It is often said that Mandarin Chinese is one of the hardest languages to learn. In fact, where in English we say “It’s all Greek to me” when we come across languages or ideas we don’t understand, many languages say ‘It’s all Chinese.”

Learning a language requires a good teacher and a good textbook. Now I like to think I’m the former, and when it comes to the latter, one quick look at Amazon will show there are a plethora of choices. Now there are the classic ‘travelers’ books or ‘quick basic Chinese’ books, but I will be honest, these are not worth the paper they are printed on! Chinese isn’t a language that a quick guide is going to work for. Unfortunately, when you learn Chinese you need a real book, an in-depth look at the language. Just like cities in China, if you don’t have a detailed map of where to go, you’ll be lost quickly.

When choosing a Chinese book, the first question you have to ask is about characters: Simplified or Traditional. Now there are lots of reasons to choose one or the other, and for each person, the answer is going to be different. The best books, though, have both.

I have been teaching Chinese for years now, and in my experience, there are three books that stand far above the rest. In third place, is the Chinese Language series by Beijing Language and Culture University. This is a great series of books, but I think it is in third place for two reasons: first it only has simplified characters; second, it’s a bit boring. It has a very ‘old school’ feel to it, and just doesn’t seem as interesting as others. If you plan on staying exclusively in Mainland China and are a bit of an old-school learner yourself, this series might still be great for you. 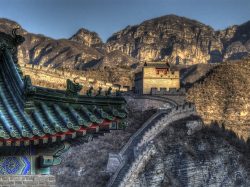 Both series are fantastic, both offer both simplified and traditional characters, and both are engaging and interesting to work with. So which one is the best? Well, that depends on you! The Course in Contemporary Chinese is harder off the bat. The first two books pour on the information and if you are looking to learn as much as possible in a short amount of time, this is the one for you. The downside being, with so much material covered in each unit, it can be a bit disheartening and can sap some motivation.

The Practical Audio-Visual Chinese starts off slower, but the third and fourth levels really step up the difficulty. Compared to the Contemporary Chinese series it can feel a bit like putting off the inevitable, but for learners who want to pace themselves a bit more, this series is better.

Whichever you choose, it’s going to be an uphill struggle, but I promise the view from the top is amazing. Being able to communicate with 1.4 billion people in their language, to have access to one of the richest literary traditions, and to tell your boss you speak the most in-demand language in the world is well worth the effort. 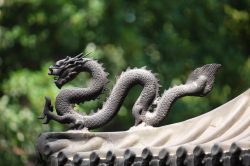 If you want some motivation, take a look at the book ‘A Billion Voices‘ by David Moser. It tells the story of how this one dialect of Chinese came to be the dominant national language and will certainly inspire you to dive into the world of Mandarin.

One of the best ways to get started with Chinese is to come work with Language Trainers. All of the teachers like me will help you pick what books are right for you, plan a class to help you achieve your goals and become a fluent Chinese speaker in no time.