Spain: the home of paella, the inventor of the siesta, and the birthplace of Castilian Spanish. Spain has always boasted a rich and vibrant culture. Its parties and festivals are well-known throughout the world. Its literary legacy features household names like Miguel de Cervantes and Federico García Lorca. And, Spanish-language films like Pan’s Labyrinth have infiltrated the global cinema scene.

Throughout the country, most people use the Castilian dialect, which is the “official” dialect for learners. Though Castilian Spanish is mutually intelligible with other dialects, there are many aspects that distinguish it from the dialects of Latin America. Here are a few of the big ones.

Take your Spanish to the next level with our qualified native speakers in your city or online!

Castilian Spanish Grammar: Yet Another Conjugation to Memorize

Many non-native Spanish learners feel intimidated by the sheer number of conjugations that exist for different pronouns. If you’re learning Spanish in Spain, there’s some bad news for you. Compared to Latin American varieties, Castilian has an extra set of verb conjugations, due to their use of vosotros as a second-personal plural pronoun (think “y’all” or “you guys”).

In Latin American Spanish, the second-person plural pronoun is ustedes, and it uses the same verb forms as third-person plural pronouns (ellos and ellas). This table illustrates the difference in verb conjugations, with the verbs hablar (to talk), comer (to eat), and vivir (to live) as examples. 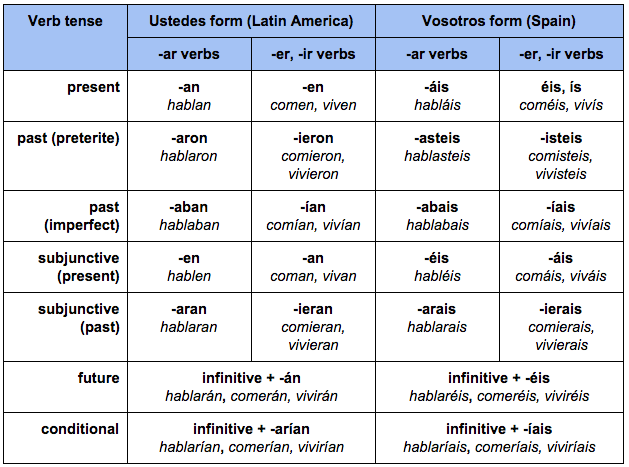 Keep in mind that you still need to memorize the ustedes verb endings on the left half of the above table.  Even in Castilian Spanish, they are used for third-person plural conjugations (i.e., ellos and ellas).  Sorry!

Fortunately, commands involving vosotros are much more easily formed. You simply remove the “r” from the infinitive, and add a “d.” Therefore, the vosotros command for hablar is hablad; comer and vivir are comed and vivid, respectively.

Castilian Spanish Accent: A Complicated Relationship With the Letter “S”

Perhaps the most distinctive feature of the Castilian dialect is its treatment of “s” sounds. Indeed, to have a good Castilian Spanish accent, you’ll have to study the various ways that “c,” “s,” and “z” can sound.

Most famously, the Castilian “lisp” occurs when a “c” or “z” sounds like the “th” in “thin.” This occurs in two contexts. First, when a z comes before a vowel (e.g., zorro). And when a c comes before an i or an e (e.g., cinco, cero). The above examples would sound “thorro”, “thinco”, and “thero”, respectively.

Even in other contexts, “s” sounds aren’t quite the same as the ones we use in English. Instead, they are palatalized, which means that their pronunciation errors on the side of a “sh” sound. A good English-language comparison is how Sean Connery pronounces the letter “s:” just listen to how he says “Nassau” (and the interviewer’s subsequent confusion) in this 2007 interview. Therefore, saying “¿Cómo estás?” might sound something like “¿Cómo eshtash?” in a Castilian Spanish accent.

A final note about the “Castilian lisp.” You may have heard that it originated because King Ferdinand couldn’t properly pronounce the letter “s.” Thus, to show deference and respect, the people of Spain began to speak that way, as well. Unfortunately, this story is just that: a story. The real reason is quite complicated but can be chalked up to natural language change rather than a concerted effort to appease a king. 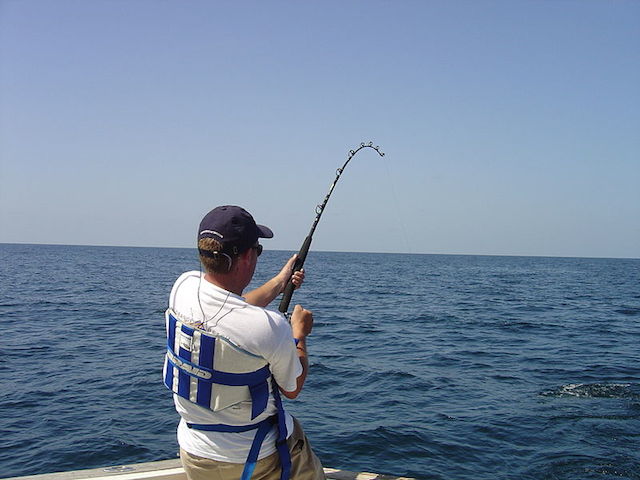 Like all dialects of Spanish, Castilian Spanish has its own way of saying things. Several everyday terms are different from those used in Latin America. For instance:

In addition, Castilian Spanish features its own slang and colloquial expressions. In Madrid, for instance, you may hear somebody exclaim, “¡Es la caña!”, which roughly translates to “That’s awesome!” (though literally it means “That’s the fishing pole!”). And if you’re pestering somebody, they may tell you not to “dar la lata” (literally, “give the can”), which means “to irritate” or “to bother”.

From memorizing the vosotros verb conjugations to mastering the various sounds that the letter “s” can make, there’s a lot to learn in Castilian Spanish. But all this studying is worth the effort. Knowing Castilian Spanish will be useful whether you’re:

Now you know the basics, but if you want to really perfect your Castilian Spanish — or any other Spanish dialect — consider contacting us about our personalized Spanish courses in your area. Our qualified, native-speaking teachers can help you reach your Spanish-language goals, regardless of which dialect you want to learn.

This article was originally published on August 6, 2015, and was updated for comprehensiveness on July 9, 2021.

Take your Spanish to the next level with our qualified native speakers in your city or online!

The Importance of Learning ‘Vosotros’ if Spain Is in Your Future Read more
See more articles about Educational, Spanish