‘Tis The Season: 10 Spanish Phrases to Keep You Jolly Through the Holidays

The holiday season is one of the best times of the year to travel to Spain – it’s low season in a lot of places so you don’t have to worry about crowds and you get to experience the holidays from the perspective of a brand new culture. Don’t head to Spain unprepared though, not only should you brush up on travel tips for this wonderful country, you should also learn some important festive phrases for your holiday abroad! Check out these 10 great holiday phrases and embrace Spanish culture head on:

Christmas may not be as big a deal in Spain as, say, Easter, but locals still love to celebrate it in big ways! Whether you’re taking part in local fiestas, having dinner with friends, or just wishing random strangers on the street, this phrase is a must.

You’ll be sure to have a blast partying away the old year and entering the new in Spain. ‘Nochevieja’ is New Year’s Eve and an appropriate way to say: out with the old and in with the new!

This phrase seems to hold a bit more meaning in Spanish because its literal translation is: ‘Prosperous New Year’. Don’t you just love the idea of wishing prosperity on someone? However, though, while wishing someone a prosperous new year is sweet, telling them to have a great one is the better way to go. 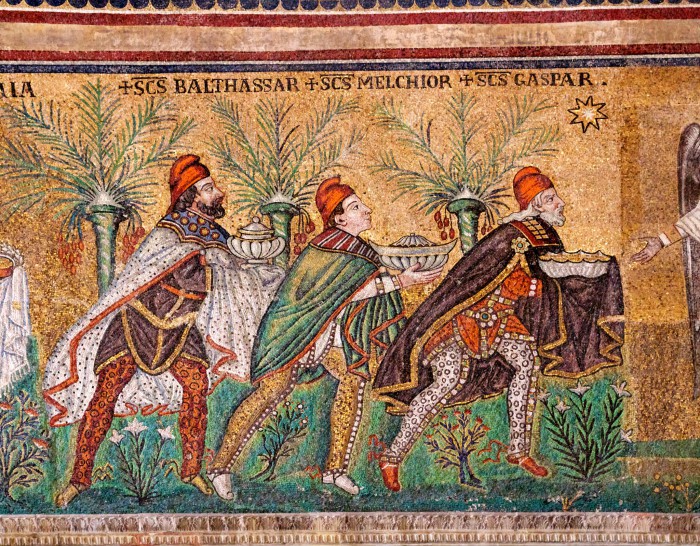 This holiday is largely ignored in the U.S., but most Spanish speaking cultures consider January 6th as the pinnacle of the holiday season. This holiday celebrates the three Kings present at Jesus’ birth and involves exchanging gifts and eating delicious food!

You may experience some confusion when you hear people talking about the Reyes Magos. Fear not, this is just the standard phrase used in Spain to refer to the three Kings, or, as most English speakers know them, the three Wise Men.

If a friend invites you over to spend nochebuena with them it probably means a large meal will be involved. Be sure to take something to share and use the first phrase on this list extensively!

Most English speaking countries have Santa Clause, but Spain has Father Christmas. In Spanish culture Father Christmas isn’t as  important a figure as the three Kings or other religious-based characters, but he does still tend to leave small presents during the holidays. 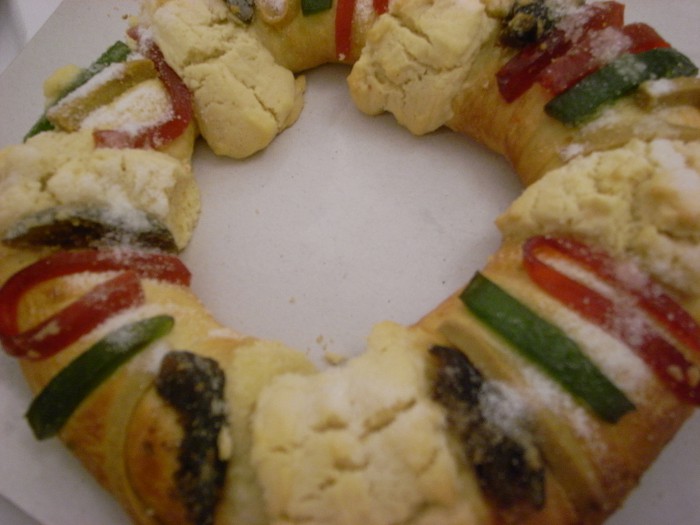 The rosca is probably the most important dessert during Spanish holidays. It’s eaten on Día de Reyes but beware! There’s always a tiny Jesus figurine, coin, or some other small item hidden in the cake. Whoever finds it has to pay for a party!

Spain has a long history associated with Catholicism and it remains a large part of the culture today. Most traditional Catholic families will attend Misa del Gallo or Midnight Mass as part of their Christmas Eve celebrations

The title for this holiday may seem serious, but in reality it’s a time for pranks and fun! Día de los Santos Inocentes falls just after Christmas on December 28th and is Spain’s equivalent of April Fool’s Day. Be on the lookout for pranksters out to play some practical jokes.

These ten words and phrases may help get you through the holiday season in Spain, but unless you learn to truly communicate with the locals, you don’t stand a chance of having a truly fulfilling experience. Be sure to sign up for some top-tier Spanish language classes before you head overseas for the holidays, and use our free online Spanish placement tests to keep your skills sharp during your journey. Then enjoy Spain’s festive Christmas season and have a very Feliz Navidad!