From Bebop To Hipster: The Origins of “Cool” As We Know It

“That’s so cool!” “Cool beans.” “Don’t lose your cool.”  Cool is one of the most versatile slang terms in the English language and can be used in virtually every scenario: to express wonder, amazement, joy, irony, sarcasm, or even just that the environment has become a little chilly.  The word “cool” generally calls to mind teenagers circa 1990, i.e. “the cool kids” who wear the best clothes, listen to the best music, throw the best parties, and have the best haircuts.  But the term “cool” actually dates back to the 19th century, when vinyl records first made an appearance.  Cool (same as its synonym “groovy,” which hasn’t enjoyed such a long running streak,), referred to a record being in the groove and playing well.  It was later revived in the 1940s by the bebop jazz musicians (everyone’s heard the somewhat outdated use of “cool” as in, “he’s a real cool cat”) and Beat writers to refer to someone who is unfazed and under control.

This notion of “cool” as an aesthetic of aplomb or aloofness is thought to have entered the jazz scene through African-American musicians, who inherited it from their ancestors of the Yoruba and Igbo civilizations of West Africa.  These civilizations followed a religious philosophy that focused on the concept of “itutu,” or mystic coolness, a state of being gentle, generous, and mentally calm, with the ability to defuse fights and disputes.  Similarly, African influence in Paris during the Jazz Age brought about the French term sang-froid.  Over the course of the 20th century the “cool pose” is thought to have evolved as a psychological defense against racism and social injustice undergone by African-American men, though in the past few years it’s spread across the entirety of popular culture.

Fundamentally an American word, “cool” has been taken up by a generation of westerners who grew up on American TV shows.  But what are other cultures’ terms for “cool”, whether used as an interjection, adjective, noun, or verb?  Ireland has plenty of them: deadly, savage, class!  While traveling in Ecuador, I met a boy who tried to teach me the vernacular of the Ecuadorian teen scene.  Fresco is their version of “cool,” meaning fresh, which is a pretty close correspondent. From its esoteric origins, cool has become a nearly universal expression, so mainstream that with the properly sarcastic intonation it can be used to mean the exact opposite.  (There is no reply so withering and guaranteed to shut somebody up, as a monotone, “Cool story, bro,” reinforced with a sneer and an eye-roll.)  Ubiquitous in movies, television, radio, and the internet, with parents picking it up from their kids and teenagers worldwide picking it up from exported American media, “cool” is undoubtedly here to stay.

What other ways can you think of to say, “cool”? 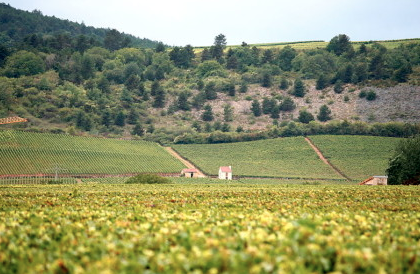