The Past, Present, and Future of the Navajo Language 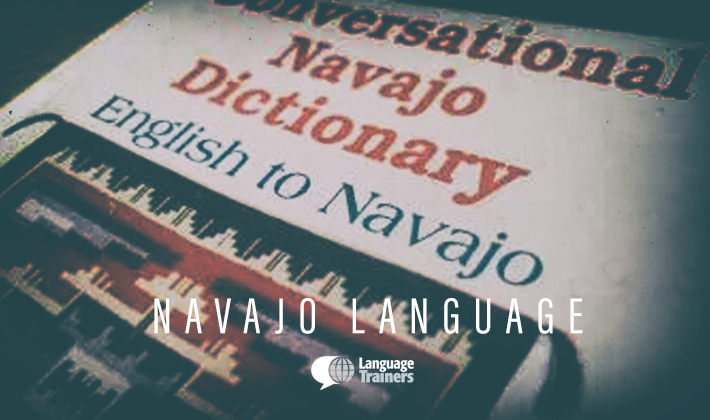 The first languages spoken in North America were made up of diverse tribes from various corners of the continent. Sadly, despite their position as first peoples, their social, political, and cultural impact have often been unjustifiably ignored in our history books.

We cannot deny that the Native Americans have woven an incalculable part in the fabric of North America. Among which is one of the most well-known tribes: the Navajo. With a vibrant culture currently concentrated in the Southwest of the United States, the history of the Navajo people and language spans centuries having had an influence on the entirety of North America. It is for this reason that we celebrate them.

Join us as we take a look into just how the Navajo have impacted the region and how their language has played such an important historical role.

The Navajo tribe is part of the Na-Den’e Southern Athabaskan language group and that is believed to have migrated from Northwest Canada and Eastern Alaska in 1400 CE, where the majority of Athabaskan speakers live. The origins of the modern name Navajo was labeled by the Spanish who originally called the Navajo “Apachu de Nabajo”.

Today, the Navajo language boasts of having more than 170,000 speakers, with 7,600 monolingual speakers; it is the second largest recognized tribe by the US federal government after the Cherokee tribe, with over 300,000 registered members. There are many dialects of the Navajo language, each dependent on where the Navajo nation lies within the four corners region (Arizona, New Mexico, Colorado, and Utah). 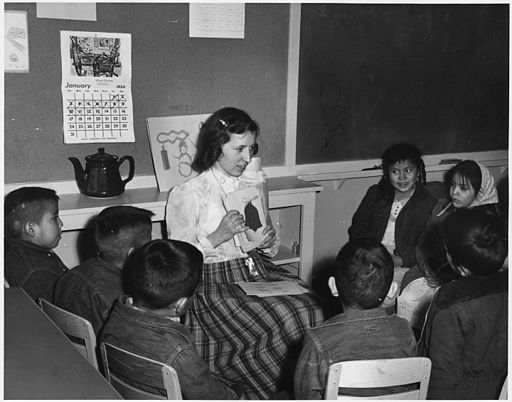 Similar to Hindi and related languages, the Navajo language has a particular sentence construction of Subject-Object-Verb.

There are four vowels that can be short, long, or nasalized. Nasalization means that air escapes from the nose when a sound leaves your mouth and this can completely change the meaning of the word. Written, nasalization is shown with a tilde, similar to the ‘ñ’ in Spanish or the ‘ã’ in Portuguese.

Next, we have consonants: among them are aspirated and ejective, which are created by a puff of air and then a burst of air, respectively, and marked with an apostrophe. Lastly, there are four tones with syllables: high, low, rising, and falling.

Interestingly enough there are no distinctions between gender for nouns in or numbers of objects. Additionally, nouns are classified in a particular ranking order: supernatural beings at the top with humans following, then large animals, small animals, inanimate objects, and objects that are unable to hurt objects at levels above them.

Each verb can have several meanings depending on the characteristics of the object. For example, the verb ‘give’ has 11 different verbs associated with the word.

Believe it or not, in the past, sign language, although different from ASL (American Sign Language), was the lingua franca among Native Americans before the arrival of the Europeans. As a result, Plains Sign talk, which is sign language with variations of Navajo, Blackfoot, Cree, and Ojibwa dialects, was the norm for communications between tribes.

As most would should remember from high school, due to the fact that many of the Japanese forces had previously studied in the US prior to World WarII, the US opted to use the Navajo language as a code language through phone and radio messages. Protecting the code even further, there was added advantage that there were no published Navajo literature until “The Navajo Language” in 1943. 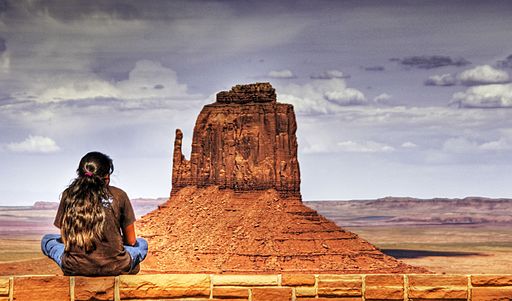 What Goes Up, Must Come Down

Unfortunately, despite the surge in Navajo popularity during the war, the 60s and 70s marked a disinterest and decline of indigenous languages. Many Navajo children were forced to attend English-only schools and American English culture and language changed Navajo identity. Consequently in 1984, the Navajo Nation council implemented that Navajo language could be taken as a comprehensive class by people of all ages.

This, combined with an upsurge in interest in the language and even Navajo computer fonts later down the line, led to more Navajo literary works and the Navajo language becoming normalized. It has even grown to the point that the Super Bowl was first televised in Navajo in 1996, Star Wars (1977) was the first motion picture translated into Navajo in 2013, and the radio station KTTN broadcasts in English and Navajo.

On the Native American language front there has been resistance against native languages being taught, as some feel English should be the primary language. However, this hasn’t stopped schools like Tséhootsooí Diné Bi’ólta’, which is a Navajo language immersion school in Fort Defiance, Arizona. The school is over 90% taught in Navajo and starting in the third grade is when English is taught. Evidence shows Navajo immersion students excel on standardized tests, a common conclusion for multilingual speakers. Lastly, there is a unifying sense of pride that comes from learning and speaking Navajo, enabling them to preserve their heritage and history.

On a final note, as a result of the growing interest and the strength of the history and culture of the Navajo language, it is no surprise that the 2010 census showed that Navajo was one of the few North American Indian languages with an increase in speakers. Hopefully this is a sign that the Navajo language will continue to grow and flourish for many years to come.