A nation’s language is the most fundamental safeguard of its cultural identity.  When one country invades another, usually one of the first steps is to supplant the conquered language with the country’s own language in order to stifle rebellion in its most basic form.  Throughout its long history of being occupied by neighboring countries, Estonia has managed to maintain a strong sense of cultural heritage through their love of singing.  Their most famous song festival (Laulupidu in Estonian,)—declared by UNESCO to be a Masterpiece of the Oral and Intangible Heritage of Humanity—has been held every five years in July since 1869, and played a key role in Estonia becoming the first nation to secede from the Soviet Union.  The Estonian Singing Revolution, a term coined by activist Heinz Valk, was a movement in which free expression of a language and culture were not only the end results, but the means of fighting as well.

Singers at the Laulupidu festival

After less than two decades of independence from Imperial Russia, Estonia was invaded by the Soviet Union in 1939, Nazi Germany in 1941, and then the Soviet Union again after the end of WWII.  To destroy all traces of Estonian resistance, thousands of teachers, writers, politicians, and their families were executed or deported to concentration camps in Siberia.  The Soviet Union then mandated a period of Russification, imposing Russian language, culture, and collectivization to destroy all mementos of pre-Soviet life.  During these times thousands of men and women took to the forests to form a guerilla resistance called, “The Forest Brothers.”

While other aspects of Estonian culture were repressed, song festivals were allowed to continue, with a heavy slant towards Russian propaganda, of course. When composer Gustav Ernesaks set the poem “Mu isamaa on minu arm” (My Fatherland Is My Love) to music, it immediately became a symbol of protest among the Estonian people.  From then on, every song festival ended with a chorus of tens of thousands singing Mu isamaa on minu arm, and in 1985 when Mikhael Gorbachev introduced glasnost and perestroika, fifty years of smoldering unhappiness quickly flamed up.  Mild demonstrations on environmental matters led to heated political protests denouncing Soviet occupation.  After a demonstration in Tartu, a hundred thousand people peacefully stormed the festival grounds to sing folksongs, dance, and fly the forbidden Estonian flag.  In the summer of 1989, one million Estonians, Latvians, and Lithuanians linked arms and made a 600 kilometer human chain along the three Baltic countries in protest at illegal Soviet occupation.

Amid rising violence against protesters in Lithuania and Latvia, Estonia established a Congress in 1990, surprisingly to no Soviet retaliation.  Following a coup in Moscow and Gorbachev’s arrest in 1991, Soviet tanks invaded Estonia, causing thousands of people to stand as human shields between the tanks and Estonian TV and radio stations.  Realizing that this might be their last chance to take a stand, all factions of the Estonian freedom movement unanimously declared Estonian independence.  Two days later the Soviet Union collapsed and Estonia was recognized as a nation worldwide.

Over half a century of immense hardship, Estonia was able preserve their language, their culture, and their spirit of resistance.  Their love of singing persists in the traditional Song Festival as well as celebrations geared towards the newer generations, such as the Digital Song Festival, and the Punk Song Festival.  But despite evolving to include new genres of music, Laulupidu remains a symbol of the immense power that music has to move a nation to action against an aggressor.  Through their songs and convictions, Estonia brought about a bloodless revolution and continues to be an inspiration to this day.

What experiences have you had where music or language were combined with activism? 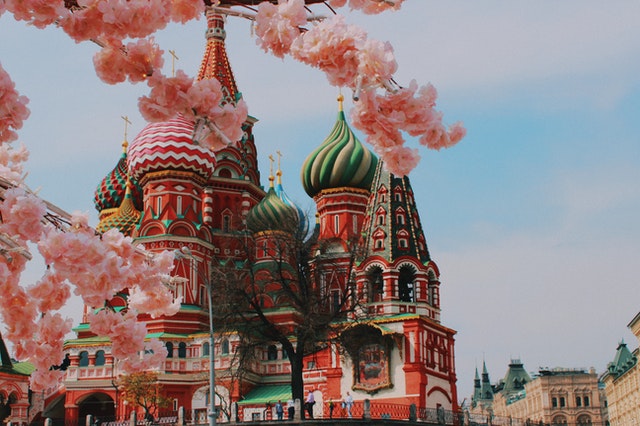 Doing Business in Russian: Everything You Need to Know About Russian Business Culture Read more