5 Famous Festivals in India You Should Know About (and Celebrate)

India is a fascinating country where people with different traditions and cultures coexist. The nation is famous for having hundreds of religious festivals and, depending where you are, the same holiday may be celebrated very differently from other parts of the country. Being able to experience a local festival can be the best part of any journey to India and will surely leave you with memories as vibrant as the holidays themselves. If you’re planning a trip to India read on to learn about some of the country’s most popular festivals so you too can get in on the action while you’re there! 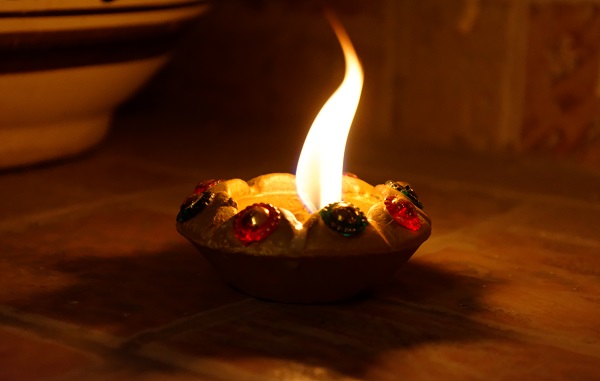 What: Also referred to the Festival of Lights, Diwali is arguably India’s biggest festival. Some people even refer to it as the Hindu version of Christmas. During this holiday revelers clean their homes, buy new clothes and jewelry, and offer up puja (prayers) to a variety of important Hindu gods. But the reason it’s called the Festival of Lights is because on Diwali Eve people light little clay lamps and set them around and outside their homes. India literally is alight!

What: Islam is the second biggest religion in India (next to Hinduism), so it stands to reason that Ramadan would be a pretty big deal. Ramadan is the Islamic month of fasting in which Muslims don’t eat, drink, smoke, or have sex during daylight hours. The fasting is offered as a tribute to God and more praying tends to happen during the month of Ramadan. Once the sun sets the streets come alive with food stalls, restaurants, and eateries staying open until the wee hours in order to accommodate to their Muslim clientele. Entire families go out together to take part in these nighttime festivities and feasting, and it can be a fun experience to join in.

What: Holi has become such a popular holiday that in many Western nations it tends to be celebrated in some form. This is probably India’s most colorful festival and can be a truly wet and wild experience. People take to the streets to douse each other with buckets of water, throw water balloons, and smear one another with colorful powder. You’ll be walking around in multicolor for days after this super fun festival is over!

What: Janamashtami can be a very visually stimulating festival to witness, and something you’ll definitely never forget. This holiday commemorates the birth of Lord Krishna, one of the most important gods in Hindu mythology. According to Hindu lore, Krishna was a mischievous child who loved milk, sweets, and ghee (clarified butter), so during this holiday women fast and make lots and lots of milk-based sweet treats. Small children will even dress up as Krishna for this special festival! One tradition that is carried out with a particularly enormous amount of exuberance involves hanging a clay pot filled with buttermilk high above the ground. Men, who have trained for weeks leading up to the event, form a human pyramid and attempt to reach the pot. The person at the very top of the pyramid tries breaking the pot with a blunt object, and if he succeeds the entire group is doused in buttermilk—symbolizing achievement through unity. 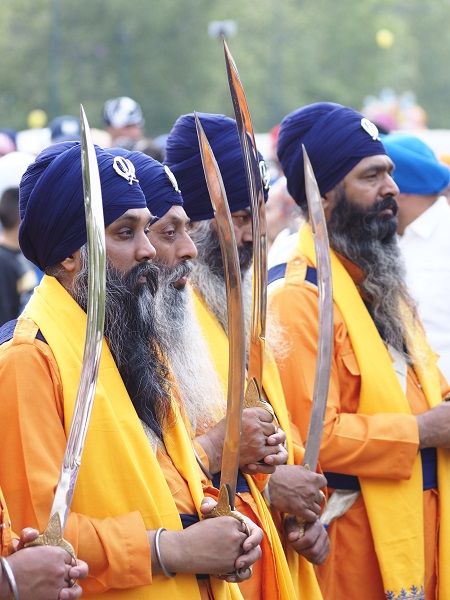 What: Dating all the way back to the 17th century, Baisakhi is one of India’s oldest festivals. Celebrated amongst the Sikhs in the northern part of India, and primarily in the state called Punjab, Baisakhi an ancient harvest festival. People gather for Baisakhi and to thank God for a good harvest. According to ancient legend, the holiday began on a March day in 1699 when thousands of people had congregated, seeking their Guru’s blessing. The Guru gave a rousing speech telling them that every great deed is preceded by sacrifice, and then called upon those willing to give their lives. One by one, five men entered into his tent and the Guru returned alone with a bloody sword. The five men reappeared wearing saffron robes and turbans, and became known as the ‘Beloved Five’ in Sikhism. Today, the festival is highlighted by processions, reenactments, and traditional performances. Definitely not to be missed if you happen to be in Punjab in early April!

Which of these Indian festivals sounds the most interesting to you? Why? Have you celebrated any of these? Share your experience with us below!