Welcome to French Canada, a Canadian province that many consider to be more like an independent country than a part of Canada. It has its own history, customs, and the citizens speak French! French Canada’s largest population resides in Quebec, where there has been a tumultuous past of integration into the rest of Canada’s provinces. French Canada is proud of its unique culture brought by the area’s French settlers beginning in the 16th century. Here is a peek into five things you may not know about French Canada:

1. Carnivale is the region’s most celebrated holiday

French Canada celebrates both Canadian national holidays and its own provincial holidays. Many are influenced by the Roman Catholic roots. Some of these special holidays are Good Friday and Easter Monday, the religious feast day St. Jean Baptiste Day, and Victoria Day to celebrate Queen Victoria’s birthday. The biggest celebration is arguably Carnivale, which is comparable to the Mardi Gras festivities in New Orleans. Winter Carnivale is a two week celebration that includes snow sports, ice sculptures, parades, competitions, and town fairs. The Ice Palace is a famous symbol of goodwill to all citizens.

2. The food is influenced by European cuisine with local ingredients

The cuisine in Quebec is a delicious blend of traditional French cuisine with local and international influences. In large cities like Montreal, there is a large immigrant population with international cuisine from Asia, Europe, and the Middle East. More traditional Quebec dishes include meat and salmon pies, poutine french fries and gravy, maple syrup pie, cider, and special curdled cheeses. The most famous treats are boiled maple syrup that’s frozen over snow and Caribou, a liquor served during Carnivale.

3. The spoken French is completely unique!

French is the official single language of the province. Some cities are more dominant in only speaking French and others include a balance between English and French. The French spoken in French Canada is quite different than the French spoken in France. It is based on antiquated French brought by the original settlers and is many times mixed with English expressions. For example, the word appointment is appointement instead of rendezvous, the word used in France. This French-English fusion is called Chiac. Fascinatingly, much of the dialect has been preserved from seventeenth-century expressions that have not changed in the modern evolution of French in France. 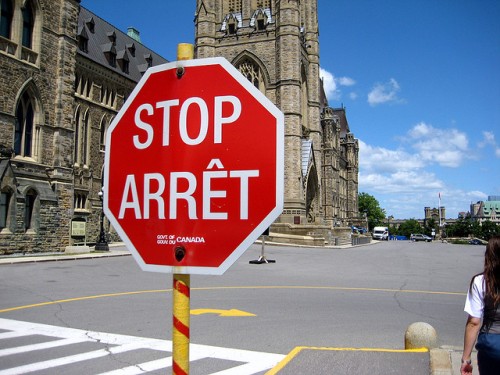 Hockey is considered the national sport in French Canada. They are extremely proud of their French-Canadian athletes that are on every single team in the National Hockey League. Since the region has long and snowy winters, it is the perfect environment to practice ice-hockey in its natural habitat. The team from Montreal known as the Habitants have won the Stanley Cup for League Champions over 20 times! All other winter sports like skiing, snowboarding, snowshoeing, and dog sledding are very popular with residents as well. 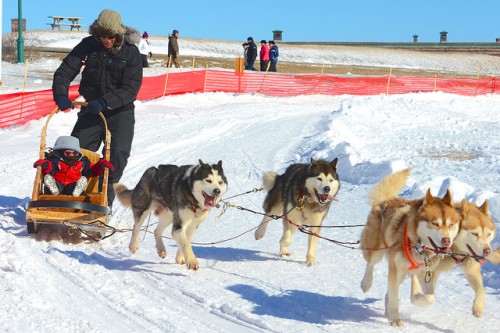 5. The maple syrup is the best in the world

Just like Canadians across the country, French-Canadians enjoy outdoor activities. Many own summer or winter cottages where they escape the city for a relaxing break during the weekend. A favorite pastime for families is called “sugaring off.” In early Spring, they head to the woods and search for maple trees to tap out its sap. They boil this down in sugar shacks to make maple sugar and maple syrup. If you haven’t tried Quebec maple syrup, you are truly missing out!

Travelling to French Canada is like entering into a French mini-universe. If you want to head to the mountains and sugar off or participate in Carnivale festivities, it’s best to start practicing your French. You can begin with taking a level test and then choosing the right French course for you. Then while you are in Quebec, pick up the local slang and speak like a French-Canadian!