4 Films to Help You Study the Scottish Accent

Whether you’re a film buff or just someone who is really interested in Scotland, you won’t be disappointed with the amazing films out there. While not all of these films deal directly with the history of Scotland and its people, they each give you a unique taste of the countrymen, their issues, their strengths, and the blackest sense of humor you may ever encounter. Fortunately, there is a plethora of Scottish films to peruse. If you don’t know where to start, our top 5 will give you a taste of some of the best Scotland’s film industry has to offer!

A movie based on Irvine Welsh’s novel of the same name, Filth is an intense ride and has more than a few dark moments. Drugs, alcohol, sex, police corruption: this film has it all and then some!

James McAvoy (star of Atonement) was one of the major producers of this film and plays the lead role of Bruce Robertson. He’s a corrupt cop that will do things that make you question your faith in humanity. He stars alongside Jamie Bell (Billy Elliot star), and Eddie Marsan (At World’s End, amongst others).

Robertson does everything possible to destroy the lives of his coworkers, ruin his own marriage and solve a brutal murder. You’ll find yourself unsure of his motives, and alternating between rooting for him and hating his guts. Though it can be a hard film to watch at times, the dark humor and the gripping storyline will keep you glued to the screen until the bitter end.

Queen Victoria is staying at her Scottish home at Balmoral Castle and is in mourning over her husband Albert’s death. She meets and develops a unique relationship with a member of her household staff, Mr. Brown.

He is determined to treat her with respect while still bringing her back out of her mourning and into regular life. Naturally, this brings about a host of problems and we watch their relationship play out.

Dame Judy Dench, Billy Connelly, and Gerard Butler star in this award-winning film that will tug at your heartstrings. You’ll also have the pleasure of seeing some of the finest actors of the 20th (and 21st arguably) century on the stunning backdrop of the Scottish highlands.

This seedy cult film is set in the underbelly of Edinburgh, focusing on 5 “friends” and the pitfalls of heroin addiction and a life of unemployment.

A dark comedy, you’ll find yourself laughing at some of the strangest things in this film, along with being disgusted and incredibly sad with the things that befall Mark Renton or “Rentboy” (played by a young Ewan McGreggor). Johnny Lee Millar and Robert Carlyle help round out the amazing cast of this film.

Another adaptation of an Irvine Welsh novel of the same name, much like the aforementioned Filth, it will leave you with a lighter heart than Filth did, and it will definitely make an impression.

Did we like it? 5 out of 5 stars. Extra points for the insane heroin detox scene.

This dark comedy/crime film was directed by Danny Boyle before the world knew what a directing genius he is. The premise is 3 friends sharing a flat in Edinburgh when they decide to get another flatmate. A few weeks later they find his dead body and a suitcase full of cash. What happens next is anyone’s guess, as they descend into madness, chaos, and the hilarious results of what is to follow.

Again, Scotland proves it can rock a good dark comedy, and this story keeps you laughing and questioning humanity throughout, all the while making you wonder “What would I do if it were me?” The mix of characters and crazy scenarios will keep you guessing and riveted throughout this film. Definitely not one to miss!

Scottish accents can be trying for North American speakers, let alone ESL learners. If watching these films has encouraged you to improve your English listening skills, contact us and we’ll find you a qualified native English teacher that adapts to your specific needs and requierements! 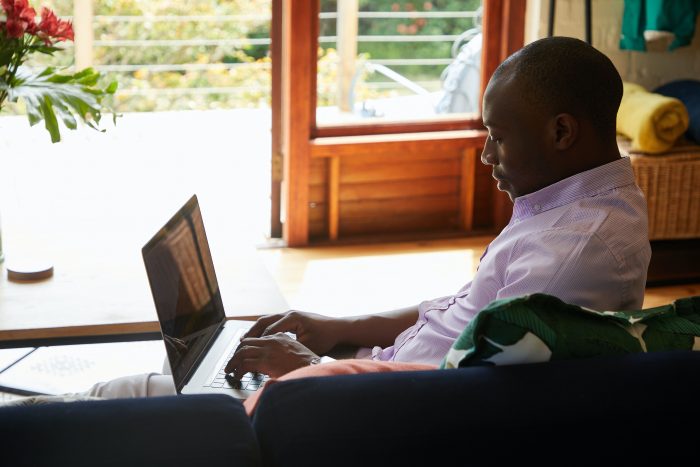 ¿Why don’t we use the Spanish inverted question mark in English? Read more
See more articles about Culture, Educational, English