If you can’t stop thinking about your Spanish exchange classmate, go to bed fantasizing about that Mexican girl you met at a birthday party two weeks ago, or count the days left to see your Argentinian boyfriend again, we know what’s going on here. You are completely enamorado. Head over heels. Crazy in love. And that’s a beautiful thing. So, instead of just lying in bed and sighing to the point of hyperventilation, why don’t you learn a few Spanish nicknames for boyfriends and girlfriends so you can surprise your loved one in their own language?

In this article, you will find the cutest, sweetest, (and frankly) cheesiest nicknames in Spanish for guys and girls used in Mexico, Argentina, and Spain.

How do I know all of this? Well… Let’s just say my dating life has quite literally been all over the place.

No. I’m just kidding. I actually got invaluable help from our experienced teachers Sonia, Jimena, and Fernando this time around. So let’s get started.

First, to bring you the best Mexican Spanish nicknames for boyfriends and girlfriends, I went to Sonia.

Spanish nicknames for boyfriends and girlfriends? Oh, God, we have lots of those. We use “mi amor” (my love), “cariño” (honey), and “mi vida” (my life), which are quite universal; but then, we have a few nicknames in Spanish for guys and girls that people from other cultures may find perplexing.

Take “mami” (mommy) and “papi” (daddy), for example. They may be read as sexual or borderline offensive in other places, but not in Mexico. Here, it is very common to hear couples – even old couples – calling each other “mami” or “papi” in public.

I see… Well, now that you say it, I would have thought those were rather sexual.

There is a way of making them more sexual. If you add the suffix “cito” (masculine) or “cita” (feminine), which means “little”, the tone changes completely.

Exactly. Don’t you feel a bit dirty even saying those out loud?

As a matter of fact, I do! So, what other Spanish nicknames for boyfriends and girlfriends can we find in your country?

Well, another term that some people may find offensive in other cultures is “gordito” or “gordita” (fatty). In Mexico, it’s absolutely cute though. Oh, and then there’s “güero”, which is how Mexicans refer to blonde people. If you have a blonde boyfriend or girlfriend, you can absolutely call them “mi güerito” or “güerita”. If you don’t want to refer to any physical traits, however, you can go for old classics like “mi cielo” (my heaven) or “corazón” (my heart).

Though I was feeling a bit overwhelmed after talking to Sonia, I also wanted more. So I went to Jimena so she could tell me everything about Spanish nicknames for lovers in her country.

I’m actually very happy you’ve asked me this question. You know, in Argentina, we are so good with nicknames and pick-up lines that we have come up with a term to refer to the ability to seduce people with words. “Chamuyero”, which could be translated as “a flirt” or “a flatterer” is a word we use to describe people who are very inventive when it comes to the language of love.

So, what is the first Spanish nickname for a boyfriend or a girlfriend that comes to mind?

Well, nowadays it is very common for young people to call each other “bebé” (baby). But you have to be very careful with this one. While “baby” can sound romantic and protective in English, in Spanish it’s rather sexual. To give you an example, if you show a picture of a girl to a friend and he thinks she’s very sexy, he will usually say “Uy, bebé…” (Oh, baby).

While biting their lips?

You got it. [She laughs.] So, while you can use this Spanish nickname for a boyfriend or a girlfriend, you should know it can be seen as too cheeky by some people.

To be honest, the most popular nickname in Spanish for both guys and girls here is “Amor” (love). If you have been in a committed relationship for a while, that’s usually what you call each other: Love.

Oh, that one is also very popular. “Bombón” (bombon) gives the impression that you want to eat your lover up. It’s romantic but it’s also sexy, you use it to express both love and desire. As a result, it’s usually more frequently used at… you know, the earlier stages of a romantic relationship. A more innocent version of that would be “lindo” or “linda” (pretty), which means “nice” in some Spanish-speaking countries but is used as a synonym for “pretty” or “beautiful” and as a term of endearment here.

Last but not least, the always reliable Fernando came up with his own nice list of Spanish terms of endearment for lovers.

You know how methodical I am, right? When you first told me you wanted me to collaborate with you on this article I started to take notes and I realized that Spanish nicknames for boyfriends and girlfriends can be divided into three sections.

Oh my God. I wasn’t expecting such commitment. So, what would be the first category?

The first one isAnimals. I can think of at least four nicknames in Spanish for guys and girls that are just names of cute animals. “Gatita” (little cat), which is mostly used for girls, “tigre” (tiger), which is usually used for men, especially to emphasize how strong they are, and a couple of gender-neutral ones like “conejito/a” (little bunny) and “pajarito/a” (little bird).

Then, we have a group of Spanish nicknames that derive fromBody parts.

That sounds kind of creepy.

I know. But it isn’t, really. In context, they’re quite cute. “Ojazos” (from “ojos”, eyes, meaning big, beautiful eyes), is both a nickname and a common compliment. “Corazoncito” (little heart), another popular choice, is a sappier version of “corazón” (heart). Then you have “orejitas” (little ears), “mofletitos” (little cheeks), and “barriguita” (little tummy), which are not as popular as the other ones but are still quite common.

Okay, this is getting too cloying syrupy

And you haven’t heard the worst part yet! The next category is… wait for it…Confectionery. As you can imagine, these are the most sugary of all Spanish nicknames for boyfriends and girlfriends! Here you can find “pastelito” (little cake), “caramelito” (caramel), and “bomboncito” (little bombon).

I imagine these are not that common, though.

Well, they are. They are very common. 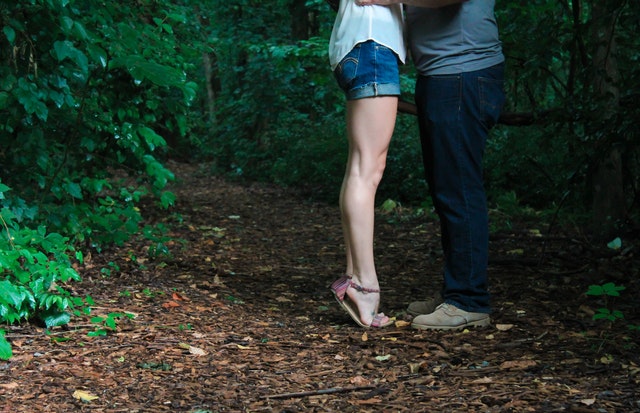 Keep Learning with our Native Teachers

Now that you know how to surprise your Spanish-speaking lover in their own dialect, are you ready to delve deeper into this beautiful language?

At Language Trainers, we provide one-to-one lessons so that students can focus exactly on what they need to learn to meet their personal or professional goals.

But, what is it that sets our company apart from our competition?

Eric Jones, a happy client from Las Vegasho’s been taking Spanish lessons with us since March, reached to us with some very nice comments:

“For me, there are two things that really set Language Trainers apart. First, their online format means your language options are not limited by your geographic location. You have access to excellent teachers all around the world. Second, unlike with “freelance” teachers on the web, with Language Trainers you don’t have to worry about the quality of your lessons or the reliability of the teacher. Language Trainers holds their teachers to a very high standard and frequently checks in with you to ensure those standards are being met.”

What are you waiting for? Send us a quick message now and we’ll arrange a trial lesson with a native Spanish teacher from whatever country you have your eyes set on! Yes! A free trial lesson, with no strings attached.