Learn a Language with Wordle!

How much time are you willing to devote to language learning every day? Does “five minutes a day” sound doable enough for you? Well, that’s precisely what it will take you to solve Wordle, the viral puzzle word game sensation that people all over the world can’t stop talking about. Yes, you can learn a language with Wordle!

In this article, we will explain how to play Wordle step-by-step, as well as how you can turn a fun, quick puzzle game into a language-learning resource. 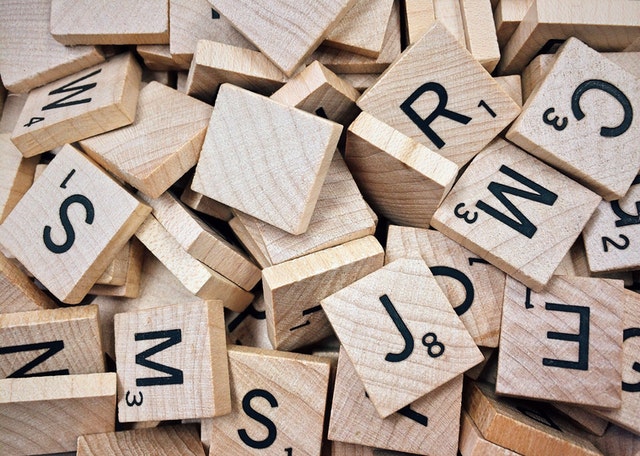 Josh Wardle, a software engineer from Brooklyn, knew his partner loved puns. In fact, they spent every Sunday morning in bed doing New York Times crossword and solving and Spelling Bee puzzles. As an act of love, he decided to create a guessing word game just for the two of them. He called it Wordle, a pun based on his incredibly appropriate surname.

At first, it was a private thing, something fun to do before breakfast with your significant other. But soon they realized that Wordle not only had the potential to become something bigger, but it could also bring much-needed joy to other people amidst a global pandemic. That’s how Wardle decided to introduce Wordle to his family. A few days later, it had become an obsession. Every time Wardle opened his family Whatsapp group, there were dozens of messages begging him for more. More words, more games, more languages.

The response was so enthusiastic that, in October 2021, he decided to release Wordle to the rest of the world. On January 2, just two months after the game had been launched, more than 300,000 people were playing it. Today, Wardle’s little creation is played by millions of people around the world and has just been bought by the New York Times.

How to Play Wordle

Part of Wordle’s success relies on its simplicity. It’s a one-level, one-goal kind of game whose only objective is to guess a five-letter word in six attempts. This mysterious word is known as ‘wordle’. Each time you make a guess, the blocks change color to tell you how close you came to guessing the word.

With every attempt, you get a clearer picture of what the word will look like, making it easier to crack the game before your sixth and final chance.

You still can’t picture what the game actually looks like? Let’s play it together, then. (No, I’m not obsessed with Wordle and I was not looking for an excuse to play it again. Not-at-all…)

By the way, because this is a language-learning blog, I thought we could introduce a linguistic challenge and play the Spanish version of the game, I hope you don’t mind.

The first thing you will see when you open Wordle is five empty blocks. No clues, no ‘first letter’, no nothing. You just have to make a guess. Here’s mine:

‘Mouse.’ Why? I have no idea. But, amazingly, I got two hits: two of the letters are in the right place. Oh, and look! There’s an O that should be somewhere else in the world… Maybe at the end, I wonder? After all, O is the most common ending for masculine words AND for present tense verbs in the first person singular….

Okay, this is getting too nerdy. Second attempt.

‘I scratch’. I know, weird choice, but look. I was right about the position of the O. Now we only have two more letters left to guess.

‘I grate’. Yes, as in ‘I grate cheese’. Another weird choice, this time with no new right guesses. Maybe we’ve had enough verbs for now? Let’s try with an adjective.

‘Fast’. A nice Spanish synonym for rápido and a new hit! Well, almost. Remember what we said about yellow? Right letter, wrong place. The good thing is that now we know for sure what the right place for D is, as there is only one gray block left.

And now I think I got it.

I knew it! The right word is radio, which means exactly the same thing as in English.

Do you see? In less than five minutes, you can have a bit of easy fun while you exercise your brain.

There are many ways in which you can have fun with Wordle. You can play it alone or in teams; you can time yourself every day and try to do it faster every time; you can even challenge your friends to see who can get their word right in the fewest attempts!

But Wordle can be much more than just a fun game. If you look at it with the right mindset, Wordle can become a great language-learning resource.

By changing Wordle’s language setting, you will cause the algorithm to use only words available in the dictionary for the target language. Playing the game in this way provides a fun excuse to think about the vocabulary of whatever language you’re learning for a few minutes every day, as you will find yourself revising your lexical inventory in order to get the right word.

Currently, the website is available in more than a dozen languages, including English, Spanish, Italian, Belarusian, Catalan, Japanese, Chinese and French.

To change the language of Wordle you will have to:

Capitalize What You’ve Learnt on Wordle

Do you really want to make all those games count? By following the tips below, you can turn both your hits and fails into memorable language lessons:

As you can see, Wordle can be much more than just a bit of silly fun. If, like us, the game has inspired you to capitalize on all the words you’ve been learning, send us a quick message saying what language you want to explore and we’ll match you with a native teacher for a completely personalized course. What’s more, if you contact us by clicking on this link we’ll offer you a free trial lesson, with no strings attached.