“Coding” – The word everyone engulfed in technology says, but the word that people outside of that world can’t seem to understand. Maybe you’re not in the former, nor the latter. Maybe you know something but don’t really understand how or why. Read on to learn the language oftechnology that’s making everyone fall a little head over heels.

What is it? Let’s learn the basics:

Coding is… what underlies all websites, apps, and computer software. It is what gives life into every simple blog post like this one. It is a process of assembling computer-friendly characters into hundreds of lines of code that, when associated with a URL, turns into something magical and real (just like what you’re reading). Take this post for example:

If any of you had MySpace, LiveJournal, or even Xanga (throwback!), then you may have seen this before. This is code. Aside from being considered a language, the comparison could also be made to a set of rules or instructions, like a recipe, that a computer can understand. It is through human-written code that everyday objects like phones, watches, microwaves and cars can function.

The distinction between the various coding languages, with names like Java, Python, C++, C, is that some are considered “high level” while others are “low level.”  Lower-level languages, like C, more closely resemble binary code—the 0’s and 1’s that computers operate on—while higher-level languages are easier to code in (source). 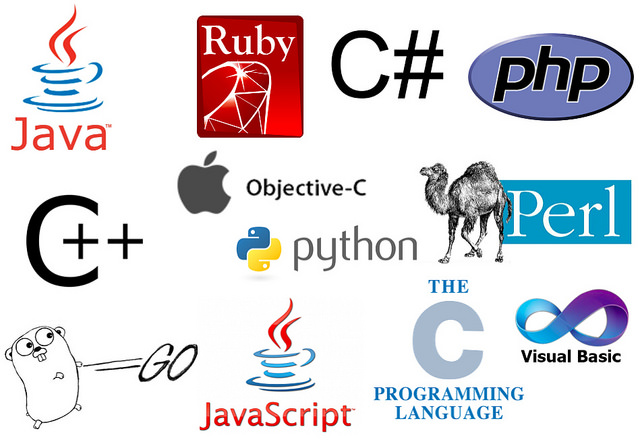 Bringing Coding to the Real World

We all know that are world is getting more technological by the minute, which is why coding camps and summer courses have become de rigueur today as careers in programming, developing, or software engineering are lucrative and highly competitive.

“Computers and programming have become part of our global culture,” stated Sen. Jeremy Ring of Margate, the sponsor of a Florida proposal to swap out the two foreign language courses required by the state’s high schools in favor of classes in programming languages.

To deny our tech-based culture, rife with Instagram Stories and Snapchat filters, is to deny the reality of how we receive information and entertainment today. Still, the educational approach to language has remained relatively unchanged: in high school and college, students must contend with foreign language requirements that they begrudgingly fulfill. Let’s face it: ten years later on a Paris trip, it is doubtful that a once-disinterested student would have any recollection of French language basics. However, so the argument goes, if students could walk away from high school with a solid understanding of coding, in the future they could potentially meet the high demand for software engineers and have access to a job opportunity that wouldn’t be yielded by foreign language proficiency.

In The Atlantic’s “America’s Lacking Language Skills,”we learn that as of May 2015, less than 1 percent of American adults were proficient in a foreign language that they studied in a U.S. classroom. In 2008, 93 percent of U.S. high schools offered foreign languages, according to a national survey. Clearly, there is a knowledge gap— either there isn’t enough time and emphasis placed on the learning of foreign languages, or there is a lack of interest on the behalf of the students.

Amidst education budget cuts, difficult questions must be asked about the value of each requirement, and some are arguing that coding classes should go in place of traditional language courses. Arguments for both sides look something like this:

When it comes to the pro’s and con’s of exchanging foreign language requirements for the other kind of languages, much of the future societal effects can only be imagined. It may sound abstract to say that there will be a loss of identity, as in the situation where a student may strongly connect with a foreign language, such as Italian, and it becomes a lifelong pursuit that forms a part of the student with time. Imagine if the student was never given the initial exposure to those language classes— would he or she seek it out independently?

The effect of foreign languages and culture on an otherwise wholly American student body cannot be fully measured, as it may be opening a student up to another type of learning that they otherwise wouldn’t have pursued. Furthermore, the study of foreign language can be the impetus to travel to unknown countries, where a student can see another way of living and the values of a place completely unlike the United States. Such travel and curiosity can lead to a more open minded population as a whole, which can’t be understated for avoiding the downsides of nationalism (see: Trump) and promoting the diverse backgrounds of United States citizens.

The American tendency can be to frame everything within investment and potential return. It’s easy to see a direct, positive return if we increase the percentage of citizens who get a job in tech post-graduation, citizens who are likely making a six-figure salary. However, what is lost in the emphasis on tech coding is the diversity of other careers and arts that provide dimension and depth to our society’s skills and interests. While we may be rapidly hurtling toward a tech-dominated future, would a world of coders be inherently more interesting, or even human-like?