The U.S. may be known as a ‘melting pot’ culture, but Americans somehow still manage to get stereotyped as being monolingual. In the United States we speak English, and when we go abroad we expect other people to be able to do the same. But the reality is the U.S. is a very linguistically diverse country and language other than English are a vital part of life for many Americans. From west coast to east coast, north to south, and into the Midwest, check out these 5 languages used daily in America!

You probably had an inkling that Spanish would be our first honorable mention here. An astonishing 18 percent of Americans speak Spanish and there are roughly 40 million Spanish speakers living in the U.S. today. Other than English, Spanish is the most widely spoken language in America and considered a staple subject in schools that require language learning. There are some parts of the U.S. where Spanish is such an ingrained part of the culture that people have developed an entire new language that combines both Spanish and English: Spanglish. It’s easy to see that the Spanish flavors are strong in the American melting pot!

If you’ve ever visited San Francisco or New York City, you’ve probably noticed that there is a high concentration of Chinese-American communities. San Francisco was once the port of entry for many Chinese immigrants hailing from places like the Guangdong province and Hong Kong. As you probably know, Chinese immigrants often served as laborers during the Gold Rush in the 1800s and have since then become an intricate part of the American tapestry. In later years, the U.S. also welcomed immigrants from other parts of China as well as Taiwan, and Mandarin and Cantonese took their place in the American linguistic soup. According to a federal census, varied forms of Chinese used in the U.S. make it the third most spoken language group!

Filipinos have had some role in American history dating as far back as the 16th century. Today, Tagalog is the second most widely spoken Asian language and is still used widely in Filipino communities that have thrived primarily in the south. In many ways, Tagalog has followed the same journey as Spanish. English and Tagalog have become an important identity marker for Filipino-Americans and led to the creating of Taglish (a combination of Tagalog and English). The melting pot is getting pretty interesting, isn’t it? 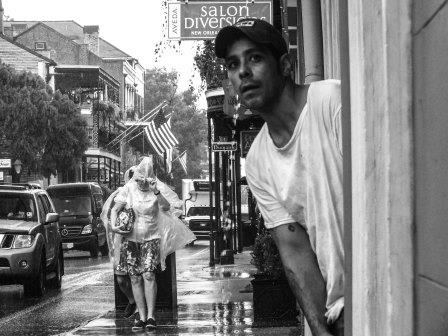 If you grew up speaking Cajun French, you’re probably well aware that it differs wildly from the type of French spoken in cities in France. The state of Louisiana never really lost touch with its French-Canadian roots though because you can hear several varieties of the language, all of which, despite their differences, are lumped together as Cajun French. Nowhere in the world can you find a language like Cajun French, and it hearkens back to the true original Americans because these language varieties are a combination of Native American tongues, English, and French. 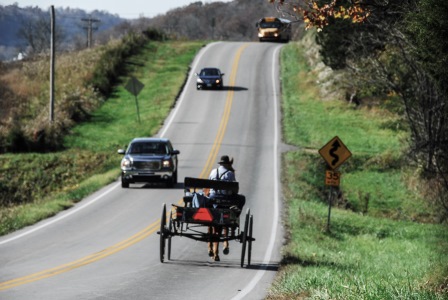 Having had a great-grandfather that emigrated from Austria, I grew up in a household where both my grandfather and father spoke some German. However, German in America is actually more closely associated with the Amish and Mennonite communities which thrive in Pennsylvania, Ohio, and several other states. While these groups are often referred to as Pennsylvania Dutch, they actually speak German and the language is an important part of their identity and culture. In fact, many of the members of these communities can converse as fluently in German as they can in English. It’s a true bilingual society!

As you can see, multilingualism is a big part of American culture and the U.S. wouldn’t be the fascinating country it is without the diverse combination of languages that coexist with ease alongside the predominant English. If you ever thought that the United States isn’t linguistically varied, now you can think again, and maybe learn some German or Spanish to really embrace the American way of life!

Are there any languages you speak that form a part of your identity as an American? Tell us which ones and why they’re important to you!