If you’re taking the initiative to learn Swedish for an upcoming job relocation or business trip, you may have mastered the grammar and vocabulary only to find yourself choking when it comes to simple conversations.  This is understandable; speaking Swedish has an entire different tone and rhythm from what you’re used to, with plenty of unfamiliar sounds thrown in.  Here are the top five ways for you to perfect your Swedish accent and, little by little, train yourself to speak like a native Swede. Searching for Swedish classes? Learn Swedish in Miami with one of our teachers.

1. Be careful with your vowels.  As in most languages other than English, the vowel a makes the “ah” sound, as in “father.”  The sounds of e, i, o, and u are familiar, but more alien to foreigners will be the vowels y, å, ä, and ё.  While the y makes a sound similar to the clipped German ü, å sounds more like the English short o, ä sounds like the short e, and ë makes a guttural sound similar to the vowel in “fur.”

2. Be aware of consonants that change their sounds.  Luckily, the pronunciation of the Swedish alphabet is pretty straightforward but, like in English, the consonants c, g, and k will change from hard to soft depending on what sort of a vowel they precede.  Before the soft vowels e, i, y, ä, and ö, c is pronounced s; g is pronounced y; and k is pronounced ch.

Improve your Swedish. We offer Swedish Lessons in Chicago. 4. Keep certain sounds soft.  Various consonants have sounds that are ever so slightly different from the way they would be pronounced in English.  For example their t is pronounced like a hybrid of our t and th, with the tip of the tongue placed against the teeth.  Similarly, the d sound is pronounced more like a dh, closer to the th in “their” than our conventional d.

5. Get your pitches right.  Swedish is a very tonal language, syllables being spoken in either a high or low pitch, which gives it its characteristic singsong quality, something which has disappeared from most other western languages.  As this cannot be learned through a book, your best bet to perfect your tonality is to listen to native speakers and imitate them.

Try speaking Swedish. Check out our Swedish Courses in Houston.

As most Swedish people may insist speaking to you in English out of politeness, you may find it difficult to find someone to practice speaking Swedish with until your language skills have advanced beyond the intermediate stage.  Get started speaking in a classroom setting by sending us an inquiry, or look into our Swedish classes –all taught by native speakers.

Comments on 5 Innovative Ways To Perfect the Swedish Accent 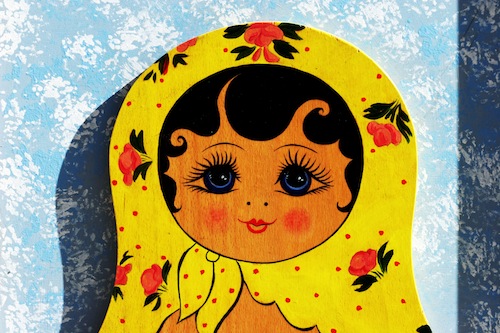