The Word of the Year is….an Emoji?

In our current age of 140 character Tweets, acronyms galore, and emoticons for just about everything under the sun, it’s no surprise that the way we communicate is changing at breakneck speed. However, few things seem to have the lasting impact that emojis do. These little images are sort of modern-day hieroglyphics; allowing you to say a lot with just a single picture. The fascinating thing about emojis is the way they continue to evolve to suit our language needs. Every year, slowly, more and more emoticons are added to give users wider options when it comes to expressing themselves through texts or on social media. But perhaps the one thing that speaks to the lasting impact of the emoji is that Oxford Dictionary’s 2015 Word of the Year is…you guessed it: an emoji! 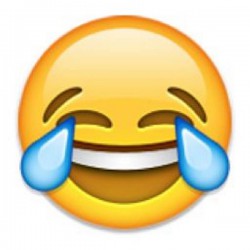 Officially known as the ‘Face with Tears of Joy’ emoji, this nifty little laughing icon is apparently quite the popular dude. But before we start talking about why it was chosen, let’s consider how words, and now images, are incorporated into our vocabulary. Each year, it is estimated that 800 – 1,000 words are added to English language dictionaries. In fact, a new word is reportedly created every 98 minutes and it’s just a small percentage that eventually make the cut! Words and phrases like ‘on fleek’ and ‘foodie’ are all examples of words created or made popular to suit our quickly changing pop culture.

The number of emojis available also number in the high hundreds. Every time you log into social media, you have over 700 to choose from, although you probably only use a rather small fraction of those. Furthermore, social media is expanding to embrace the emoji storm which became evident recently when Instagram added a feature that allows you to hashtag your emojis. The emoji lexicon is also constantly expanding to add more diverse icons as well as to include some rather questionable ones (such as the emoji giving the middle finger, or the ever-popular poop emoji). In fact, in some mediums words are almost obsolete, replaced instead by shortened versions of words or entirely by images. And even as new words are invented and added to the dictionary every year, emojis continue to gain power and traction as the new, better way to communicate. As one teenager so eloquently put it: “People don’t use words anymore.” 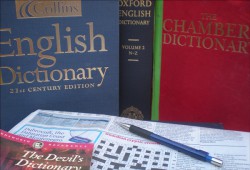 It shouldn’t come as a shock then that an emoji is Oxford Dictionaries WOTY. The question we should be asking ourselves is: Why not? The ‘Face with Tears of Joy’ emoji was chosen solely based on global popularity. In the U.K. alone, this icon makes up a remarkable 20% of all emojis used in 2015. Americans revealed their own love for this laughing face by using it in 17% of emoji messages. Furthermore, this little image wasn’t quite so popular last year where it saw only 4% and 9% popularity in these countries respectively. The use of emojis has so significantly increased over the last year that Oxford Dictionaries couldn’t hold out any longer, and hence the emoji as WOTY was born!

Without a doubt emojis are extremely useful as a global language which anyone and everyone can understand. However, their use is still limited – meaning you can’t just use an emoticon to express something when you’re having a face-to-face conversation (yet)! Learning a new language will never go out of style, no matter how popular things like hashtags, acronyms, and emojis become, and will serve you much more in the long run. So keep up with the times, both online and in real life, by trying your hand at learning a new tongue. Then, whether you’re texting up a storm or trying to hold your own in a business meeting abroad, you’ll be more than prepared to take on the fascinating nuances of life in the 21st century!

Comments on The Word of the Year is….an Emoji?

How can the internet save indigenous languages? Read more
See more articles about English