5 Ways St. Patrick’s is Different in the US vs. Ireland

March is the month of St. Patrick’s! Although the holiday has come and gone, you’re probably already planning ahead to next year’s big bash. Every year you probably face the same conundrum: are you celebrating St. Patrick’s the proper way? Even more importantly, should you look to American traditions or Irish traditions when trying to keep the holiday alive? If you’ve always wondered what exactly is the difference between an American St. Patty’s and an Irish one, wonder no more. Check out these 5 ways the holidays differ and be inspired to try something a little different the next time St. Patrick’s rolls around!

In the States copious amounts of food dye are used to turn light ale’s a vibrant green color in honor of St. Patty’s. Heck, we Americans love to take it one step further and dye our rivers green too! However, it may surprise you to discover that green beer is definitely more American than Irish. In fact, if you’re in Dublin during Saint Patrick’s day you’ll be hard pressed to find a single ounce of green beer anywhere. Perhaps the Irish take their beverages just a trifle too seriously to go dying it another color. Ireland is the homeland of Guinness and whiskey after all.

Americans love to claim they have Irish ancestry, and when St. Patrick’s comes around many try to prove they can also hold their drink like a true Irishman (or woman). In the States, St. Patty’s is all about the drinking and the streets are full of tipsy individuals trying to get in touch with their Irish side. These days, while you can find parades and plenty of beer in Ireland on St. Patrick’s, this is mostly for tourism than due to local traditions. In fact, up until the 1970s, pubs were closed on the holiday! Why? Because Saint Patrick’s is traditionally a religious holiday in Ireland much like Easter or Christmas. Saint Patrick was celebrated for the missionary work he did and for bringing Christianity to the Emerald Isle. So while Americans indulge in plenty of booze, traditional Irish might just go to church or make a family day out of it. 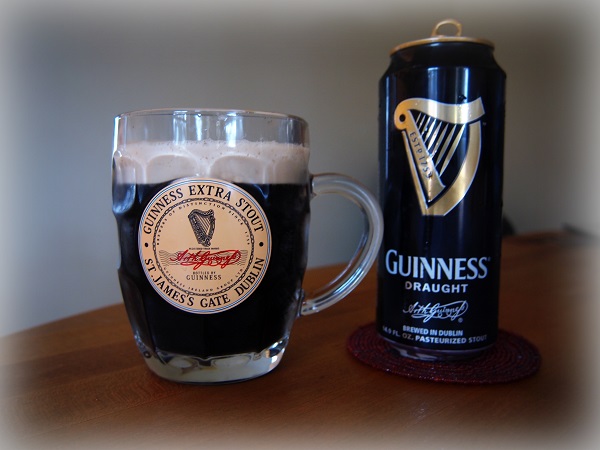 3. Is it Guinness enough for you?

While St. Patrick’s may not be a huge drinking day for the average Irish, that doesn’t mean the nation doesn’t have strong drinking traditions that they’re hugely proud of! Nothing is more Irish than ‘The Black Stuff’, or Guinness. This black beer is famous the world over, but if you walk into any old bar in the U.S. and order a Guinness it’s not as authentically Irish as you may think! In most bars in America, Guinness is mixed in the tap with carbon dioxide. In Ireland it’s mixed mostly with nitrogen, which is why it has a smoother, more creamy taste. So, while raising a glass (or three) of Guinness is a great way to ring in St. Patty’s, your beer will differ depending on where you’re celebrating the holiday!

According to American tradition, you must wear green on St. Patrick’s or run the risk of getting pinched. In cities all across the U.S. you’ll find people decked out in green outfits, but this is much less common among locals in Ireland. The reason for this is that each color on the Irish flag holds a different meaning. The orange stands for the Protestants, the green for the Catholics, and the white symbolizes unity and peace between the two. Since the color green is part of such an important symbol, you can see why Irish don’t subscribe to the idea of wearing green on St. Patty’s. 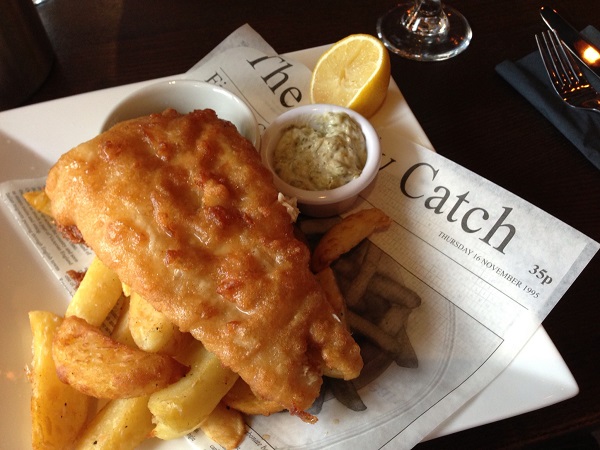 Following major parades in the U.S., revelers tend to head to local pubs and restaurants where they’ll order beef and cabbage as their traditional St. Patrick’s Day meal. However, beef and cabbage is probably about as Irish as sushi is. Its origins come from early Irish immigrants in America who swapped out pork for the less-expensive beef in an Irish dish known as bacon and cabbage. Of course, that doesn’t mean you can’t enjoy a good corned beef and cabbage next time you celebrate St. Patty’s in the U.S.A.! It is, after all, a very Irish-American tradition. But if you’re in Ireland don’t dare try ordering it! Instead, act like a local and order a plate of delicious fish and chips. Or, after a couple pints, opt for some curry fries.

What are some Saint Patrick’s Day traditions you know about that are different in Ireland and the U.S.?