George Orwell’s book Nineteen Eighty-Four had an incredible impact when it was first published back in 1949. And it continues to be one of the few novels which has cultural bearing regardless of what decade you read it in.

Most people probably recall two very memorable features of Nineteen Eighty-Four. The first one, undoubtedly, is the mantra of Big Brother and his ever-watchful eye. The other is the language Orwell created specifically for the world of his famous dystopian: Newspeak.

The purpose of Newspeak is to reduce the meaning of language. Thus, antonyms, synonyms, and so on are obsolete and an unnecessary part of language. The opposite of ‘good’ is ‘ungood’, of ‘cold’ is ‘uncold’. Language is simplified to the point where the Party controls what you say and, to a certain extent, what you think. It goes without saying that language shapes our thoughts. But can it manipulate and control our minds like it was in the grim world of Nineteen Eighty-Four? Unfortunately, the answer is a very clear yes.

The Potential Consequences of Language Manipulation

None of us (I hope) are unfortunate enough to live in a totalitarian regime of the likes of Orwell’s book. But that doesn’t mean Nineteen Eighty-Four can’t speak to the things we face in progressive, democratic nations.

One of the aspects most present in our daily lives is how the people in power communicate with us, the populace. A huge part of Orwell’s book revolves not around the physical torture employed to keep people in line. But rather the psychological manipulation which prevented citizens from standing up for themselves. The media is a particularly powerful tool because people have widespread access to it and a tendency to believe the things they hear. If the news says it’s so, it must be so, right?

In our modern world, we often face the same problems. We’re constantly plugged in and gathering information from TV and the web. This makes it easy for the media to manipulate our mindset.

Consider for a moment the issue of mass shootings in the U.S. You may have noticed by now that the media has a very specific way of describing the shooter depending on ethnicity or skin color. If the individual is Caucasian, the media leans towards leniency. They rarely point to the criminal as a terrorist or a radical religious extremist. If the person is of Middle-Eastern descent, the media almost automatically labels the incident as a ‘terrorist attack’.

This is a form of language manipulation and fear-mongering on the part of the media to create in people a sense of constant danger. They manipulate us into fearing refugees and immigrants and into believing that all individuals from certain parts of the world want nothing more than to destroy the West. It’s not true, of course. But even the most open-minded person can fall prey to this sort of mental manipulation if they hear these same things day in and day out. 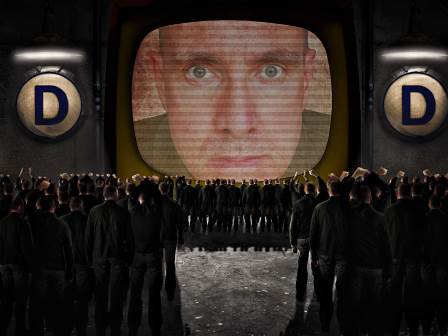 Former Australian Prime Minister Tony Abbott was quite famous for his stance on refugees. In case you’re not aware, Australia has a policy in which boats of refugees can be turned back without being allowed to land on Australian soil.

Now, if you listen to Abbott talk about the issue, you probably won’t realize that he’s framing the debate, even though he is using particular language to do so. It’s so subtle, that it’s hard to pick up on, and it comes down to a single word: ‘illegals’. Abbott rarely calls refugees, well, ‘refugees’. Instead, he uses the word ‘illegals’ frequently and consistently. Why? Because he’s pushing the word into the collective public consciousness.

Because of this sort of language manipulation, if you or I were to debate the issue, we would be more likely to use a word like ‘illegals’. In turn, this would make it easier to look at the refugees seeking asylum in a much less positive light. All it took was one politician using the same word endlessly enough to make us think it’s the right one. 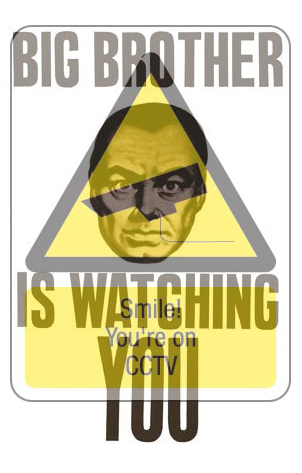 American politicians are hardly any better. Consider the post-9/11 popularity of the word ‘homeland’. While it was rarely heard prior to 9/11, it grew in acceptance following the attacks and is still used tirelessly today (especially around election season). Politicians utilize language manipulation to plant in our brains some misguided idea of patriotism.

Through their language, they are influencing us into believing that the U.S. must be protected because it is our homeland. At the end of the day, this sort of manipulation by the media and by people of power really only leaves us more vulnerable.

The language, the fear-mongering, and the mental manipulation destined to make us feel afraid of the unknown, to fear the rest of the world, has some very unfortunate results.

Comments on Orwell Got it Right: Language Manipulation [+ Real-Life Examples]