A few years ago, Mark Zuckerberg gave a twenty-minute speech in Chinese to a university in Beijing. While this wasn’t the first time the founder of Facebook tested out his Chinese-speaking chops, it still didn’t lessen the amazement expressed by students and faculty present at the event. It was around that same time that Zuckerberg first astonished the world with his language abilities by carrying out a Q&A session entirely in Chinese. And although he was roundly criticized for speaking like he had a ‘mouth full of marbles,’ this didn’t stop the famous CEO from continuing his language studies and trying out his Chinese a second time! Should the rest of us follow suit? 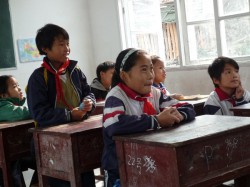 If numbers could speak…

Zuckerberg’s commitment to learning Chinese, and the response to it, reveals a lot about the global reaction to languages and language trends. Without a doubt, it points to China as a major economic powerhouse–a powerhouse that needs to be courted by overseas businesses. Knowing the language is key to gaining a foothold in the Chinese market, something Zuckerberg seems to keenly understand.

And when talking about sheer numbers, Chinese is also the most widely spoken language in the world with nearly 1.2 billion native speakers. In some cases, English, which once dominated as the most important language on the globe, has been referred to as the ‘world’s second language.’ In fact, English no longer holds first nor even second place. When talking about the number of speakers, English falls into third place, displaced by both Chinese and Spanish. 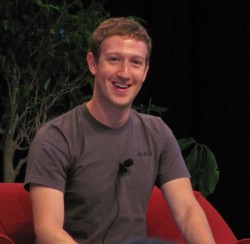 While Mark Zuckerberg has indeed experienced mixed responses after each of his speeches in Chinese, the most glaring thing to note is people’s astonishment at his ability to speak. Unfortunately, English-speaking countries like the U.S. are often negatively perceived as being closed off to the idea of multilingualism on a national scale. A common stereotype and perception about Americans, in particular, is that they can’t (and don’t want to) learn how to speak any other language than English.

Even though fostering a bilingual society has been something of a struggle in some Western countries, important steps have also been taken in order to not fall behind on global language movements. As of this year, there has been a 100% increase in official Chinese language programs in middle school, junior high, and high schools in the U.S.

Furthermore, key public figures are giving Chinese its due, something which undoubtedly influences citizens to look at the language as a useful asset. When you hear names like former Australian PM Kevin Rudd, entrepreneur Mark Zuckerberg, and U.S. first daughter Malia Obama being dropped in conjunction with learning Chinese, you really start to get a grasp on how public figures see Chinese as a must-know for the future. After all, if Mark Zuckerberg is learning to speak Chinese, shouldn’t you? 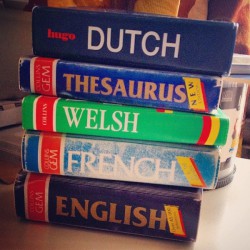 If the world says so…

Of course, none of this is to say that English is completely out of the picture. Roughly 2 billion people today are trying to learn English, many of them from countries like China. And while the West should strive to meet China in the middle through fostering an interest in the language, English is still the front-running language worldwide. Why? Because while Chinese is mostly limited to countries like China and Taiwan, English speakers can be found all around the globe – whether you’re traveling in South America, working in India, or vacationing in the Middle East. The age of English dominance isn’t quite over yet, but that doesn’t mean we shouldn’t prepare for a new Chinese-speaking era!

Experts agree that Chinese is one of the most vital languages to know today if you want to have a say in global business, trade, and politics. Although Mandarin is often touted as the most difficult language in the world, learning it doesn’t have to be a daunting process. At Language Trainers there are excellent native Chinese-speaking instructors who can help you to achieve your language learning goals. If you’re not sure where to begin, try out a free online placement test so that you can hone in on your skills and start at the right level for you. Studying Chinese will help you to stay ahead of global trends, increase your value as a global citizen, and, of course, give you plenty of chances to wow people with your skills, just like Mark Zuckerberg!