Mexican Spanish vs. Spanish from Spain: Differences in Grammar, Vocabulary and Pronunciation

“Fancy a cuppa, mate?” “This is bloody brilliant”. “That’s rubbish!”

When you talk to an English person, many phrases remind you just how different British and American English can be. With Spanish, the same thing happens. If you’ve just spent lots of money on an intensive course of Spanish taught by a native instructor from Madrid, you may be a bit confused once you arrive in Mexico. What do phrases like órale, chido, or güey even mean? Was I that distracted when the teacher got to those? And why do people keep saying “ustedes” instead of “vosotros”?

In this article, we’ll cover the main differences between Mexican Spanish vs. Spanish from Spain so you won’t get lost in translation the next time you visit Acapulco or Madrid.

Mexican Spanish vs. Spanish from Spain Grammar: Vosotros, Ustedes and the Plural “You”

Mexican Spanish vs. Spanish from Spain: Differences in vocabulary

Mexican Spanish vs. Spanish from Spain: Differences in slang expressions

Mexican Spanish vs. Spain Spanish: The Pronunciation of Z and C

Mexican Spanish vs. Spanish from Spain Grammar: Vosotros, Ustedes and the Plural “You”

In Spain, there are two forms for the plural “you”: ustedes (for special occasions which call for a very formal register), and vosotros, which is the most common option. In Mexico, speakers do things very differently. Ustedes, which is considered a very formal pronoun in Spain, is the universal plural “you” form across the country, while vosotros is nowhere to be seen (or heard)!

But that’s not the only difference. The verb conjugation also changes with these two different forms of “you”. When attached to the pronoun “vosotros”, verbs have their own special inflection. Let’s exemplify this with the verbs correr (run), lavar (wash), and beber (drink):

Vosotros, as you can see, has its own set of verb conjugations, shared with none of the other pronouns! In Mexican Spanish, things are a bit simpler. If you want to know how to conjugate a verb por “ustedes”, all you have to do is look at how the same  verb is conjugated for the plural third person; i.e., for ellos (they): 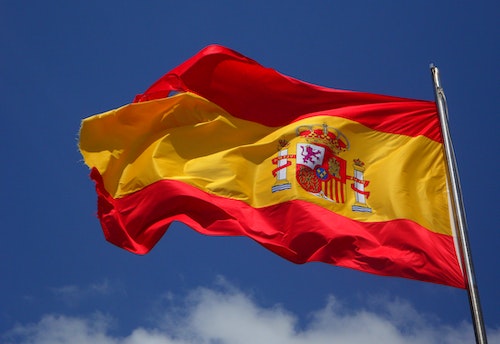 Mexican Spanish vs. Spanish from Spain: Differences in vocabulary

Flat or apartment? Biscuit or cookie? Sometimes, two different words can be used to refer to the same object depending on what country you’re in. In the Spanish-speaking world, it’s no different.

As you might expect, some of these differences are due to the influence of local Indigenous languages on Spanish. In other cases, the difference may come from a loanword from English (or another language) that hasn’t made its way to Spain.

Here are some examples of differences in vocabulary between Mexican Spanish and Spain Spanish:

Auto (Mexico) vs. coche (Spain): Both words mean “car”, but “auto” is used more commonly in Mexico. Auto, the Mexican term, is an abbreviation of “automovile”, while “coche” is an adaptation of the Hungarian word kocs, which means “carriage”.

Computadora (Mexico) vs ordenador (Spain): These both mean “computer”, but “computadora”, which derives from the English term, is used more in Mexico, while “ordenador” is heard more often in Spain, where foreign terms are usually avoided.

Celular (Mexico) vs móvil (Spain): Both of these words mean “cell phone”. In Mexico, you’re more likely to hear “celular”, an abbreviation of the term teléfono celular. In Spain, on the other hand, “móvil” is used more often.

Bizcocho (Mexico) vs. galleta (Spain): These both mean “cookie”, but in Mexico, the more common word is “bizcocho”. This term comes from the Indigenous Nahuatl language, and is also used in other Spanish-speaking countries in Central America.

Elote (Mexico) vs. maíz (Spain): If you want to say “corn”, you should know that “elote” (from the Náhuatl word élotl) is used more often in Mexico, while “maíz” is the word you’re more likely to hear in Spain.

Güero (Mexico) vs. rubio (Spain): Güero and rubio both mean “blonde”, but “güero” is used more in Mexico, while “rubio” is more common in Spain. Oh, and if you’re wondering how on Earth you’re supposed to pronounce that ü, all you need to know is that the two dots only indicate that the vowel is not silent. We don’t say /gero/, we say /gwero/.

Cheque (Mexico) vs. giro (Spain): In Mexico, “cheque” is the word you would use for a “check”. This word comes from English. In Spain, on the other hand, the more common term is “giro”, which can also refer to a “wire transfer”.

Mexican Spanish vs. Spanish from Spain: Differences in slang expressions

In any language, there are going to be informal terms that are used only in certain regions or among certain groups of people. This is especially true for slang or idiomatic expressions.

Here are some examples of differences in slang between Mexican Spanish and Spain Spanish:

Echar una chela (Mexico) vs. tomar unas cañas (Spain): Both of these expressions mean “to have a beer”, so, where does this difference come from? In Spain, the “cane” refers to the tube through which the beer passes from the barrel to the tap. Being a vertical tube, it is called a caña (“pipe”) by association. In Mexico, on the other hand, people use the word “chela”, a term of Mayan origin that originally meant “blonde”, to refer to the traditional color of beer.

Chingar (Mexico) vs. Joder (Spain): These both mean “to screw up”. You can use these terms when you’ve made a mistake, had a small accident, or just ruined a special moment. It is also used to talk about sexual intercourse. Whatever meaning you want to convey, you should be careful: both these expressions are considered vulgar in both countries.

Estar chido (Mexico) vs. estar guay (Spain): Whether you are talking about a song or your Spanish-speaking significant other, you can use both of these phrases to mean that someone or something is cool. So, why are the two terms different? 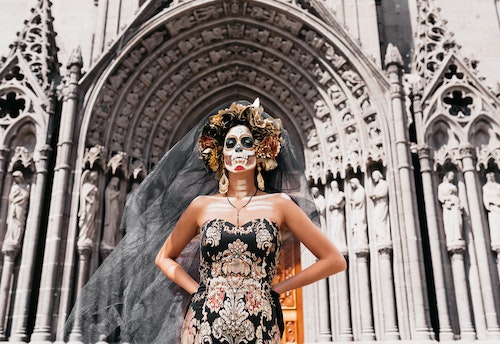 The word “chido”, according to the Royal Academy of the Spanish Language, refers to something or someone that is interesting or that seems good or attractive. It is believed that the word comes from “chirote”, an originally Costa Rican word that denotes someone who is restless but also wonderful. Guay, the Spanish equivalent was, in principle, an exclamation that had the value of a lament or a threat, especially in poetry. However, at the end of the 20th century –and due in part to its phonetic resemblance– its meaning started to coincide with that of English word gay (as in “happy”, not as in same-sex oriented), adding “cool” or “attractive” to its meaning in recent years.

Chingón (Mexico) vs. macarra (Spain): Both these words are used to refer to a “tough guy”. The term “chingón”, which is used more often in Mexico, comes from ancient Indo-Aryan (from which Sanskrit would later be born) where cinghāra once meant “noise” or “yell”. Macarra, on the other hand, comes from the French term maquereau, whose nearest equivalent in English is the word “ruffian”.

Mexican Spanish vs. Spain Spanish: The Pronunciation of Z and C

Even if you don’t speak a word of Spanish, I’m sure that, after hearing two recordings of Mexican Spanish vs Spain Spanish, you would be able to tell where the people from the next clip are from.

This is mostly due to the way people from both countries pronounce the letters Z and C.

In Mexico, the letter “z” is always pronounced as /s/, while in Spain is realized as a /th/ (the one in thought) in most regions. The same happens with soft C, i.e., the C before letters E and I: In Mexican Spanish, the sound of soft C is identical to that of an S, while In Spain, it is pronounced as a /th/.

As a result, the same set of words will be pronounced very differently in both countries:

If you’ve ever wondered what gives Spain Spanish its silky, airy quality, now you know: lots of /th/ consonants where other varieties of Spanish would produce an S!

As you can see, there are many differences between Mexican Spanish and Spain Spanish, from grammar to vocabulary, slang expressions, and pronunciation. While some of these differences might seem small, they can add up to create a language that sounds very different from one country to the next. So, whether you’re planning a trip to Guadalajara or Barcelona, or just need to send an important email in Spanish, it’s important to be aware of the main differences between these two varieties.

So, why not practice your conversational skills with a native teacher of either dialect?

At Language Trainers, we offer Spanish courses tailored specifically to your needs, whether you’re a beginner or an advanced learner. All you have to do is tell us what variety of Spanish you would like to practice and we’ll match you with a qualified native teacher for a trial lesson.

Contact us today and get started on your language journey!

Can I use my electric brain on the fire car? Read more
See more articles about Culture, Learning Advice, Spanish, Spanish Teacher Articles