How to Say ‘Happy Holidays’ in 8 Different Languages

It seems like not long ago we were cheering in 2017 and already the year has completely passed us by! The holiday season is upon us again and no matter where you are in the world we hope you are having a fantastic one. If you’d like to give the season an international twist, whether by gathering friends from around the globe to celebrate, or traveling during the holidays, it’s both fun and useful to know how to say ‘Happy Holidays’ in the appropriate language depending on where you are or who you’re talking to. Read on to learn how to say this phrase in 8 different languages, so you can wish people no matter where you are in the world! 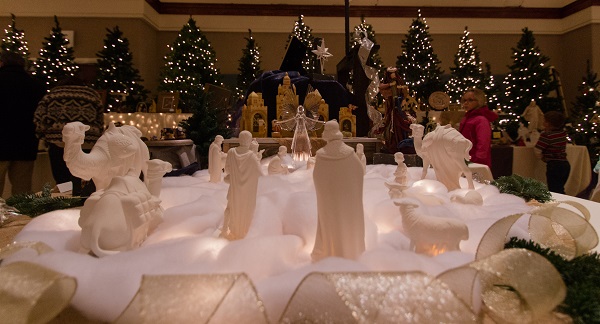 Cultural titbit: In Spain and most Latin American countries Día de los Reyes Magos or Three Kings Day is almost as big a deal as Christmas! This holiday celebrates the three magi visiting Jesus when he was born. It falls on January 6th and is marked by children leaving out refreshments like glasses of Cognac for the Kings, as well as water and hay for their camels. In return the magi bring more holiday gifts for the little ones.

Cultural titbit: Because Christmas is primarily a Western holiday, it’s not widely celebrated in countries like China. However, in major cities like Beijing and Shanghai you will find Christmas trees, lights, and other decorations dotting the streets and department stores.

Cultural titbit: Ireland is home to many ancient traditions and their holiday season extends from Christmas all the way through to Epiphany (or Little Christmas) on January 6th. One old tradition dictates that you must place a thick candle on the sill of the largest window of your home just after sunset on Christmas Eve. It burns through the night, helping to guide Mary and Joseph to shelter.

Cultural titbit: Christmas in Japan is less of a religious holiday and more of a romantic holiday. On Christmas Eve couples get together to exchange gifts and go out for a romantic meal-in a similar vein to Valentine’s Day elsewhere in the world. And Christmas Day is the busiest day of the year for restaurants like KFC because people have the tradition of eating fried chicken on the holiday!

Cultural titbit: Similar to Spain, in Portugal locals partake of a large holiday meal on Christmas Eve before heading out to midnight mass. Following Christmas, groups of carollers go door to door carrying an image of Baby Jesus and singing what are called January Songs. It’s customary for householders to invite them in to warm up and have some food and drink!

Cultural titbit: Because South Africa is in the Southern Hemisphere, the holiday season means warm weather and blooming flowers! Carol singing is a very popular pastime on Christmas Eve, and many people attend church on Christmas Eve for candlelight services or on Christmas Day for the traditional Christmas service. 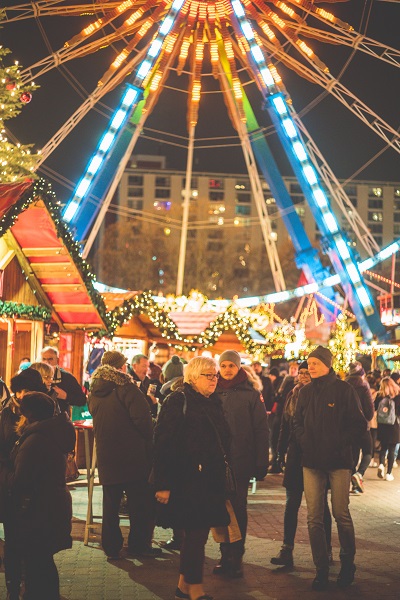 Cultural titbit: Germany is one country in particular that loves going all out for the holidays! Starting in November, special holiday markets selling Christmas food and decorations begin popping up all over the nation. Christmas trees are also an important holiday tradition in Germany as it was the first country to use them during the Middle Ages. Traditionally, the Christmas tree is brought into the house on Christmas Eve and decorated in secret by the mother of the family.

Cultural titbit: Only around 10% of Indonesians are Christians, but this nation still loves celebrating the Christmas holidays! Indonesia has many of the same Christmas trends that other countries do, and during the holiday season Christmas themed musical concerts, shows, and movies are broadcast on most TV channels. Care to guess which is Indonesia’s most popular Christmas film? No, it’s not Miracle on 34th Street! Turns out people love watching Home Alone during the holiday season. Who would have thought!

Where will you be celebrating this holiday season? Can you share any holiday-themed phrases with us?

Comments on How to Say ‘Happy Holidays’ in 8 Different Languages