As a kid, you probably spent hours on the playground wiling away recess with games and sports. At the time you most likely didn’t give a lot of thought to the origins of some of your favorite games. Whether you were into clapping rhythm games, or more active ones, you enjoyed them simply because they were fun. However, many of the games we knew and loved have an interesting (and long) history. So if you’re curious to learn about where your favorite childhood games came from, read on to discover the history behind 5 of the world’s most popular!

Bake me a cake as fast as you can;

Roll it, Pat it and mark it with B,

Put it in the oven for baby and me.

‘Pat-A-Cake’ is one of the oldest surviving rhymes that is still used in clapping games today. An early version of the song appeared first in the 1600s and even back then was considered a children’s song. Some believe that the modern version we have now refers to the practice of baking in a communal oven – something that was once common in England during the Middle Ages. Those communal ovens evolved into the bakeries we know today, but the song has stayed true to its early roots!

‘Red Rover’ is believed to have originated in Great Britain and since then spread as far as Russia and the United States with each country making its own tweaks to the game. While some say it derived its distinctive name from a steamboat that would ferry people back and forth across the Hatchie River, others think the chant was used by English children as a way to taunt early Viking invaders. 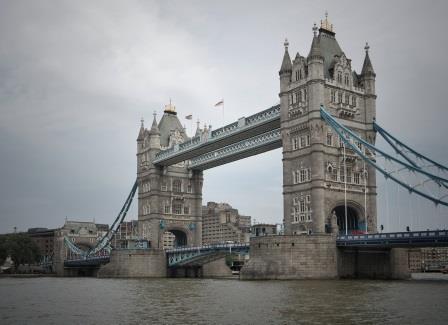 London Bridge is Falling Down

London Bridge has existed since the Roman occupation of Great Britain, but not always in the same form. Throughout history the bridge has fallen down and been rebuilt many times which could explain the origins of this particular game. However, there are some that believe the song is a little more specific and is actually talking about a Viking attack that happened in 1014. There’s also a third grim theory that the song is about the superstitious ritual of killing and burying a child near a bridge to keep it from collapsing.

Jump over the fence

‘Miss Mary Mac’ is a popular clapping game played by children in English-speaking countries. Its origins are so obscure that it’s hard to know exactly where it came from, but several theories persist. One theory claims that the song is named after a U.S. Civil War ship, while another states the song is a riddle whose answer is a coffin (hence the mention of Mary wearing all black). It’s also interesting to note that the rhyme takes lines from a popular African American spiritual, so we do know for sure that ‘Miss Mary Mac’ dates at least as far back as the 1800s. 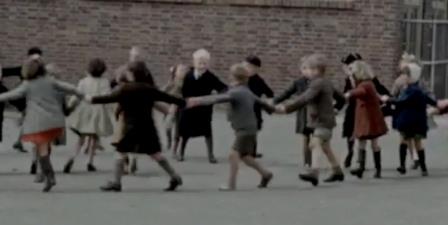 A pocket full of posies,

We all fall down.

‘Ring-A-Round the Rosie’ is another widespread children’s game that has its origins in Great Britain and eventually spread to other English-speaking countries. The prevailing theory regarding the song is one you’ve probably already heard: that it came about because of the Bubonic Plague in the 1600s. Indeed, people did carry around pockets full of posies (or other sweet smelling herbs) because it was believed that the plague was transmitted via bad smells, and ‘Ashes! Ashes!’ could be a reference to the cremation of dead bodies! ‘Ring-A-Round the Rosie’ definitely isn’t the happy game we thought it was as children, is it?

Are there any children’s games or rhymes from your childhood that you’d like to know the origin of? Tell us in the comments section and we’ll do our best to find out!