Beyond Hallo and Tschüss: 20+ German Greetings Every German Learner Should Know

The first thing people notice when they arrive in Germany is that there are almost as many ways of saying hello in German as there are German speakers.

In fact, you may go through a whole day without hearing any of the stiff German greetings you learned in class.

Of course, this shouldn’t be so surprising. In English, we don’t always say “Hello” when we arrive at a place, do we? Instead, we might say “Hi,” or “Hey,” or “Yo!”

Do you want to learn German that you can actually use?

Below, you will find a list of all the different ways in which you can say hello and goodbye in German without sounding like a character from an old textbook.

If you like this article, make sure you check our post on five amazing artists to help you learn German.

One of the most popular German greetings, the similarity between hallo and hello makes it both memorable and simple to pronounce. Also, hallo is appropriate for almost every context and register, so no matter who you’re talking to, you’re safe with this one. *sighs in relief*

Not easy enough for you? Don’t worry. You can also just say “hi,” though it is better to reserve this way of saying hello in German for young people or informal conversations. So, for example, if you’re being introduced to your German mother-in-law, you may want to stick with hallo. 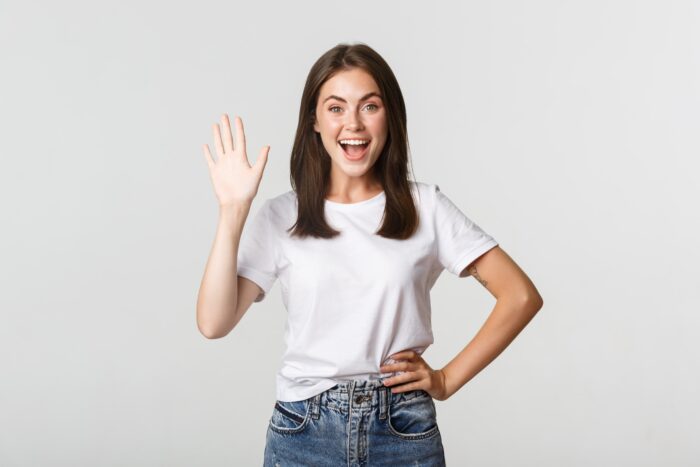 No matter what time of day it is, with these three German greetings you can display your language skills at any time and show people you did your homework.

These three phrases literally mean “Good morning,” “Good afternoon” and “Good day”, but although Guten Morgen is neutral in register, you should save the other two for formal occasions or when talking to people who are a lot older than you.

Do you want to go beyond basic German greetings? Then follow your hi’s and your hallo’s with one of these questions.

This is how people ask “How are you?” in German. Utilize the version with dir when talking to a young person or in informal situations and Inhen when you address a stranger or an older person.

Nonetheless, bear in mind that Germans do not usually ask each other how they are, as we do in the US. So, you’d do well to use greeting only with people you know, and be prepared to receive a full answer, not just “Fine.”

This one is means the same as Wie geht es dir? but it’s even more casual. It’s like asking “What’s up?” This is a perfect greeting to use with peers and friends, but it might be best to avoid it when addressing your manager (unless she’s, you know… super cool). 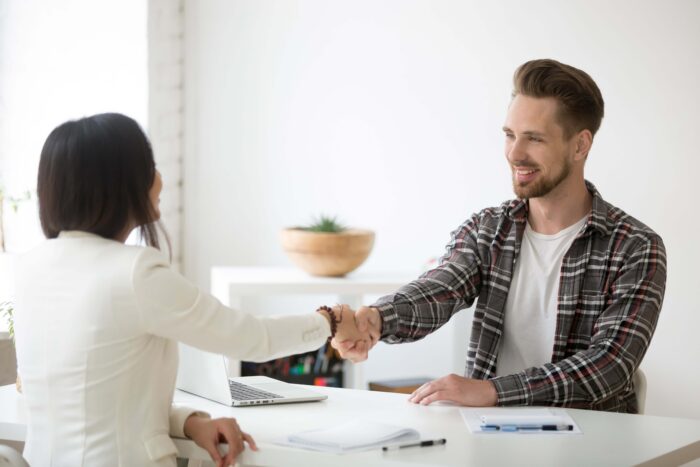 Like in English, many German greetings don’t need a reply, which might be confusing given some of them are questions. Colloquially, Was ist los? it is equivalent to “How’s everything going?” Again, it’s okay to use this one with classmates and friends, but if you use this one with a really strict professor you may get a very long face for an answer.

An alternative to the previous greeting, Alles klar? means “Everything alright?” Again, it’s generally used as a way of saying hello in German by young people who, apparently, are very creative when it comes to greetings.

Are you visiting Switzerland, the south of Germany or Austria? Then write down these German phrases.

Grüß Gott, which means “God greets you,” may look like an outdated thing to say, but it’s actually very common in places like Austria.

As regards the other two, use Grüß dich is great for people you can address informally and Grüß Sie works for everyone else (yes, even with your not-so-cool boss).

Servus is a word of Latin origin that literally means “at your service.” Also a regional greeting, this expression is very popular in southern Germany and Bayern. While it is also common in Austria, there, it can be used to mean goodbye as well as hello.

Now that you know how to say hello in German, let’s see all the different ways in which you can say goodbye.

Looking for a simple way to say goodbye in German? Then go for Tschüss or Tschüssi, the equivalents of “goodbye” and “bye-bye.”

These are nice, informal greetings in German that you can use in just about any context.

Wait, what is an Italian greeting doing in a list of German greetings?

It might be Italian, but in our experience, it’s also very common in big cities like Berlin, where you’re likely to encounter it just as repeatedly as Tschüssi.

Admittedly, this is a pretty antiquated way to say goodbye in German, but this doesn’t mean that you shouldn’t use it. Actually, your mother-in-law might love it! Think of it as an equivalent of “farewell”, without the “we might never see each other again” part.

More casual than Guten Morgen or Guten Abend, this is the German equivalent of “Goodnight,” so don’t use this one when you arrive at a restaurant. Use it as you leave the place or say it to your roomies before going to bed. 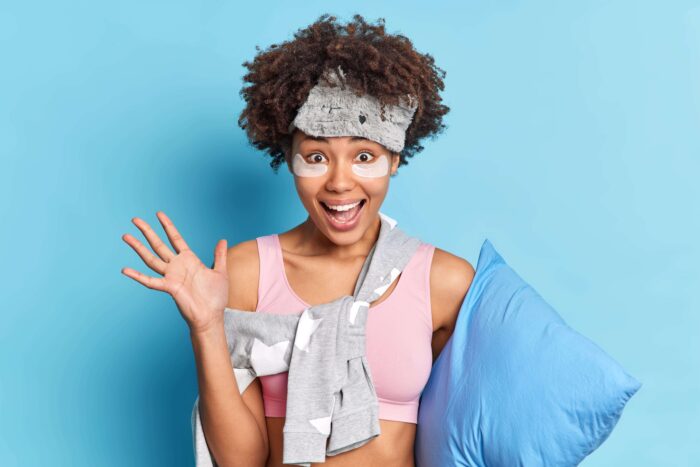 This is an equivalent of “See you soon,” and is a nice, chill way of saying goodbye to friends.

These two phrases mean “See you later.” (So don’t say it unless you mean it. That’s called Geisterbilder: ghosting. You see? With us, you get to learn German and manners.)

This German greeting translates to “Catch you later,” so you can use it to say goodbye to a person you frequent: a classmate, a co-worker, or a friend.

This one literally means “We’ll speak later,” so it’s a nice way of ending phone communications.

This greeting is basically the same as “Let’s talk later,” and is another friendly thing to say before hitting the red button on the phone.

We know we have made a few distinctions between formal and informal greetings in German, but trust us: these two are great ways to say bye to just about anyone. Schönen Tag noch (by the way, the “noch” is not mandatory) can be used to say “Have a nice day,” while Schönes Wochenende translates as “Have a nice weekend.” 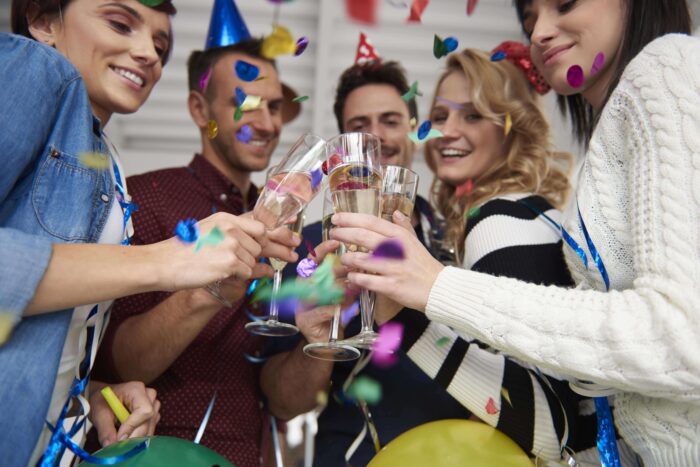 Now, if you’re in a special situation like a birthday, just saying Hallo or Guten Tag won’t cut it. So, you can surprise your German friends with these German birthday greetings:

Whether you want to learn German for business or for pleasure, learning a few ways of saying hello and goodbye in German (as well as a few German birthday greetings!) is a great place to start.

Wanna go beyond German greetings? Then you might be ready to take a class with a native German teacher. With our personalized courses, you can learn German with a communicative approach that will help you boost your level faster than you may have thought possible. 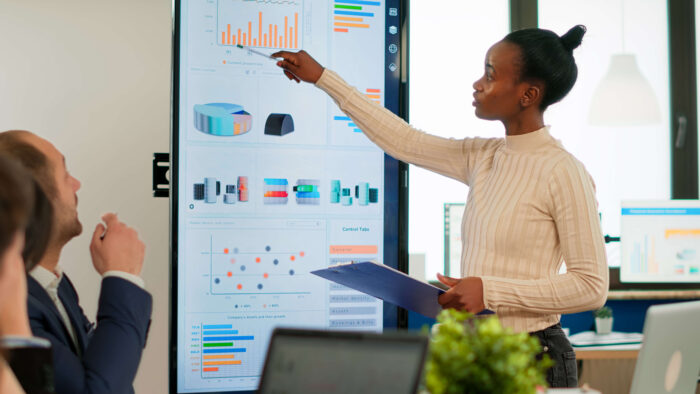 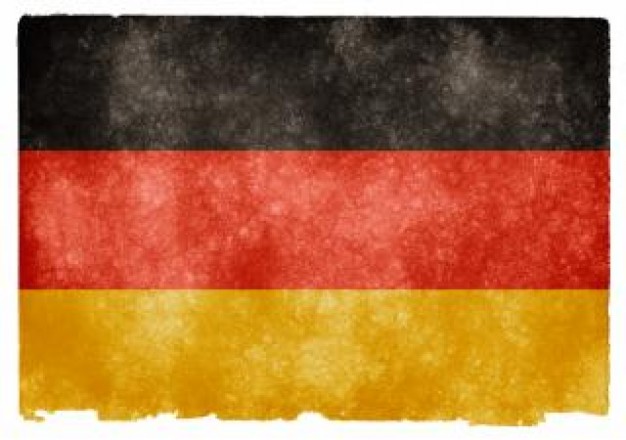 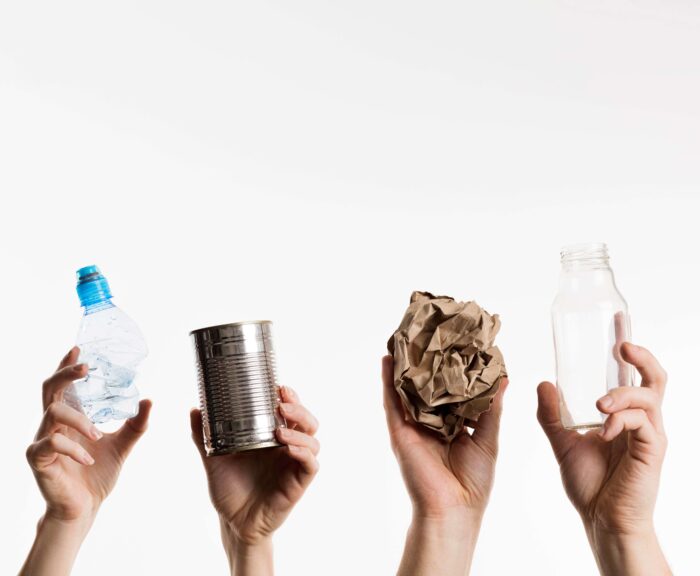