Does Bilingualism Make the President?

Hillary Clinton VP pick Tom Kaine’s recent attempt to woo Hispanic voters by speaking Spanish was met with surprisingly lukewarm responses. On the one hand, it was looked at as an attempt to pander to voters, on the other a stark reminder that the U.S. hasn’t elected a bilingual president in over 80 years. Our presidential candidates believe that because we are not accustomed to bilingual leaders we are easily impressed by someone with Kaine’s ability to converse in a language other than English. And, with the U.S. being the huge melting pot that it is, you’d think multilingual leaders would be the norm. 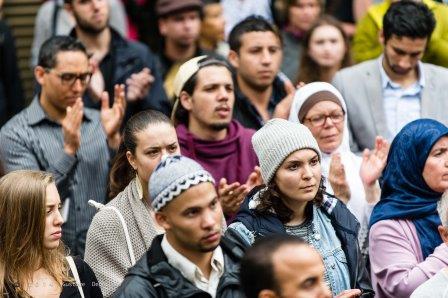 A Question of Numbers

Frankly many of us are tired of this English-only attitude which caters to America’s white demographic but ignores the many other cultures that influence the American way of life. It would seem obvious that since Latinos are set to surpass non-Hispanic whites as the largest ethnic group in the U.S., at least one presidential candidate with a shot at the White House would have the sense to learn decent Spanish. The reality is that the last president to speak more than one language was Franklin D. Roosevelt who knew French and German and was elected to his first term back in 1932. At this point, it’s simply not enough to have a VP who is bilingual, we should be demanding the same of our presidents.

A Question of Diplomacy

Now I get that running for and being president is incredibly difficult – there’s a reason they say it’s the hardest job in the world! But I find it hard to believe that these individuals, most of whom are educated in some of the best universities in the country, never stop to consider the many benefits that speaking more than one language can have in the world of law and politics. Diplomacy is a massive part of life in the political spectrum and many government officials, the president included, find themselves interacting with multiple countries, cultures, and peoples on a daily basis. The logical conclusion here should be that speaking more than one language is a requirement for government work, however, the reality is far different.

A Question of Diversity

The issue partially lies with the lack of diversity in American politics. 43 out the 44 presidents the U.S. has had have all been white men, and having a politician hold office who is of Asian, Hispanic, or POC decent is still much too rare.  Oddly enough though, it seems that the average American isn’t really too concerned with bilingual leaders. In some cases, knowing another language has actually been known to harm presidential hopefuls. John Kerry and Mitt Romney – both of whom are fluent in French – were painted as elitists by their opponents in their respective campaigns. 2012 Republican candidate Jon Huntsman was portrayed as untrustworthy and his motives suspicious because he spoke fluent Mandarin. And Kaine himself, although not a presidential candidate, has invited a fair amount of scrutiny for lacking authenticity and speaking Spanish a bit too eagerly. Carly Fiorina, Ted Cruz, and Marco Rubio are all bilingual, but shied away from drawing attention to the fact and probably for good reason.

A Question of Culture

So if you were to ask the question: will language have an effect on the presidential election? The answer would most likely be no. The American people are too concerned with other topics to be worried about whether or not our future president can speak a foreign language or not. Bilingualism isn’t, unfortunately, a big enough part of our culture, with only about 25 percent of American adults reporting that they can speak more than one language. But some argue that the U.S. has, for far too long, expected other nations and people to speak English when the reality is that we as Americans should be working as well to close these cultural gaps. And perhaps the person who next takes on the highest office in the nation could start by setting the example and helping us evolve into a more bilingual country.

What do you think? Is it important for presidents and politicians to be bilingual? Would it be useful/make them more prepared to do the job well? Share your thoughts with us!