China is a vast country steeped with culture and history. Even for someone like me, traveling around the country can bring a huge variety of new experiences, as well as some unexpected issues! There were a lot of everyday things which I took for granted in England which were completely different in China. Whilst the traveling was great, there were definitely a few things I wish I’d known about earlier that would have made my trip a lot easier!

So to save you the time and hassle which I endured, here are just a few quick tips and things to be aware of before you plan your own journey in China!

It’s a well-known fact that China is one of the most populated countries in the world, but nothing can quite prepare you for that population of 1.4 billion people.

The fact is, there will be a lot (I mean A LOT) of people wherever you go. Summers, in particular, are the busiest times, and attractions are often flooded with families and native and foreign tourists alike. In order to avoid the long queues, the crowding, and the intense summer heat, choose instead the quieter seasons such as Spring or Autumn to visit. Then, you can enjoy all the history and culture at your pace, rather than spending your time jostling for that Instagram worthy photo

Nowadays, no matter where you go, you will be able to find something – be it clothes, toys, electricals, you name it – which has the famous ‘Made in China’ label on it. You might think this means prices are significantly lower in China, and you won’t be wrong. BUT this depends largely on where you look.

In most department stores and shopping centers, items such as clothes are likely to be just as expensive, if not more expensive than in Europe or the US. Whether international or local, branded clothing are usually no cheaper in China than elsewhere, so bargain hunters may not have as much luck as they would hope for.

However, food is often significantly cheaper in China, and simple services from a haircut to a car wash can cost next to nothing. There are plenty of local restaurants and stalls who sell big bowls of noodles, for example, for as little ¥10 (the equivalent of £1.13 or $1.46), so it’s always worth looking out for those kinds of places for authentic, Chinese food at a very good price. 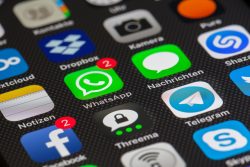 One of the biggest differences between China and Europe is the widespread use of mobile phones for… almost everything. Be it calling a taxi or paying for your drink in Starbucks, smartphones are starting to replace even cash in China.

Getting the right apps can, therefore, make your life MUCH easier. One of the main apps we recommend is WeChat 微信, the most popular messenger app in the country. Unlike other methods of social media, such as Facebook, Snapchat, Instagram or Twitter, WeChat is unaffected by China’s firewalls, so it’s a good option to have if you want to stay in touch with your family during your travels.

WeChat can also be bound to your bank account, allowing you to pay for almost anything by scanning a QR code. This isn’t just about convenience and speed. Sometimes, using cash can actually be more expensive than downloading an app. Other times, cash simply isn’t an option. My friend and I found this the hard way when we tried to purchase tickets to the cinema. Those kinds of things can and do happen in China, so it’s always good to keep checking the App Store!

Besides WeChat, apps such as DiDi 滴滴出行 were great for calling taxis, especially in big cities like Shanghai and Beijing. Maps such as 高德地图 (Gao De Di Tu) also provided this function, which we found extremely handy for finding our way round!

Whilst China is becoming a more and more popular destination for international tourists, a large majority of tourists still come from within China itself, so English is not as common a skill as you might think, and unless you’re with a certified tour group or native guide, it could be difficult relying solely on English to get around.

So brush up on some basic Chinese vocab which will be essential for your travels. Learn to ask for directions, learn your numbers (for bartering and for prices), and if you have any dietary requirements or allergies, learn to explain these in Chinese so you can be sure there is no confusion! The last thing you want is a trip to the hospital because you were sure there would be no nuts in your dish. 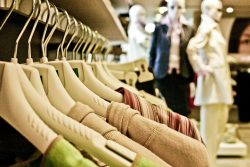 This made for a rather depressing discovery for my friend and me, but one thing you have to note is that the sizes of clothes in China can be very different from that of Europe or US. This meant that my friend and I were rapidly upgraded to ‘Large’ and ‘Extra Large’ in China when we would have been no more than a ‘Medium’ or ‘Small’ in the UK!

It was the same story with shoes. Despite being a more or less average UK Size 6 (EU Size 39), there were no shoes available in that size for us in the stores we went to. So before you go out shopping, just bear in mind that what might be an ‘average’ seeming size to you can be very different in China, so do your research before you set off on your shopping trips to save yourself from disappointment.

Want to learn more about China? The next five weeks we will be featuring articles on the Middle Kingdom- Stay Tuned!