Kazakhstan to Westernize Its Writing System Kazakhstan is looking to switch its writing system from Cyrillic the Latin alphabet system.
President Nursultan Nazarbayev claims a refined writing system will bring better communication with the Western world and thus more business. However, there will undoubtedly be both political and economic impacts in changing the written language.

Latin script was briefly used in Kazakhstan in the period between the phasing out of Arabic script in 1927 and the introduction of Cyrillic script in 1940 by the Soviets. Cyrillic is the official method of writing the Kazakh language in the country today, however, linguists say that Cyrillic is becoming more obscure. The Latin alphabet is also widely used by Kazakh diaspora outside of the state.

Kazakhstan’s president Nursultan Nazarbayev wants to align his country’s interests more closely with the Western world. He sees changing their writing system as an integral part in that realignment and a key part of his political platform.

Recently, Nazarbayev has realized that the time was right for introducing the writing system change. He set one of the country’s universities, the L.N. Gumilyov Eurasian National University, to work on the project. The university had difficulty identifying the true sounds of the Kazakh language, as they have drifted due to the forced incorporation of the Cyrillic alphabet.

They called the Dutch Professor Allard Jongman, Linguistics Department chairman at the University of Kansas, and requested help in rediscovering the consonants and vowels of Kazakh.

Jongman accepted the request for help, and also noted that it was beneficial not being able to speak the language himself, because he was not influenced by prior knowledge in his parsing of the different sounds of Kazakh into their respective vowels and consonants.

Kazakhstan and Russia share a 4,000-mile border. They have a long, troubled history, and there are still cultural and political tensions.

The Cyrillic script is a legacy from Soviet control during the 20th century and as the country attempts to move its identity away from Russia and its economy towards the West, there are concerns that Moscow will not respond well.

Following the Russian occupation of Crimea, the Kazakhstani people may be reasonably anxious not to draw the ire of their former rulers.

Loanwords from Russian also complicate the process. Many Russian words have been introduced to the Kazakh language and some of the sounds do not match perfectly with native Kazakh sounds, leading to confusion about how the words should actually be pronounced.

The Kazakh linguists got in touch with Allard Jongman, a phonetics specialist and chair of the linguistics department at the University of Kansas. In an interview with Gina Kaufmann on Kansas City public radio, he confirmed what a difficult task this was going to be.

Jongman relates the Kazakh university’s appeal for his help. “Look, we’re trying to convert our writing system. But … we don’t know exactly what the consonants and vowels of Kazakh are.”

The change is set to happen quickly. By the time this year’s first graders have finished middle school, the program should be complete. Officials want Kazakhstanis to convert their state language to a Latin script by 2025 and one of the reasons is that the country wants to encourage a new level of national development.

The use of the Latin script is said to make communication with the countries and businesses of the Western world easier since around 70% of countries use the Latin alphabet. A Latin-based Kazakh alphabet is necessary for working efficiently with computers and on the internet, according to Kanat Tasibekov, a Kazakhstani writer.

Tasibekov told Central Asia Online, “If you tried to put a mathematical text into Kazakh, you just couldn’t do it, because formulae have to be in Latin. On devices with small keyboards – tablet computers, notebook computers or smart phones, it’s impossible to type in Kazakh.”

Kazakh President Nursultan Nazarbayev is eager to de-Russianize the Kazakh language while globalizing his country’s economy. He has also cited the concerns of the young people who want to use their western keypads to text more easily.

Additionally, the change could make the challenge of learning Kazakh more accessible to language enthusiasts already familiar with Latin-based alphabets. Opponents however are worried about preserving the uniqueness of the language and Kazakhstan’s cultural legacy.

Has Kazakhstan’s unique language given you the desire to learn more? Contact Us to find out what other wonderful world languages you can learn and how to get started.

Comments on Kazakhstan to Westernize Its Writing System 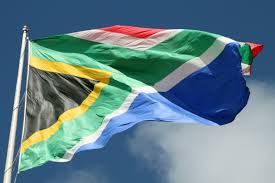