A few weeks ago I made a post about the hyper-polgylot Richard Simcott, who speaks an almost unbelievable 16 languages, most of which are at a fluent or near-fluent level. His skills come from constant use and working in a job that affords him a great deal of time to practice and improve his skills.

Well, just to make us all feel a little worse about their own language learning… Here’s another hyper-polyglot – Timothy Doner, a 16-year-old American who currently speaks around 20 languages (though the level of fluency fluctuates a lot, and most of them are nowhere near the level of Simcott). However, the variety of languages is incredible, ranging from more ‘standard’ languages such as French, Dutch and Italian, to Middle Eastern and Asian languages like Farsi, Arabic, Yiddish, Hebrew, Mandarin, all the way to African languages such as the “clicky” South African language of Xhosa, Ojibwe, and Swahili! Languages from almost every continent is featured in his repertoire, which is no small achievement for a 16-year-old.

He switches between them with surprising ease, and what really comes across is not so much his undeniable talent for languages, but his passion for them. You can tell that he really enjoys learning about so many different languages and cultures, and making friends from all around the world in doing so. As my old Chinese teacher always said, “interesting is the best teacher”, and it certainly seems to be working for Doner. You can see more of his videos on his YouTube channel.

If you think you can do better than his Italian, you should check out some of the Italian lessons New York has going on at the moment!

Comments on Practicing 20 languages at 16 years old: another hyper-polyglot video 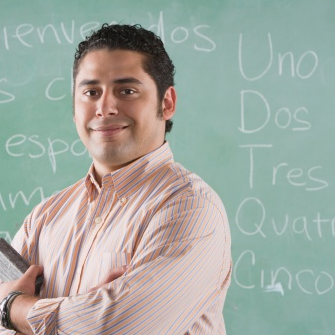 5 Ways St. Patrick’s is Different in the US vs. Ireland Read more
See more articles about Educational