Travel Tips for Touring China: Round the Great ‘Firewall’

Due to the differences in law, the majority of commonly used websites in the USA or Europe are inaccessible in China. This is something tourists often forget as they pack for their journeys abroad – and this article will offer you a comprehensive guide to using the internet in China.

The following list consists of the most common websites used outside of China which are inaccessible within. 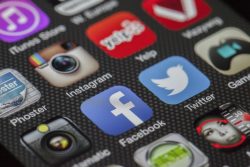 Over 10,000 domain names are blocked in China as of September 2018, but the list is constantly being updated. Depending on current events, particularly times of political tension, certain functional domains can be blocked for a brief period of time.

The most popular solution for getting around the Firewall is to download a VPN or Virtual Private Networks.

What the VPN does is that it allows its users to access secure, private networks. It also masks your physical location with the location of the VPN provider, so that even if you are physically in Beijing, you would appear digitally to be someone accessing the internet in New York, or Tokyo, for instance. This is one of the most common ways of getting around content filters in China.

VPNs are not explicitly illegal in China, so you CAN download and use them within the country. However, there has been a recent crackdown on websites and apps linking to VPNs, so make sure you download everything you need before you’re in China. If you wait until you’re in the country before you start trying to search for VPNs, you will struggle to find an effective solution. Language Trainers’ CEO Alexis Sheldon found this out the hard way when he went to Shanghai recently, planning to just deal with everything when he got there. He was unable to download the VPN software once he was there and was unable to use his favored apps like Google Maps.

Whilst the vast majority of popular websites are blocked, there are a few sites which can be accessed from China without any trouble, which could be useful to keep in mind in case your VPN drops.

Apple App Store: purchases can still be made and Apps downloaded, although access to certain app functions may be limited (i.e. downloading the YouTube app or Facebook messenger)

Wikipedia (but the Chinese and Japanese versions are currently blocked)

An interesting side note about Netflix before anyone gets too excited – whilst it technically isn’t blocked in China, the company doesn’t actually offer its services to China, rendering it inaccessible in the country anyway. 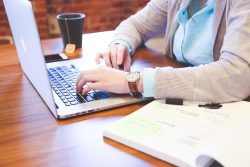 One of the benefits to China’s Great ‘Firewall’ is that it has allowed Chinese developers to produce their own apps and services free from competition. Whilst some of these sites may be difficult to navigate without knowledge of Chinese, you can still catch up on some of the latest shows using some of these streaming websites if you only knew where to look. Below is a list of some of the most commonly used sites.

The most commonly used search engine in China. Unfortunately, the accuracy and relevance of its results can vary, especially if you’re not searching in Chinese, but it can be used. Baidu Baike (百度百科) is Baidu’s version of Wikipedia, although currently, the majority of its information is in Chinese.

All of the above are alternative video hosting sites available in China. Youku is currently the biggest streaming site in China, having merged with its major competitor Tudou in 2012. Many shows and series are available on Youku, although paid subscriptions are required. Tencent Video is another popular video hosting site which streams entertainment videos and films. Some of these can be accessed for free, but others also require a paid membership to access.

Whilst other alternatives to social media exist unless you are planning to stay long-term in China, you most likely won’t have the opportunity to use them. Obviously, a certain level of Chinese fluency is also necessary to use some of these sites.

However, if you’re interested in blogging, and are looking to try out your Chinese writing skills to a Chinese audience, Sina is the biggest blogging space available to Chinese internet users. Alternatively, if you like to keep things short and sweet, Weibo (also by Sina) is the Chinese equivalent of Twitter.

Online discussion forums, such as Baidu Tieba, is the Chinese equivalent of Reddit and is divided based on topics of interest. Be warned, however, that this is NOT a good starting place for practicing your Chinese comprehension. The Tiebas are rife with Chinese internet slangs that can confound even a native speaker and are suitable only for advanced level speakers.

Whilst the Firewall can be very inconvenient for temporary travelers in China, if you’re learning the language and interested in applying it, then the Chinese web can be a fascinating place to venture into (not to mention having websites which stream some great TV shows for free!) Have you got any other tips for surfing the net in China? Let us know in a comment below. We’d love to hear your thoughts!

Did you enjoy this installment of our China series? If so, fear not, there will be more next week!