The Wacky Origins of Thanksgiving Words and Traditions

Turkey Day is nearly upon us and it’s almost time to break out your Grandma’s famous pumpkin pie recipe and start defrosting your birds! There are lots of phrases and traditions that have been so closely associated with Thanksgiving for such a long time that most of us use them or take part in them without really giving it a second thought. If you’ve ever wondered what Thanksgiving is really all about (or questioned the meaning behind certain customs), you’ve come to the right place! Read on to learn about the wacky origins of some of the most popular Thanksgiving words and traditions. 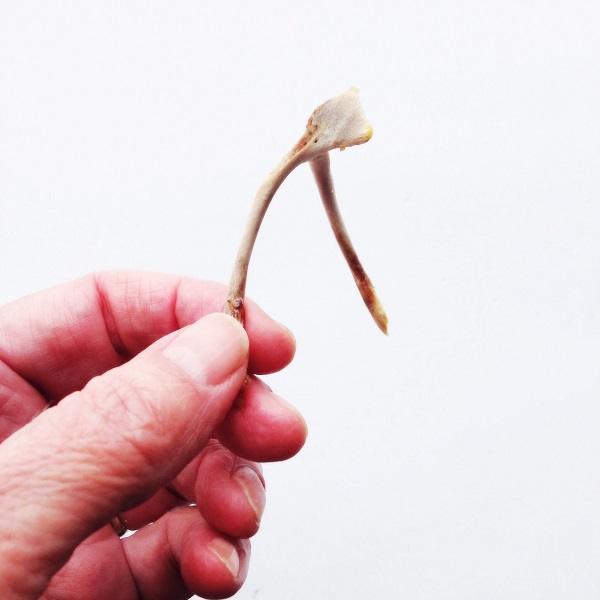 You’re probably pretty familiar with the tradition of snapping the Thanksgiving wishbone. Two people make a wish before pulling it apart, and the person who ends up with the longer portion of the wishbone will have his or her wish granted (and a nice side of good fortune to boot). But where exactly does breaking the Thanksgiving wishbone originate from? Well, even though Thanksgiving is a very North American holiday, we actually adopted the tradition from the English, who in turn borrowed it from the Romans, who got it from an ancient Italian civilization that believed chickens were oracles who could predict the future. Definitely a lot of history to think about this Thanksgiving when you pull that bone in two!

You may be a little surprised to learn that one of the reasons we feast on turkey for Thanksgiving is due to the fact that this bird was originally only native to North America. In fact, the history books tell us that the first Europeans to ever see a turkey were Christopher Columbus and his crew during his fourth voyage to the Americas. After spotting this royal bird, Chris and crew took to calling it gallina de la tierra which translates as land chicken. There’s still a lot of uncertainty regarding how exactly the English language went from calling the fowl a land chicken to a turkey, but some people believe it’s because the first turkeys to arrive in England were brought via the nation of Turkey.

I don’t know about you, but for me no Thanksgiving is complete without a serving of sweet potato casserole with melted mini-marshmallows on top. But where exactly did we get the term marshmallow from? Well, in the early days a marsh mallow was a type of plant (yes, it was found in marshes as the name indicates) that served as a sort of medicine. A gummy substance could be extracted from the roots and leaves of a marsh mallow and cooked with egg whites and sugar to create a hard medicinal candy for sore throats. Even though today’s marshmallows still carry the name, they’re made with gelatin instead of plant products.

It’s always fun to hit up local bars and pubs during the Thanksgiving season because many tend to have particular beers and ales that cater to the holiday. Given the golden hue of most ales, it seems like the perfect Fall/Thanksgiving beverage, doesn’t it (and a good way to ease the pain of a drama-filled holiday season)? We get our English ale from the Germanic word for beer which is aluth, but there’s still quite a bit of confusion regarding the origin of aluth. Some believe it derives from the root alu which has sorcery and magic connotations. Which makes total sense doesn’t it? Ale can indeed be a sorcerous and magical drink! 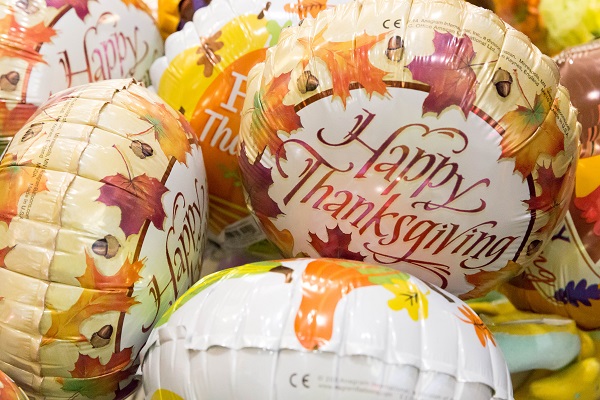 Of course our Thanksgiving list wouldn’t be complete without a taking a look at the origin story of Thanksgiving itself. American lore states that the so-called ‘First Thanksgiving’ was celebrated by the Pilgrims following their first harvest in the New World in the 1600s. Supposedly the feast and celebrations lasted for 3 days—imagine the sort of food coma you’d have after that! But, Thanksgiving was really put in place by none other than Abraham Lincoln. Not only did Lincoln make it a national holiday, he dictated it should always fall on the 4th Thursday of November and should be a time of “Thanksgiving and Praise”.

What are some of your favorite Thanksgiving words and traditions? Do you celebrate with any unique ones of your own?

Comments on The Wacky Origins of Thanksgiving Words and Traditions

Can You Learn a Foreign Language in Your Sleep? Read more
See more articles about Culture, English, Popular Culture