If you think you’re addicted to your phone, then you’ll think again when you visit China.

The Chinese are incredibly dependent on their smartphones. For many, a phone not only provides entertainment and the ability to socialize, but it also plays a big part in everyday transactions too. In short, having a phone will make your life a lot easier in China. It’s difficult to say whether this growing trend is a good thing or not, but as a tourist, it’s important to be aware of these trends, so you can be prepared for your travels.

So if you’re thinking of touring around China, one of the most important devices you’ll need is your phone. Here are some tips to get you started with using your smartphone the Chinese way. 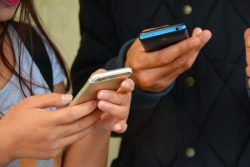 Doubtless, the biggest communications app used among Chinese-speakers, WeChat is an absolute must if you’re thinking of visiting China. The App is available in English and can be easily downloaded in the App Store or from Google Play.

Firstly, it’s a reliable app and completely accessible outside of China, which makes it a useful tool for communicating abroad when popular western social media such as Facebook, Instagram, and Snapchat are blocked. Secondly, it’s an important app for transactions and payments. WeChat Pay supports non-Chinese bank accounts, and the linking process is very simple, allowing you to carry out mobile transactions quickly and efficiently abroad simply by scanning a QR code.

Ran by the Alibaba Group, one of China’s most influential business companies, this is the Chinese equivalent of Ebay. You’ll be able to find and order almost anything you’re looking for, and this can be very handy if you find yourself in a pinch and needing something vital for your journey.

Bear in mind, however, that the quality of products are not always guaranteed, so make sure you only purchase from sellers with high ratings and reviews. Tmall is said to have better quality than Taobao, but it depends on where and what you’re buying.

Alipay is one of the common methods of payment for both Tmall and Taobao. Its function is similar to WeChat Pay. It can be linked up to a bank account and payment can be done with a quick scan of a QR code. It’s also a recommended download and a handy way of paying. 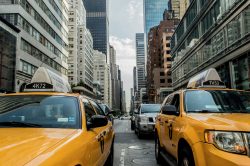 Whilst buses remain a popular and cheap way to access the city, the easiest and quickest mode of transport remains, however, the taxi.

DiDi is the Chinese equivalent of Uber. You call a taxi to a specified location, and you pay using WeChat Pay or Alipay in the app. The app allows you to see the number plate of whoever has picked up your order, as well as the distance of the car from your location. Different types of service are also available, depending on whether you would like to hire just for yourself or to share with other passengers, which can be cheaper.

Whilst an English version of the app exists, the interface is not perfect. For example, the stock messages which can be sent between customers and drivers are not always translated if drivers are using the Chinese version and customers are using the English. Many drivers are also unable to speak English, so knowing a few common phrases, as well as a few place names, can be handy in helping you avoid unnecessary hassle.

The name of this App literally means: ‘You hungry?’ And as its name suggests, it’s a takeaway service which not only brings you cooked food but any other groceries you need from the supermarket.

Another service owned by the Alibaba Group, the company has a policy of ‘Everything in 30’. Deliveries are quick and practically run 24/7 if you’re in a large city. Unfortunately, the app currently has no English version, so it’s recommended that you have at least some basic knowledge of Chinese if you want to use it. Still, if you’re feeling a bit lazy and peckish (which is unlikely, think about how many restaurants and food stalls there are in China!), then ELeMe is the place to go. 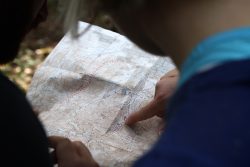 Since Google Maps is out of the question due to China’s firewall, GaoDe Maps is the keymap app used for navigation.

Aside from functioning in exactly the same way as Google Maps, outlining routes by foot, car, and public transport, as well as the times, GaoDe Maps also comes with a function for calling taxis, similar to DiDi. If you’re not planning to install a VPN in order to access Google Maps, having GaoDe Maps is a good back-up in case things go wrong.

An issue with GaoDe Maps is that there is currently no English version, which might navigation a little more difficult if you’re unfamiliar with Chinese. However, the app does respond to Chinese addresses written in English, so you won’t have to worry about using the app, at least!

Whilst we’ve picked out some of the most important and commonly used apps in this article, this list is by no means complete. Let us know which apps you would recommend during your travels in China, and which ones we should have included in our list! We’d love to hear from you!

Did this article in our China series make you want to book a ticket to Beijing? Stay tuned for more next week!