The Milky Way in Myth and Etymology

I remember the very first time I saw the Milky Way.  Having lived in cities and suburbs all my life, I’d always been aware that there was a thing in the night sky called the Milky Way but was never entirely sure what it was.  While science textbooks told me it was the galaxy our solar system is orbiting around in, and that the Milky Way itself is moving through space at 671,080 mph, those were just numbers and abstract thoughts.  A more concrete image in my head was that of the caramel-nougat candy bar—nothing all that spectacular.

Then, on a trip to Ireland where I ended up catching a bus to a small village in the countryside, where there were more cows than people and the closest building was a shop three miles down the road, I found myself going on a walk after dark.  It was a clear, moonless night, and with no light pollution I was able see the Milky Way unobstructed: it looked like someone had spilled a trillion diamonds of infinite sizes, all luminous and spiraling away into the hugeness of space, over a black cloth.  Needless to say, I was properly impressed, and somewhat annoyed at what a deceptively unspectacular word we use to describe such a phenomenon.

Actually, the term “Milky Way,” as well as the German “Milchstrasse” and the Norwegian “milkeveien” dates back to the Latin “via lactea,” which in turn dates back to the Greek “galaxias kyklos,” meaning, “milky circle.”  The Greek myth that inspired this name tells of Zeus, king of the gods and womanizer extraordinaire, bringing home his half-mortal son Hercules for his wife Hera to nurse.  Annoyed, Hera pushed the infant away from her breast, resulting in a stream of divine milk spilling across the sky.

However, other cultures have different myths and thus different terms for our galaxy.  In Finnish mythology, the sky is seen as the inside of an enormous bird’s egg.  When the egg hatched, it created a path of light to Lintukoto, the home of the birds.  Thus, when birds migrate south for the winter, they are believed to take “the path of the birds,” which the Finns call “Linnunrata.”  Other northern countries have the less poetic “Winter Way,” such as Iceland’s “vetrarbrautin,” and Sweden’s “vintergatan,” as the Milky Way is thought to be more visible during the winter months.  Spain has the phrase Camino de Santiago, referring to when pilgrims used the Milky Way to navigate to the sacred place Santiago de Compostela.  (Incidentally, compostela literally means “field of stars.”)

The Inca Empire, on the other hand, believed the Milky Way was an extension of the Peruvian river Vilcanota, and that the dark patches in the galaxy were the homes of animal deities such as Llama, Snake, and Toad.  In their mythology, the Milky Way was a conduit to the divine realm, creating balance in the universe.  The Mayan civilization viewed the Milky Way as a manifestation of the World Tree when it aligns with the North-South axis, and a canoe carrying the maize god to his place of creation when it aligns with the East-West axis.  In the Apache tradition, the Milky Way was seen as the path to the afterworld that crosses the shoulders Yolkai Nalin, the goddess of death, and which all souls have to take.

Many Asian countries refer to the Milky Way as the “silver river.”  Vietnam’s myth of its creation tells of the Weaver Fairy, daughter of the Jade Emperor and weaver of silk robes for the other fairies, who fell in love with the Buffalo Boy.  She begged her father to let him come live in the sky with her, and the Jade Emperor agreed.  But they were so happy that they abandoned their duties, so the Jade Emperor created a silver river to separate them forever.  But the two lovers are allowed to meet each other once a year, on the seventh day of the seventh month, which is symbolized by the conjunction of the two stars Vega, in the western constellation Lyra, and Altair, in the constellation Aquila.  While this myth is considerably more romantic than that of Greece, there are countless interesting facts and stories about the Milky Way ranging from culture to culture.

Which Milky Way myth is your favorite? 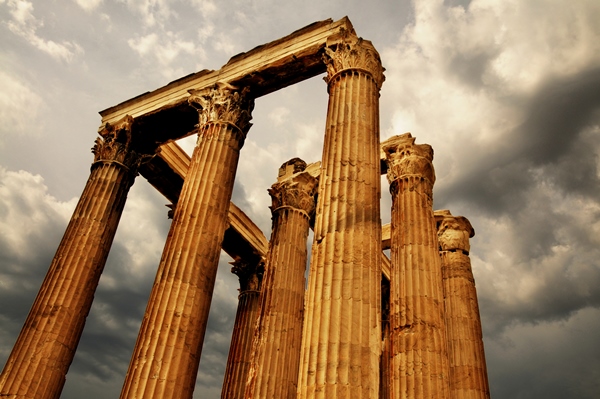