Perfecting Your American Accent: A Review of Saundz

Saundz is an intensive American accent training course that’s available on your computer and smartphone. It ambitiously claims that you will “speak perfect American English” after the 40-hour course, which is divided into several chapters arranged by increasing difficulty.

To achieve this, Saundz uses a technical approach. They give detailed explanations of each phoneme in common English words, and have clear animations showing how these are articulated in the mouth. Ultimately, it’s some of the best American accent training software we’ve seen, breaking down complex concepts into easy, actionable steps that make improving your accent a breeze.

Are you looking to perfect your American accent? Are you a teacher with students who want to learn American English? We’re teaming up with Saundz and giving away a FREE ACCESS CODE that lets you get your hands on everything Saundz has to offer! Leave a comment HERE to enter.

It might not be able to give you a perfect American accent, but it’s an excellent tool for advanced learners who are learning American English for business or school, or those who plan to take American English exams like the TOEFL.

Saundz makes use of the International Phonetic Alphabet (IPA), which is a system of symbols representing all the sounds that exist in human languages. This eliminates the confusion involved when certain letters can be realized as different sounds (think of “care” vs. “race”). Thus, it presents learners with the word and definition in English, as well as its IPA. 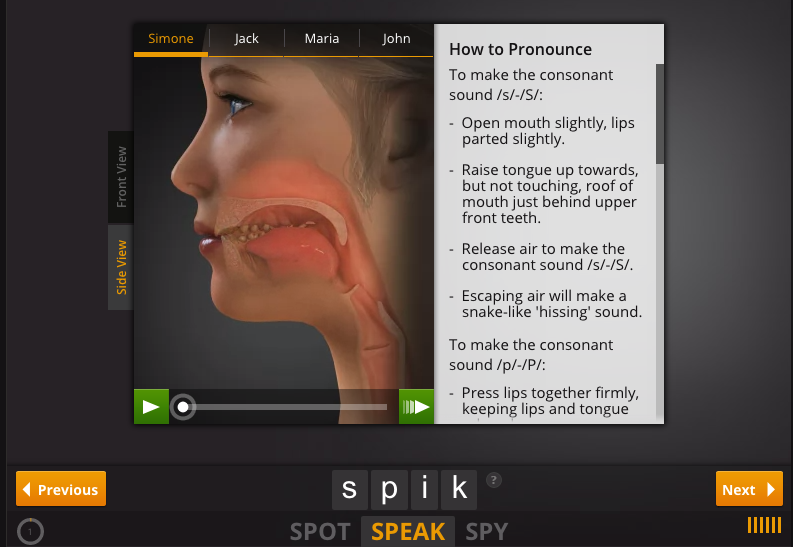 Saundz breaks down words into their smallest segments, advancing through words phoneme by phoneme, until ultimately producing all the sounds in succession. As you can see in the above picture, words are presented both visually and auditorily; that is, not only do you hear the word pronounced by a native speaker, but you also see what is going on inside of the mouth when certain sounds are being produced. This is particularly useful for tricky sounds that you just can’t quite master – often times, seeing the articulation of the lips and the placement of the tongue can make it finally click.

In addition to hearing the sounds produced by native speakers (there are 4 voices in total), Saundz also gives you the chance to make your own recordings, which you can then compare to those of the native speakers. This way, you can hear directly which sounds are causing you the most trouble, allowing you to focus on what needs the most work.

It’s all in the details

Saundz does a great job of understanding what differences are the hardest for non-native English speakers to understand, and zeroing in on those differences. For example, words like bit and pit constitute minimal pairs, which means they’re pronounced exactly the same except for one small difference. In this case, the difference is that your vocal chords are vibrating when saying the b in “bit”, but not the p in “pit” (put a hand on your neck and see for yourself!). As you can see below, many lessons focus specifically on minimal pairs, allowing learners to identify and master the subtle pronunciation differences between the two words. 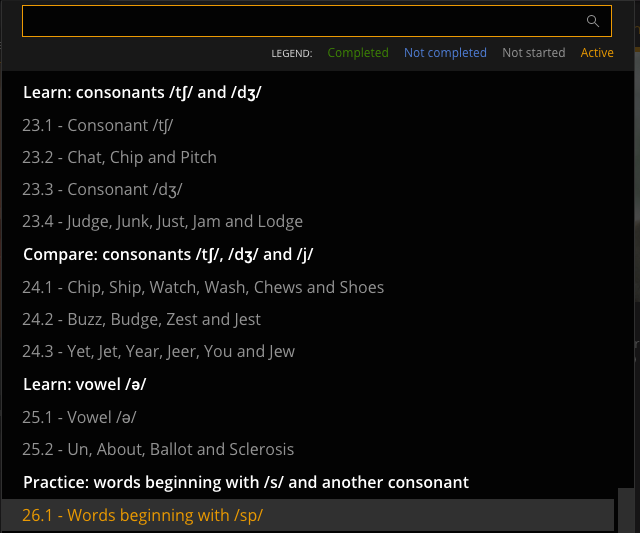 Another plus is the clarity of the recordings, which capture extremely subtle differences between certain similar-sounding words. In the words pick and pig, for instance, the “i” sound is held for slightly longer in “pig” than in “pick”; sure enough, the recordings reflect this small distinction. The devil is in the details: features like these help Saundz live up to its claim of teaching learners “perfect” American English.

Personalized courses based on your native language

Our favorite feature is the ability to choose different courses based on your native language. These courses focus on the pronunciation issues that are most difficult for speakers of particular languages. For instance, the Spanish course spends time on the difference between b and v (a distinction that does not exist in Spanish), whereas the Chinese course pays more attention to the difference between l and r.

We have only two grievances with Saundz. First, we’d like to see a more in-depth introduction to IPA for those who aren’t familiar with this. An interactive chart, in which the user can click on each sound and hear it pronounced, would be a great addition. Second, though the software teaches correct pronunciation, it would sometimes be useful to hear not only the correct pronunciation, but also the ways in native speakers deviate from that pronunciation. For example, in the word “bit”, native speakers rarely articulate the t sound, instead reducing it to a glottal stop (a quick closing of the throat). This means that the word stops abruptly after the vowel (try it!); it’s quite uncommon to hear the t fully pronounced.

Still, Saundz does an excellent job at giving learners a thorough course for mastering the American accent. Given that it is quite detail-oriented, we recommend it for students and teachers of advanced learners who have already grasped the basics of the language. As such, it serves as a great supplement to American English textbooks. And at just $19.99, it’s much cheaper than most other American accent software/apps.

See for yourself how Saundz can help you transform your American accent—and do it for FREE! Simply leave a comment HERE and you’re automatically entered to win a free access code.

Overall,  if you’re taking English classes and want to work more on your American accent out of class, consider giving Saundz a try. Check out their website here.