Not making an effort to understand or adapt to a country’s work culture is risky, to say the least. The difference in how companies are run can vary from country to country and what one country might interpret as being open and to the point, another might regard as being rude and disrespectful.

Some countries can be a little laxer on punctuality than others and have a tendency to keep guests waiting way past the time stated on the schedule.

The egalitarianism of The Netherlands can cause confusion amongst many business people, as high profile employees make coffee and run errands, and perform many tasks that foreign employees might associate with jobs lower down on the hierarchy. 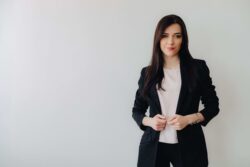 Revealing outfits that show cleavage and knees are ill-advised for businesswomen trying to make a good impression in the Middle East, China, and Japan. Loud colors are also unlikely to be well-received.