What is This ‘Locker-Room Talk’ Donald Trump Keeps Talking About?

Perhaps one of the most shocking October surprises to hit Trump’s campaign for the presidency this month was the leaking of a tape in which the former reality TV star (and current wannabe leader of the free world) was caught making lewd statements about women.  As was to be expected, the Trump camp went into full PR lockdown mode, leaving us wondering how exactly Trump planned on handling the issue. Of course, we should have known better than to hold our breaths in hopes of an apology. In true Trump form, the presidential candidate brushed his vulgar words off as ‘locker-room talk.’ As a woman, this has opened up a slew of new questions. We’ve all heard the term ‘locker-room talk’, but I for one didn’t believe it was a real thing. It seemed too far-fetched to believe that guys really stand around making misogynistic conversation together. Or maybe I just didn’t want to believe it, but it’s something that’s a lot more common than I think.  So what exactly is locker-room talk? And where do we draw the line? 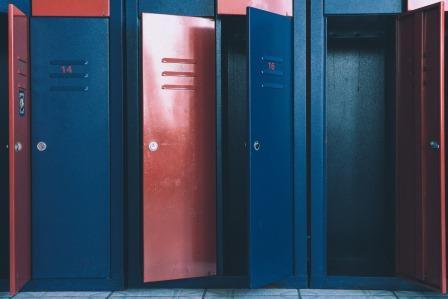 What is locker-room talk?

While it’s hard to know the origins of locker-room talk (for all we know early Greek athletes bantered in the locker-room), we can look at what the term means from a modern context. Quite simply put, locker-room talk is chit-chat that happens, well, in the locker-room. As surprising as it may seem, locker-room talk applies to both men and women and can cover a broad range of topics. However, the common stereotype is that it’s something men mostly do, and a large part of it is discussing one’s female sexual conquests or fantasies. But, according to some experts, locker-room talk usually has surprisingly little to do with sex and a lot to do with other topics. Professional athletes discuss everything in the locker room from injuries, to music, to traffic. And although there can be some crude talk of sexual exploits involved, conversations that detail sexual assault in the manner that Trump’s did are not considered a part of locker-room talk or etiquette, for that matter. 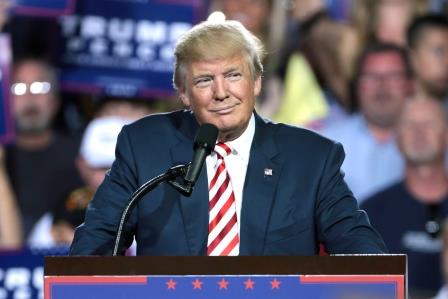 Is locker-room talk a defense of frail masculinity?

Let’s pause for a second to be honest with ourselves: did Donald Trump’s words really come as such a shock to any of us? While society is slowly changing for the better, there was a time when homosexuals were mocked or kicked out of locker-rooms. There was a time when male athletes would berate and expose themselves to female reporters in the locker-room just to prove a point (and it still happens, although to a lesser extent, today). Masculinity is a frail concept that for too long has needed to be defended and proved – usually through language. None of us should be so naïve as to think that this sort of talk is unique to Donald Trump. The only difference between him and multitudes of other powerful and famous men is that he got caught doing the talking. And while actions like these are completely unacceptable, we also have to take a look at how society’s perception of masculinity has paved the way for this sort of thing to happen. For example, my father was raised to believe that boys didn’t play with dolls, that men never cried or showed emotion, and that a man’s wants and desires always superseded a woman’s. Unfortunately, this has still carried over to the Millennial generation with plenty of young men struggling to change society’s perception of masculinity.  As disgusting as it is, Trump’s talk was more a defense of his frail masculinity than anything else. And it’s his need to defend it in the first place with such vile language that is particularly disconcerting. 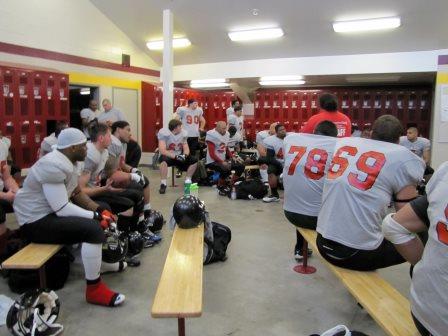 Where do we draw the line?

At the end of the day, locker-room talk is really just another creepy cliché, isn’t it? The last time most of us were in a locker-room was probably in high-school and, I don’t know about you, but at the gym I don’t hang around the locker-room making weird chit-chat with strangers – I’ve got better things to do. Trump’s attempt to normalize his words hasn’t been well received with those who actually do spend a significant amount of time in the locker-room, usually chatting with the same people day in and day out: pro athletes. Since the tape was leaked, numerous athletes have come forward to point out that while locker-room talk does happen, and while men do talk about women, they don’t speak the way Trump claims is normal locker-room talk. It’s a relief to know that the line is drawn when it comes to bragging about sexual assault, rape, or forcing yourself on someone. Still, sexual fantasies, exploits, comparisons of butt and breast sizes, and so on are still acceptable, so are we really winning this battle, or simply compromising because we can’t expect any better?

Comments on What is This ‘Locker-Room Talk’ Donald Trump Keeps Talking About?