The Science of Catchy Songs

What makes a song so catchy that you are unable to forget the lyrics or the tune? Could it be because it’s simply a well-written song or could there really be some sort of strategic Josie and the Pussycats subliminal combination going on that we’re unaware of? We may not be able to prove anything here, but speculating never hurt anybody, right? Spread thin with case studies, we’ll only be covering a few particular songs and see if we can uncover the science behind them.

A study completed at Dartmouth College explains that a catchy song creates an “itch” in the auditory part of a brain and the only way to cure this “itch” is to listen to the song. Paul Barsom from the Penn State school of music says there are several factors that make a song catchy, like musical combinations with dance movements and familiarity or common similarity in music. Psychologists call this the “mere exposure effect,” meaning similarity and familiarity create and sustain the same pleasing figurative  “itch” in our ear similar to the feeling of scratching your back in the right way. And just like your back, there’s an inconmensurable “itch” that gets constantly scratched the more people continue to listen to what they already like even if there is a lack of understanding of what the song actually means.

All About The ¨Case¨ 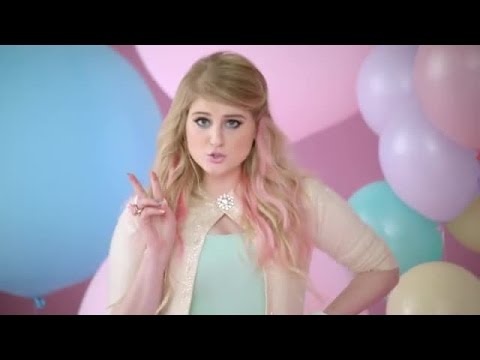 To begin, a case study in particular that is incredibly curious is Meghan Trainor’s atrociously repetitive “All About The Bass¨ (2014). Two years after its release, social media still refers to this song for some strange reason. To top music charts across the US and UK, the beat proved to be hard to ignore, playing on the airways for an incalculable amount of time.

“All about the Bass,” though, is just one example of many overplayed songs on the radio of its kind that share a common rubric: a catchy beat, a trending theme or strong cultural connection, and a repetitive chorus. The trending topic encapsulates the media frenzy around more curvy women being accepted and appreciated sans body shaming. Since the hot new-old theme these days is female empowerment, “It’s all about the bass” metaphorically speaks to the coiffed boy’s attraction to the deeper bass or robust woman as opposed to the lighter melody, likened to a thinner woman. The video supports this theme with curvy pasteled costumed women singing and dancing and one large heavy-set man gracefully dancing towards a coiffed boy next door. 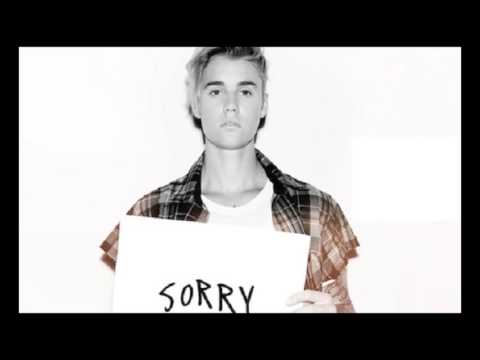 In 2015, the pop kid that we’re finally starting to welcome back into our lives, Justin Bieber, released his song ¨Sorry¨ and we haven’t been able to stop swaying ever since. ¨Sorry¨ isn’t as big a fluke, though, as you might believe. There’s something very strange going on in the pop world where, if you listen carefully, simple lyrics combine with a rhythmic, caribbean, deep house beat that makes it nearly impossible to keep from gyrating like any one of the colorfully attired dancers in the bright white studio that appear in Mr. Bieber’s video. But what about this song (and others) causes your body to mimic the choreographed moves to no avail? Similarity, familiarity, and simplicity. Based on the current EDM (Electronic Dance Music) trends, multiple artists with musical stylings similar to Diplo and Swedish House Mafia have snuck into the mainstream music scene and have concocted the perfect formula. 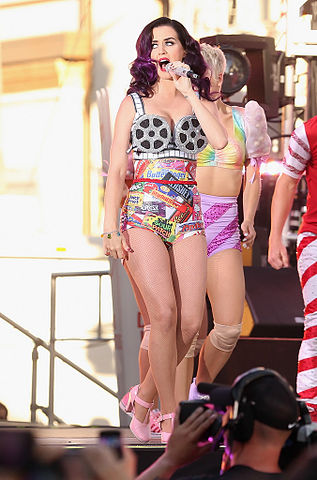 Next on the undeniable catchy beat song list, let’s go back to the Summer of 2008 where Katy Perry’s repetitive, formulaic “Hot N Cold” became a hit. The formula is too obvious to deny: a hook (a short catchy phrase or passage) with a catchy beat and strangely familiar white background with brightly dressed actors (golly-jee!). Here, any listener is clearly too distracted by what is happening in the video to pay attention to the repetitive and nonsensical lyrics:

The lyrics seem to go on forever and ever with the same repetitive rhythm and the tone clearly focused on an ex-boyfriend’s inability to commit, a topic most women can relate to. The combination of a repetitive chorus and a relatable topic will always have you humming this song in the shower and shamefully jamming out to it in your car.

So, What’s The Sitch?

Image of a Connectogram via Wikipedia

As we all know, if you hear something several times a day, it is impossible for it not to become familiar to you, which is exactly what they want. “They” or the musical conglomerates that control our radio sound waves and create that “itch” and take heavy note on the musical stylings that make up our tastes, aka the Music Genome Project.

One of the few media giants is Clear Channel. This famous media conglomerate uses a program called  “On the Verge” that uses songs that have been tinkered with by radio geniuses who then use tools to insure a firm obsession with the audience. Once the song is named “On the Verge” it is played over 150 times a day on every Clear Channel network to a community of nearly 250 million listeners. Talk about aggressive! The “On the Verge” program feeds on familiarity, which creates hits; undoubtedly a clever marketing strategy, but unfortunately for our musical growth another formulaic hit with a catchy and repetitive beat and lacking any creativity. Yawn.

Listen, I don’t know about you, but I’m suspicious of all these catchy songs out there. Give me something new and fresh that doesn’t have a repetitive chorus with randomly strung together phrases.

Because, I’m so, so, over it.
And I can’t, can’t deal with it.
All these catchy tunes sound the same, blame, tame, NO AIM!
So let’s try something new, yoo-hoo,
And I won’t lose my coo-hewl!”

(Cut to author in a dance ensemble with 5 back up dancers all dressed in electric colors on an all white background.)

I’ll let your imagination fill in the rest, or maybe Clear Channel can give me leg up?

Comments on The Science of Catchy Songs