Gender Equality Does Not Apply When Learning Spanish

Although we hear much about gender equality just about everywhere these days, it does not apply when learning Spanish… grammatically speaking that is! It might seem silly to think of a “coffee table” as a “she” or of a powerful car as a “he,” but this is so engraved in the mindset of many Spanish speakers that to think otherwise seems silly for them in return. Just as my Mexican friend was surprised on an occasion when, after one of my colleagues made a detailed description of his powerful muscle car, he ended with the grand closure: “yep she is a beauty!” A car, even more… a powerful car, in the mindset of most Spanish speakers and in the grammar of Spanish is a “he” –a masculine in gender, in other words.

“A car, even more… a powerful car, in the mindset of most Spanish speakers and in the grammar of Spanish is a “he” –a masculine in gender, in other words.”

This clear distinction and classification affects many parts of the language in the construction of sentences such as in the relationship of the noun with the adjective, the article and the determiner. So, we say “la casa” and not “el casa,” and “una casa” and not “un casa”; or we say “esa casa” and not “ese casa”. These structures constitute one of the most common mistakes of people trying to learn Spanish, as it is hard to remember the gender of so many new words one is learning when acquiring a new language. For many, it is also the source of the funniest (or most embarrassing) experiences of those practicing Spanish, such as calling your boss at work (who is a man) madam or vice versa, or calling a bad-tempered female police officer “Sir” in a foreign airport!

So, what could we do to improve our understanding and use of different gender words in Spanish? Well, here is a list of a few tips that can help you get your genders in Spanish right, and hopefully save you from further embarrassment. 1. Use color codes when learning new words. This tip is built in with the assumption that most people, when learning a new language, try to keep a record or list of new vocabulary words, whether physical or electronic. The idea here is to color code your words in a way that may help you remember their gender. This can be done by highlighting all your masculine words in one color and all your feminine words in another, and using both color for words that can be either masculine or feminine. For the flashcards or 3x5s fans, I have seen this tip done using either of different colors.

2. Learn the general rule, words ending in “o” are generally masculine and words ending in “a” are generally feminine, but don’t get overconfident. Why? Because there are many exceptions –too many if you ask me. Thus, through practice, you will find that you will master the correct use of genders with some study of the words (handy color coded lists will help here), a lot of practice and perseverance.

3. Learn the most common exceptions. There are some exceptions that even native speakers find difficult to get it right. As you advance your skills, pay more attention to exceptions that include words you will probably be using more. Do not try to take it all in in a few months! Think of it as a marathon per say.

I have heard from Spanish learners that for some, it might be easier just to learn each word with its gender separately, not trying to find the rule or exception they fall under. It seems for them it would take longer than actually learning the words and their gender.

In any case, do not be embarrassed to make mistakes (it will stop eventually), and do not worry if you make a fusion, mixture or even invent new genders when you speak (practice) your Spanish …just smile to those listening (even to that bad tempered female police officer who you called a Sir) and tell them “estoy aprendiendo español.” I am sure they will sympathize, maybe even empathize. Remember, practice makes masters.

Salvador Padilla is a Spanish Teacher at Language Trainers and Cambridge Certified ESL Teacher as well as an experienced translator/Interpreter for English and Spanish. If you’re beginning your Spanish studies, or are a seasoned learner wanting extra practice, check out Language Trainers’ free online Spanish language level test.

Comments on Gender Equality Does Not Apply When Learning Spanish 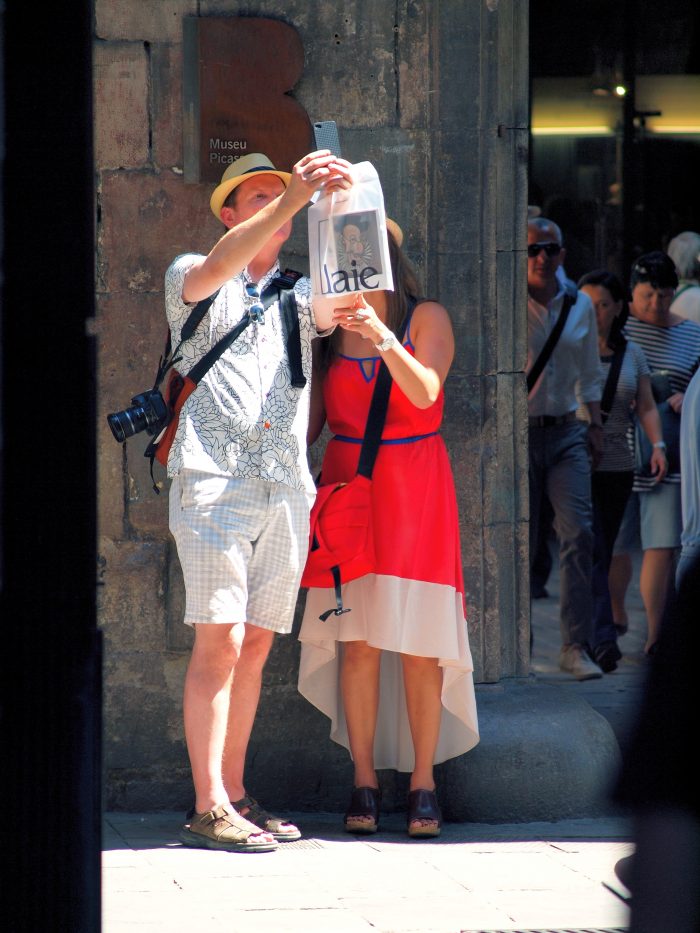