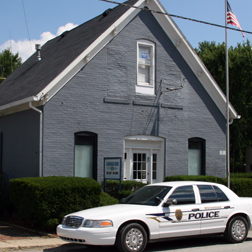 Founded in the 1850s as a result of railroad expansion, Whitestown has rapidly continued to grow as the manufacturing and service industry has continued to boom. The last decade has seen Whitestown become the fastest growing municipality in Indiana and a staple of the state’s global economy, attracting the likes of Swiss corporation REGO Fix to establish their US headquarters here. As the town continues its tremendous growth, the need for talented individuals with foreign language abilities is at an all-time high. Take advantage of this growing demand and learn a new language with the qualified, native speaking teachers at Language Trainers. Every lesson and course is taught at a speed that is tailored to how you learn best. Use one of our free online language tests to test your ability or contact us about creating a custom-made personal course and get started learning today.

Sign up for our Portuguese lessons in Whitestown today! Schedule your lessons whenever you want them, so you can always find time to study, regardless of your timetable or location. You don’t even have to leave home to meet your teacher!

1-on-1 General Portuguese Course in Whitestown

Our general one-on-one courses in Whitestown will help students improve their Portuguese level quickly and efficiently, whatever their needs. One of the most exciting aspects of our courses is that they are developed entirely around the needs of the students. The fact that we offer our Portuguese classes on a One-on-One basis means that you can learn the words and phrases you need in a comfortable and relaxed environment.

1-on-1 Business Portuguese Course in Whitestown

Our Portuguese courses in Whitestown are taught on a one-on-one basis and will help you improve your business communication skills immensely. No matter what level you begin at we will soon have you dealing with business introductions comfortably before moving onto other matters. Beginner level students can expect to finish the course with basic telephone Portuguese and email skills, as well as a level of survival Portuguese, granting them the ability to work in a country where Portuguese is the native tongue.

19322
people have taken our
Portuguese level test.
1
language teachers in Whitestown
are already registered with Language Trainers.
Start Learning
“”The lessons are going really well and Vivi is a great teacher.””
Robert Larson
Portuguese course in Denver, PCAOBUS
“”We are over the moon with surprise at our Portuguese classes with Lisandro! What we have discovered is Lisandro’s method is so successful at pushing our comprehension, our brains are full at 90 minutes! ””
Kevin Curtiss
Portuguese course in Kansas City