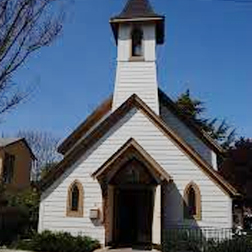 Since its foundation as a small settlement in the Santa Clara Valley, Sunnyvale has exploded and is now one of the centers of our globalized world. The home of hundreds of small, medium, and large tech companies, Sunnyvale has become a center for the US’s domestic and export economies. As Sunnyvale is part of Silicon Valley, the job marketplace reflects the innovation and competition in the area and it is almost a necessity for individuals to have foreign language abilities. In order to make sure you are up to speed on your language skills, reach out to Language Trainers today and set up a class with a qualified, native speaking teacher. Every session will move at a pace that makes you feel comfortable and provides the highest level of retention for you moving forward. Use one of our free online language tests to test out your level or get ahead of the curve today by contacting us to create your custom language course.

Sign up for our Portuguese lessons in Sunnyvale today! Schedule your lessons whenever you want them, so you can always find time to study, regardless of your timetable or location. You don’t even have to leave home to meet your teacher!

1-on-1 General Portuguese Course in Sunnyvale

Our general one-on-one courses in Sunnyvale will help students improve their Portuguese level quickly and efficiently, whatever their needs. One of the most exciting aspects of our courses is that they are developed entirely around the needs of the students. The fact that we offer our Portuguese classes on a One-on-One basis means that you can learn the words and phrases you need in a comfortable and relaxed environment.

1-on-1 Business Portuguese Course in Sunnyvale

Our Portuguese courses in Sunnyvale are taught on a one-on-one basis and will help you improve your business communication skills immensely. No matter what level you begin at we will soon have you dealing with business introductions comfortably before moving onto other matters. Beginner level students can expect to finish the course with basic telephone Portuguese and email skills, as well as a level of survival Portuguese, granting them the ability to work in a country where Portuguese is the native tongue.

19322
people have taken our
Portuguese level test.
32
language teachers in Sunnyvale
are already registered with Language Trainers.
Start Learning
“”The lessons are going really well and Vivi is a great teacher.””
Robert Larson
Portuguese course in Denver, PCAOBUS
“”We are over the moon with surprise at our Portuguese classes with Lisandro! What we have discovered is Lisandro’s method is so successful at pushing our comprehension, our brains are full at 90 minutes! ””
Kevin Curtiss
Portuguese course in Kansas City