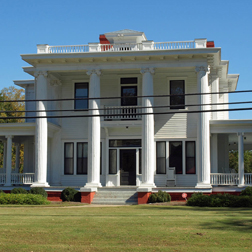 Originally a small farming town that was established in the early 1900s, Braselton has continued to grow steadily thanks to manufacturing firms and distribution facilities. Having perfect access to several main highways and transportation routes has allowed Braselton to expand exponentially and into national and global markets alike. Since this expansion is continuing at a rapid rate, the need for employees with foreign language abilities has increased at a rapid rate as well. To stay competitive in the marketplace, learn a new language with a qualified, native speaking teacher at Language Trainers. Your courses will be molded to your preferred learning pace and will allow you to learn in a way that is best for you. Try our free online language tests to test your foreign language abilities or start learning today with a custom-made language course designed just for you.

Sign up for our Italian lessons in Braselton today! Schedule your lessons whenever you want them, so you can always find time to study, regardless of your timetable or location. You don’t even have to leave home to meet your teacher!

1-on-1 General Italian Course in Braselton

Our general one-on-one courses in Braselton will help students improve their Italian level quickly and efficiently, whatever their needs. One of the most exciting aspects of our courses is that they are developed entirely around the needs of the students. The fact that we offer our Italian classes on a One-on-One basis means that you can learn the words and phrases you need in a comfortable and relaxed environment.

1-on-1 Business Italian Course in Braselton

Our Italian courses in Braselton are taught on a one-on-one basis and will help you improve your business communication skills immensely. No matter what level you begin at we will soon have you dealing with business introductions comfortably before moving onto other matters. Beginner level students can expect to finish the course with basic telephone Italian and email skills, as well as a level of survival Italian, granting them the ability to work in a country where Italian is the native tongue.

12760
people have taken our
Italian level test.
1
language teachers in Braselton
are already registered with Language Trainers.
Start Learning
“”What I enjoy most about the classes is that they are a lot more conversational rather than a textbook approach. Looking forward to future classes!””
Kimia Sadeghi
Italian course in Newport Beach
“”My daughter is very much enjoying the tutoring. She even said her Italian genes must be coming through because she thinks she enjoys the Italian language more than even French.””
Clifford J. Ameduri
Italian course in Brooklyn