Washington, DC, known not only as the capital of the United States but often as “The Capital of the World,” is a global center for trade and commerce. In 2020, CNBC voted D.C. the 3rd best metro area to start a business. In such an international city, learning German will be an asset, as it is one of the most important languages for business. Also, according to the 2011 census, more than 11,000 people of German origin live in the city, so acquiring the language will allow you to connect with them on another level, find business partners and understand more about this fascinating culture both in Washington DC and worldwide. 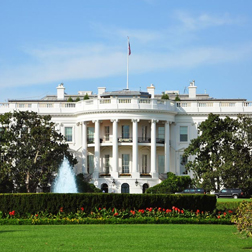 Why Study German in Washington DC

Learn German for Work: With the EU being the country’s largest trading partner, and German the most widely spoken language within it, taking German lessons in Washington, D.C. will allow you to maximize your business potential both in the U.S. and abroad. As the official language of Germany, Switzerland, Austria, and Luxembourg, just to name a few, knowing German can help you forge new international connections and expand your horizons worldwide. For example, German companies such as Liebherr and T-Mobile, a subsidiary of the German telecommunications company Deutsche Telekom AG, have a strong presence in D.C. and are constantly on the lookout for new bilingual talents. Taking German courses in Washington, D.C. enhances your employability, allowing you to make the most out of the German job market without the need for an expensive flight to Europe!

Learn German for Social: Work aside, Washington DC offers many opportunities for those who are more interested in making friends with similar interests in the German language. For example, you can join the Washington, DC German Meetup group, with more than 3,000 members who get together weekly to practice the language while having outdoor picnics and happy hours! And if you have children, you can also join the Arlington Deutsche Spielgruppe-German Playgroup, a group for German-speaking families who would like to give their children the chance to play with other German speakers. After the meeting, you can go and have some traditional German food at the Cafe Berlin on Massachusetts Ave, well-known for their authentic German bread and sweets. Another option is Cafe Mozart DC on H St, for example, a place that offers delicious dishes such as schnitzel and fresh apple strudel that you can order while listening to live music in German. You will be able to understand both the menu in German and the lyrics after taking some lessons with us at Language Trainers!

Learn German for Culture: In 2016, around 44 million US citizens claimed full or partial German ancestry, meaning that many aspects of German culture can be found all over D.C. As an example, the Goethe Institute on K St frequently organizes music concerts and film festivals featuring some of Germany’s best artists. You can try and approach them after the show and impress them with your newly-acquired German skills! And if you are interested in history, you will be happy to know that the Library of Congress on Independence Ave has an extensive German collection, the largest one outside of Germany. Some interesting pieces to read in their original language are the Gutenberg Bible, original music by Liszt and historical maps. Taking German classes in Washington, D.C. is a perfect way of exploring a fascinating culture which has contributed so much to the arts of our world today.

Where to Learn German in and around Washington DC

Learning a foreign language is always a worthwhile investment and, at Language Trainers, we work to ensure you reach your desired goal. Our professional, native teachers can go to your home or workplace, or you can take your classes at a public place if you prefer. Some options around DC are the Public Library on K Street, Filter Coffeehouse & Espresso Bar on I Street or La Colombe Coffee Roasters on Blagden Alley.

If you are living in the outskirts of Washington DC, you can still book a language course with us. We have top-notch teachers ready to start in Alexandria, Arlington, Baltimore, Fairfax, Vienna, Falls Church, Rockville and Bowie.

What are you waiting for? Let’s go, lass uns gehen! Take our free German level test online and we will start designing a customized course suitable to your skills and abilities!

Sign up for our German lessons in Washington, D.C today! Schedule your lessons whenever you want them, so you can always find time to study, regardless of your timetable or location. You don’t even have to leave home to meet your teacher!

Our general one-on-one courses in Washington, D.C will help students improve their German level quickly and efficiently, whatever their needs. One of the most exciting aspects of our courses is that they are developed entirely around the needs of the students. The fact that we offer our German classes on a One-on-One basis means that you can learn the words and phrases you need in a comfortable and relaxed environment.

Our German courses in Washington, D.C are taught on a one-on-one basis and will help you improve your business communication skills immensely. No matter what level you begin at we will soon have you dealing with business introductions comfortably before moving onto other matters. Beginner level students can expect to finish the course with basic telephone German and email skills, as well as a level of survival German, granting them the ability to work in a country where German is the native tongue.

21155
people have taken our
German level test.
3
language teachers in Washington, D.C
are already registered with Language Trainers.
Start Learning
“”My German lessons are going perfectly fine. And I choose Language Trainers because of the flexibility and the price.””
Ecco Matlak
German course in Long Island
“”Angelica, my trainer, did a good job bringing business/office related terms, phrases, and practice into the lessons and incorporating them with general learning.””
David Smith
German course in Portland, Mechatronics (TP/EMD), Daimler