Dallas is the thriving city we know today thanks, in part, to the French-founded utopian settlement La Réunion. Victor Considérant established the colony near Dallas in 1855, and you can still see its distinct contributions to the area – former La Réunion residents helped create the Wilson Block, the now-historic development known for its Victorian architecture. In addition to these architectural contributions, there are more than 10,000 French speakers living in Dallas, according to the 2013 American Community Survey. This means that learning French here will be an asset when it comes to finding a bilingual job, meeting new friends and making the most out of your future visits to France! 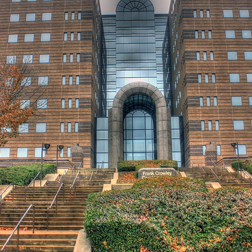 Why Study French in Dallas

Learn French for Work: You’re probably already aware that Dallas, with its population of 1.3 million and international reach, is truly a global city. According to the FAA, Dallas-Fort Worth International Airport was the fourth-busiest American airport in 2018, and the Dallas area is a hub for national and world travel. Many foreign companies have already set up corporate headquarters in Dallas, including France-based Essilor, Schneider Electric, and Airbus. The city’s commitment to accessibility and innovation, including its plans for high-speed rail, will continue to bring in international business. And knowing French, an official language of 29 countries, will make you an indispensable part of the diverse Dallas workforce. Taking French lessons in Dallas will really give you an advantage over other candidates! And if you are looking to connect with fellow French entrepreneurs, you can always contact the French American Chamber of Commerce Dallas Fort Worth on N Central Expy, an institution that aims to promote a better understanding between Dallas and France, and to provide information on the economic situation of both places.

Learn French for Culture: Modern-day Dallas is an exciting place to be an aspiring Francophone with an interest in French culture. The Oak Cliff neighborhood has its annual festival celebrating Bastille Day, which in 2019 attracted thousands of visitors! It has its own Mardi Gras parade, a stunning spring festival that includes live performances, traditional French food and music. You can also check out the works of well-known French artists like Monet, Gauguin and Renoir at the Dallas Museum of Art on Hardwood St. Some of their guided tours inside the museum are in French, so by taking advantage of our language classes in Dallas, you will be able to enjoy all the French culture the city has to offer!

Learn French for Social: Those more interested in meeting new people and putting their French skills into use can join one of the many MeetUp groups available in Dallas. The most popular of them is the Speak French in Dallas Conversation Group, with almost 2,000 members. They meet every other Saturday at Cafe Express in Mockingbird Station and they welcome anyone who wants to practice their French in a relaxed atmosphere. Or, if you want to have some traditional French food while having fun with friends, you will be pleased to know that the city’s dining scene includes authentic French cuisine, like Chef Jean-Marie Cadot’s classic fare at Cadot Restaurant on Preston Rd. This place offers a lot of delicious French dishes such as Duck Confit, Baby Arugula Fricassee of Mushroom and Grand Manier Baba. Impress your friends by ordering food with the French pronunciation you learn with Language Trainers!

Where to Learn French in and around Dallas

So, if you are thinking about learning French, there has never been a better time! Taking a French course in Dallas is easier than ever with our flexible and personalized options to fit your schedule and needs. Our native teachers can go to your home or office, or you can meet at a public place of your choice. Some options are Opening Bell Coffee on Lamar St, Coffee House Café on Frankford Rd or the J. Erik Jonsson Central Library on Young St.

You can also study French with us even if you are not based in downtown Dallas. We have instructors available to teach French in Fort Worth, Plano, Arlington, Irving, Garland, Grand Prairie, McKinney, Frisco, Carrollton, Denton, Richardson and Lewisville.

Get started with French today! Let’s go, Allons-y! You can take our French level test, or send us a quick inquiry to start your language course tailored to your needs and abilities!

Sign up for our French lessons in Dallas today! Schedule your lessons whenever you want them, so you can always find time to study, regardless of your timetable or location. You don’t even have to leave home to meet your teacher!

1-on-1 General French Course in Dallas

Our general one-on-one courses in Dallas will help students improve their French level quickly and efficiently, whatever their needs. One of the most exciting aspects of our courses is that they are developed entirely around the needs of the students. The fact that we offer our French classes on a One-on-One basis means that you can learn the words and phrases you need in a comfortable and relaxed environment.

1-on-1 Business French Course in Dallas

Our French courses in Dallas are taught on a one-on-one basis and will help you improve your business communication skills immensely. No matter what level you begin at we will soon have you dealing with business introductions comfortably before moving onto other matters. Beginner level students can expect to finish the course with basic telephone French and email skills, as well as a level of survival French, granting them the ability to work in a country where French is the native tongue.

27467
people have taken our
French level test.
321
language teachers in Dallas
are already registered with Language Trainers.
Start Learning
“”The teacher is wonderful and I am confident moving forward that she will provide me with a good foundation for French.””
Marti Eulberg
French course in Charlotte
“”I am really enjoying my lessons with Chloe. She is a great instructor and very interested in helping me to achieve all my French language goals.””
Andrea Nava Quintero
French course in San Antonio