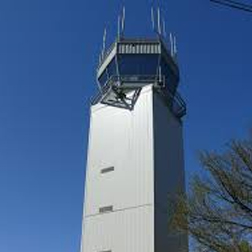 Since its founding as a borough in the early 1900s, Teterboro has remained small, with only about 70 residents calling it home. Teterboro hasn’t been stopped by the small population, though, as it has made a global impact since day one. Currently, the town is home to Teterboro Airport which accounts for over 90% of the square footage of the borough. As the airport continues to garner attention, the need for individuals with foreign language abilities continues to climb. To remain ahead of this trend, try learning a new language today with a qualified, native speaking teacher at Language Trainers. No matter what pace of learning or class level is best suited for you, there will always be a professional, experienced, and native speaking trainer to help guide you along the way.  Use our free online language tests to test your level or get started learning today by contacting us about creating a language course designed just for you.

Sign up for our Dutch lessons in Teterboro today! Schedule your lessons whenever you want them, so you can always find time to study, regardless of your timetable or location. You don’t even have to leave home to meet your teacher!

1-on-1 General Dutch Course in Teterboro

Our general one-on-one courses in Teterboro will help students improve their Dutch level quickly and efficiently, whatever their needs. One of the most exciting aspects of our courses is that they are developed entirely around the needs of the students. The fact that we offer our Dutch classes on a One-on-One basis means that you can learn the words and phrases you need in a comfortable and relaxed environment.

1-on-1 Business Dutch Course in Teterboro

Our Dutch courses in Teterboro are taught on a one-on-one basis and will help you improve your business communication skills immensely. No matter what level you begin at we will soon have you dealing with business introductions comfortably before moving onto other matters. Beginner level students can expect to finish the course with basic telephone Dutch and email skills, as well as a level of survival Dutch, granting them the ability to work in a country where Dutch is the native tongue.

9037
people have taken our
Dutch level test.
Start Learning
“”I had a great time in my first Dutch session with Fransisca. She made sure to tailor the course to my needs as opposed to using a cookie-cutter course. ””
Enya Sears
Dutch course in Las Vegas
“”My instructor has been great. Not only have I learned a lot of Dutch in a short period of time but she even gave me some tips on places to visit while I am in Amsterdam.””
Alan H
Dutch course in San Diego