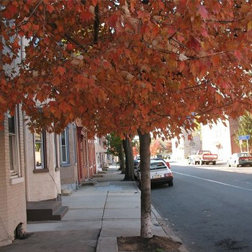 Carlisle was once a small settlement founded by John Armstrong in 1751 but it quickly grew to hold a prominent place in the global economy. Large manufacturing and distribution companies such as Amazon and CenturyLink have helped to expand the city’s local market. As more companies continue to operate within Carlisle, the need for talent workers continues to rise. One of the most sought-after skills in the market is foreign language ability. Language Trainers helps to connect workers with qualified, native speaking teachers to improve upon this vital skill and gain a leg up when looking for a career move. Courses are provided to students on a personal basis and will be molded to a plan that matches the speed that works best for each individual. free online language tests are available to help you test your foreign language acumen and we offer the opportunity to contacting us with a custom-made plan.

Sign up for our Dutch lessons in Carlisle today! Schedule your lessons whenever you want them, so you can always find time to study, regardless of your timetable or location. You don’t even have to leave home to meet your teacher!

1-on-1 General Dutch Course in Carlisle

Our general one-on-one courses in Carlisle will help students improve their Dutch level quickly and efficiently, whatever their needs. One of the most exciting aspects of our courses is that they are developed entirely around the needs of the students. The fact that we offer our Dutch classes on a One-on-One basis means that you can learn the words and phrases you need in a comfortable and relaxed environment.

1-on-1 Business Dutch Course in Carlisle

Our Dutch courses in Carlisle are taught on a one-on-one basis and will help you improve your business communication skills immensely. No matter what level you begin at we will soon have you dealing with business introductions comfortably before moving onto other matters. Beginner level students can expect to finish the course with basic telephone Dutch and email skills, as well as a level of survival Dutch, granting them the ability to work in a country where Dutch is the native tongue.

9037
people have taken our
Dutch level test.
12
language teachers in Carlisle
are already registered with Language Trainers.
Start Learning
“”I always enjoyed all of my lessons and would recommend the experience to anyone who wishes to start learning Dutch or who is already an advanced speaker who needs to brush up on their grammar and daily conversation. ””
Emily Couch
Dutch course in Chicago
“”Given that the Covid-19 situation has not currently allowed in-person sessions, my online Dutch course has been an excellent substitute.””
Melissa Thompson-Flynn
Dutch course in Washington, D.C