Who Speaks Dutch? A Guide to Dutch Dialects and Accents

Where is Dutch spoken? The answer is not as simple as you might think. Dutch is the official language of the Netherlands, where it’s spoken countrywide. Outside that, it’s the most widely spoken language in Belgium and the first language of most people in Suriname. Plus, it is widely spoken in the Dutch Caribbean municipalities of Curaçao, Aruba, and Sint Marteen.

As you can imagine, the fact that there are so many Dutch-speaking countries around the world means that there are a lot of Dutch dialects out there. If you’re learning Dutch, you have to get acquainted with all the varieties you’re likely to hear! Let’s take a look at the most popular ones.

Who Speaks Dutch? Dutch Accents in the Netherlands

Dutch Around the World: Accents in Other Dutch-speaking Countries

Get started for free! Explore our Free Trial Dutch classes.

Who Speaks Dutch? Dutch Accents in the Netherlands

Of the 24 million people who speak Dutch in the world, about 17 million live in the Netherlands. However, it would be a mistake to assume that there is a single accent countrywide, or that there aren’t any regional dialects coexisting with Dutch. Below, we’ll take a close look at some of these varieties.

The West Frisian dialects are referred to in the plural form because they comprise a number of regional sub-dialects with distinct characteristics, Derpers (spoken in the village Egmond aan Zee) being the most distinct dialect in the group.

However, at the moment there is a tendency for West Frisian Dutch dialects to become lighter and sound more like Dutch. 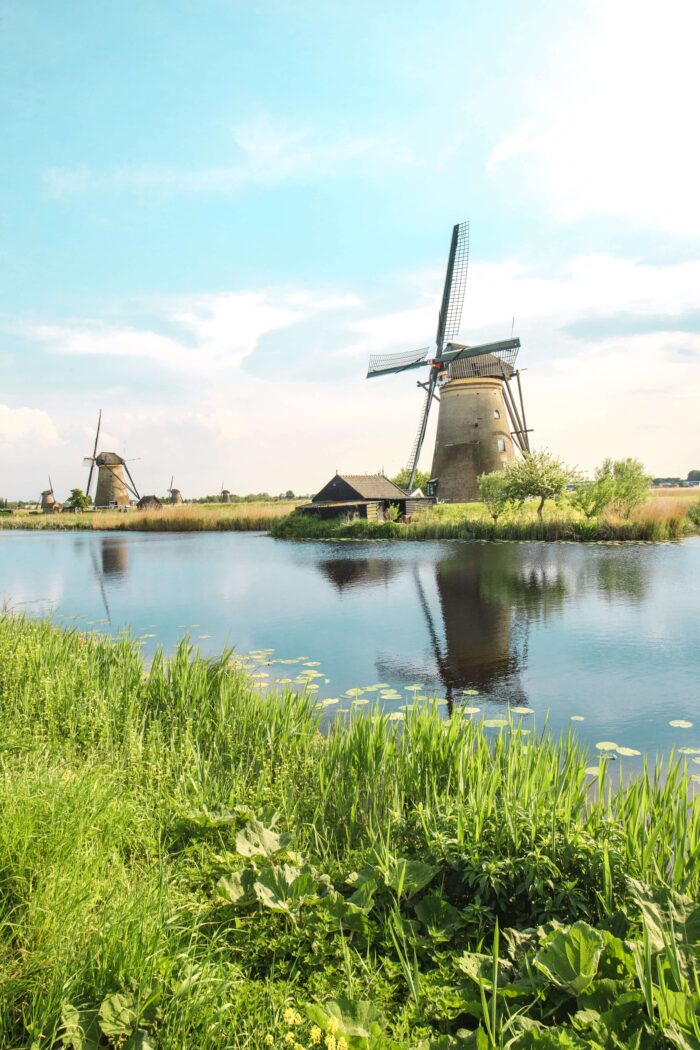 Where is Dutch spoken? It’s difficult to answer this question when linguists don’t seem to agree on whether some varieties should be considered distinct languages or Dutch dialects. Such is the case of Dutch Low Saxon, a group of West Low German dialects heard in the northeastern region of the Netherlands.

As regards pronunciation, Dutch Low Saxon has vocalic and consonant sounds that are not used in many other languages, so they may pose a challenge for beginner learners. Let’s take a look at some of their short vowels:

West Flemish is yet another set of dialects spoken in some areas of the Netherlands, Belgium, and France. It has been listed as an endangered language by UNESCO.

What sets West Flemish apart is that it hasn’t been as influenced by standard Dutch as some of the main regional dialects. This gives West Flemish a peculiar musicality.

As we said before, there are a number of Dutch-speaking countries. But the most prominent Dutch dialects are naturally found in the Netherlands. Hollandic or Hollandish was originally influenced by a West Frisian sub-dialect as well as some Brabantian languages.

Nowadays, Hollandic is very popular in main urban areas such as Amsterdam and Rotterdam where it is perfectly intelligible with the standard Dutch that you would hear in news channels.

Being one of the most common Dutch accents to be learned at language academies, Hollandic will pose no major challenges to foreign learners who speak Dutch.

Brabantian is one of the most far-reaching Dutch accents in the world. Because it is spoken across such a large area, it can be divided into three sub-categories, all of which are intelligible with one another. These are West Brabantian, East Brabantian, and South Brabantian.

Though Brabantian bears a close resemblance to Standard Dutch (and it has even made some contributions to it), it does have a few distinguishing characteristics, especially in vocabulary. A popular Brabantian phrase, houdoe (“take care”), derives from houd u goed, which literally means “keep yourself well.” Dutch and Hollandic would use doei (bye) in the same contexts.

In South Brabantian (spoken in Flemish Brabant and the south of Antwerp), they use a few French loanwords such as Ale, salu(kes) e!, a common greeting that comes from Allez! and Salut!

Dutch Around the World: Accents in Other Dutch-speaking Countries

How many Dutch-speaking countries are there? If Limburgish can be considered a Dutch dialect, their number increases. However, many linguists describe Limburgish as a standalone language. Regardless of its status, Limburgish can be heard in the Dutch and Belgian provinces of Limburg and in the surrounding areas of Germany.

Though Limburgish is far from being homogeneous, it tends to have more consonants and vowels than most Dutch accents, the Weert sub-dialect having the richest vowel inventory in the world, with 28 vowel sounds.

As regards vocabulary, the varieties of Limburgish spoken in Belgium have been influenced by French, as is evident from words such as camion (truck), briquet (cigarette lighter), and crevette (shrimp).

Flemish is a Low Franconian group of Dutch dialects. It is also referred to as Belgian Dutch as it is native to Flanders, a historical area in the north of Belgium, one of the most prominent Dutch-speaking countries.

Probably, the most interesting aspect of Belgian Dutch is its belgicisms, i.e, words or phrases that can only be found in this variant of the Dutch language. Many of these expressions are loanwords from French, like punaise (thumbtack), whereas others are compounds made from other Dutch words, like droogzwierder (centrifuge), a combination of droog (dry) and zwierder (spinner).

Some of these Belgicisims are even used in official contexts. For example, the term misdaad (felony) is an official legal term in Belgium, but not in Standard Dutch, in which the term strafbaar feit is used instead.

It seems the question “Who speaks Dutch?” can take us farther than we might have expected. As it happens, some of the most attractive Dutch accents can be heard in the Caribbean islands. 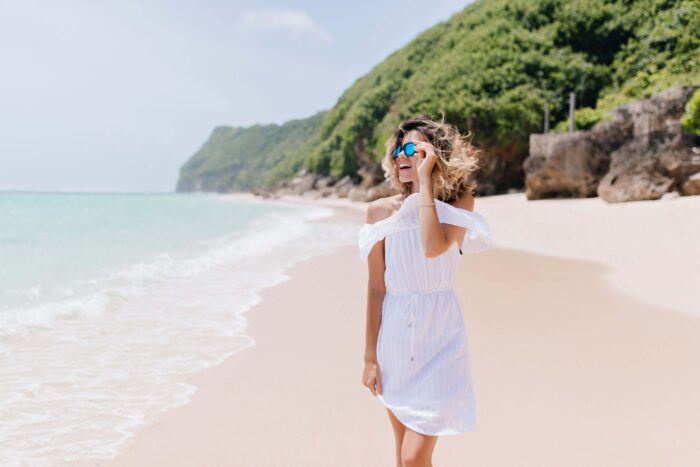 The Dutch Caribbean, once known as the Dutch West Indies, refers to the colonized territories and countries in the Caribbean Sea that are now part of the Dutch Empire and the Kingdom of the Netherlands. These islands are located in the north and south-west of the Lesser Antilles archipelago. Bonaire and Korsou are the ones where Dutch is most commonly spoken at home.

Though Caribbean Dutch is not very different from the standard variety, it does have a relaxed, singsongy quality to it that sets it apart from other Dutch accents.

Are you wondering if there are any other Dutch-speaking countries? What about Indonesia?

“Indonesian Dutch” refers to the dialect spoken in the Dutch East-Indies. This was a Dutch colony consisting of present-day Indonesia, which came under Dutch rule in 1800.

However, since Dutch never received official status and was not widely spoken by the indigenous Indonesian population, it is inexact to talk about “Indonesian Dutch.”

During this colonial period, Dutch was actually only used by a small elite. By 1942, around two percent of the total population in the Dutch East Indies spoke Dutch on a regular basis.

The influence of Dutch on present-day Indonesian can mainly be seen in loanwords, particularly technical terms. It is believed that at least 10,000 Indonesian words come from Dutch.

Some of these possess Dutch consonant clusters that are still challenging for Indonesian speakers. Such difficulties are often avoided by inserting a weak vowel sound in the middle of the cluster. For example: “screw” = chroef  → sekrup.

Words that end in the letter “i” in Indonesian, like administrasi or Januari are also of Dutch origin. In fact, all the months in Indonesian derive from Dutch, which leads us to think that even though there might not be an actual “Indonesian Dutch,” but there surely is a great influence of Dutch on Indonesian.

Would you like to travel to these Dutch-speaking countries and listen to these Dutch accents first hand? Then explore our Dutch courses with qualified native teachers so you can start learning today. Whether you opt for one-to-one or group lessons, we’ll make sure that you get the right course for your current skills and learning style.

Get started for free! Explore our Free Trial Dutch classes.

Comments on Who Speaks Dutch? A Guide to Dutch Dialects and Accents 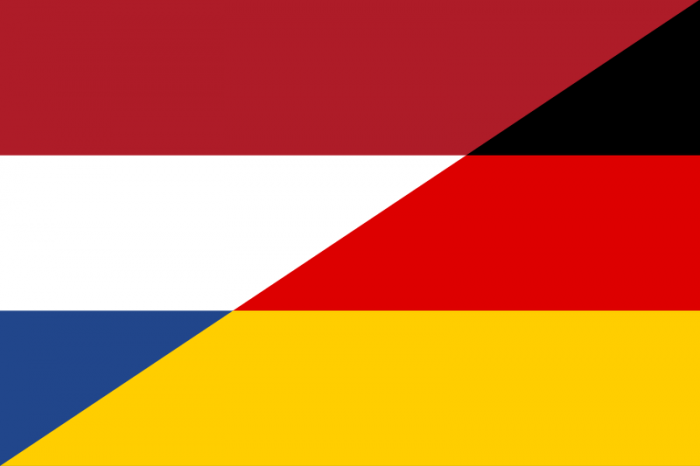 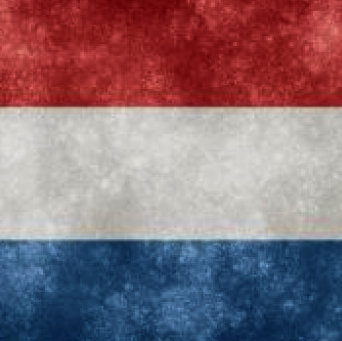 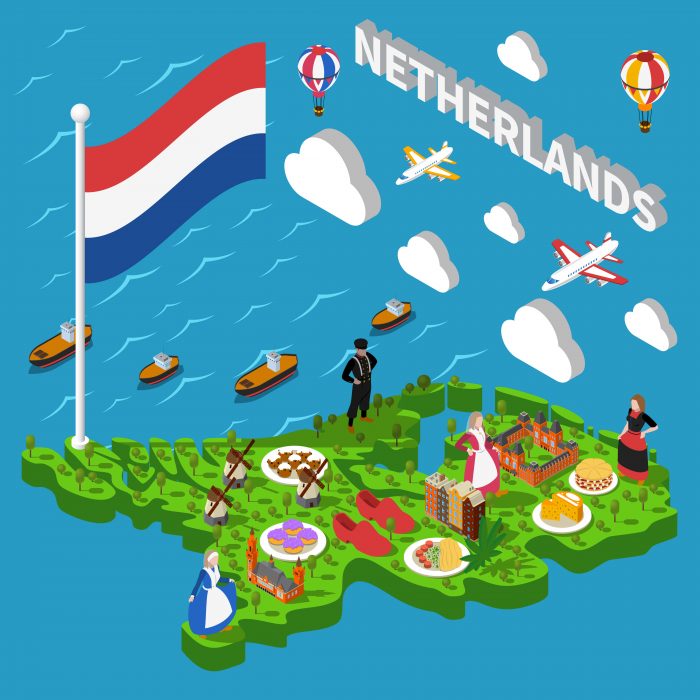 Dutch Dialects: Everything you Need to Know About the Main Varieties of the Dutch Language Read more
See more articles about Dutch