5 Things You Should Know When Dining Out in France

Knowing how to order food, or how to act in general, when eating out in a foreign country is one of the first things any expat likes to know. Going to a restaurant in Barcelona, the U.S., or Beijing can all offer drastically different experiences, and you should never travel under the assumption that having a meal out abroad will be the same as back home!

France, and Paris in particular, has developed something of a reputation when it comes to restaurant culture. The French take great pride in their cuisine and the cultural differences might make eating out in France seem like a really intimidating endeavor. But it doesn’t have to be! Check out these great tips and tricks to help you dine out like a local when visiting La Belle France! 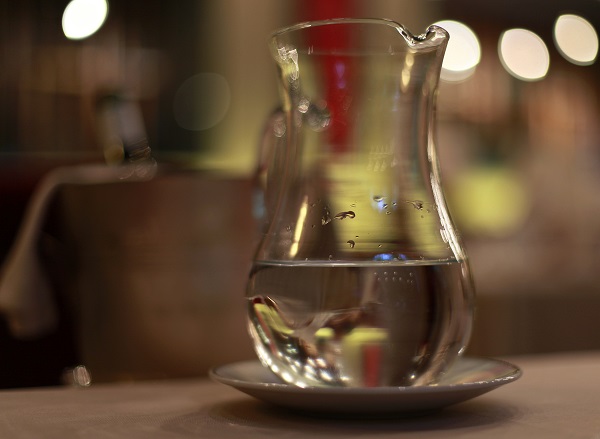 1. You can get tap water…but there’s a trick.

A common misconception some travelers have when visiting France is that you can’t get tap water in restaurants. This is actually completely untrue. Waiters are obliged to serve you tap water if you ask, but there’s a trick to getting it. If you just ask for water (eau), you’ll probably get served a bottle of still or sparkling water, and get charged for it too. But if you ask for une carafe d’eau your server should bring you a carafe of water, just like that!

This is probably one of the few stereotypes about French people that is actually true: they love drinking wine (or beer) with almost every meal. I’ve often found myself looking around a restaurant wondering how many of these people are going to drive after finishing off their carafe of wine (it’s better not to think about it). But, if you’re not driving, why not get into the French mode of dining?

Instead of getting intimidated by the interminable options on the wine list, just order a glass or pitcher of the house wine. Une verre de vin means you want a glass, while un pitcher de vin is a pitcher. Be sure to specify whether you want red (rouge) or white (blanc)!

You’ve probably heard tales of how snooty and rude French waiters are, but I’m here to tell you that this is yet another (for the most part) mistaken notion. Sure, you may encounter a rude server here and there, but that can happen anywhere in the world and isn’t something unique to France. French wait-staff aren’t actually rude, they’re just more reserved than what you might be used to.

In the U.S. waiters are more casual and likely to chat with patrons, and they’ll also check on you frequently because hey, they’re trying to get a good tip. But since tipping isn’t really a thing in France the approach is a bit different. French servers usually try to be as unobtrusive as possible. Their job is to get you your food and drinks and stay out of your way so you can have a relaxing dining experience, not pop up every five minutes to try and make friends.

Need to brush up on your French? Take a free placement test to see how your level measures up!

4. Which makes asking for the check…more work.

During some of my earliest experiences in France I found asking for the check to be one of the most confusing parts of a meal. This probably comes down to me being used to the American way of having a waiter slap the check on the table before I’m even finished with my food. I learned that in France things work very, very differently. Eating tends to be more of a drawn out experience in France, which means it’s common for diners to linger even after they’ve finished their food.

So when you have to work a little to wave down a waiter and ask for l’addition, s’il vous plait, it’s not because you’re being ignored, you’re just being given some space! 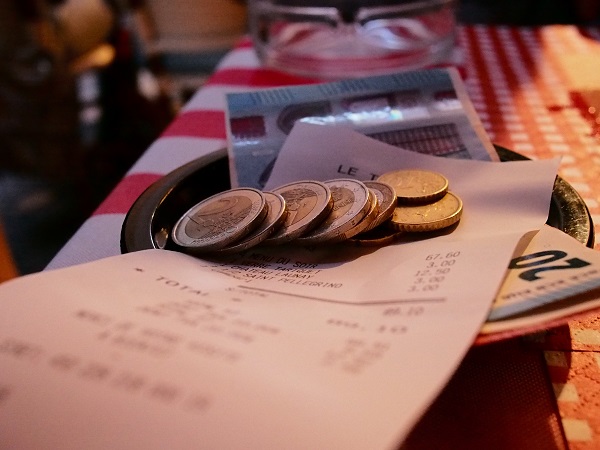 Something that should definitely give you peace of mind when you’re dining in France is that you don’t need to do mental gymnastics to calculate how much 20% of our check is! Tax and tip are automatically added onto bills in France and, since French servers actually get paid a decent wage, you don’t have to worry about making up for their low pay with your tip. If you really, really enjoyed the service you can leave a couple Euros on the table as a show of appreciation, but even this isn’t necessary, nor expected.

Is there any French lingo you’d like to know for eating out in France? Let us know in the comments section below!