Will Chinese or English Rule the Internet Kingdom of the Future?

The English and Chinese language have been throwing it down (Olympics style) for some time now, each vying to be the world’s most important language. Although it is unlikely Chinese will be superseding English on a global scale any time soon, you probably can’t help but wonder whether or not China’s growing influence in technology, business, government, and other spectrums will lead to a more Chinese-centric world. The internet is one platform which is becoming more and more global every day. As more people around the world gain access to and begin interacting on the world-wide web, language starts to matter more and more. Both English and Chinese are keen to make their mark and rule the internet kingdom of the future, but which way will the internet trends go?

Back in 2013, nine out of the top ten global internet properties were American. This included the likes of Google, Apple, and Facebook. China did have one company, Tencent, which managed to rank tenth on the list, but it was obvious that American companies ruled the roost. Fast forward a few years and you can see that the trend has already changed significantly. Chinese companies like Alibaba, Baidu, and Sohu have made the list, edging out Apple and Ask.com and nudging Amazon back to tenth place. This rapid change points to a shift in power in the upper echelons of the internet where English and Chinese are, without a doubt, butting heads.

The decline of the English-only empire

Five to ten years ago English would have been the must-use internet language. After all, it still holds significant sway in the real world where it is used frequently in business whether you’re traveling to Brazil or as far as India. But the internet world runs by different rules than the real one and global companies can no longer expect their users and customers to know English. It is for this reason that in recent years there has been a strong upward trend towards offering multiple language options on different internet sites. Over fifty percent of companies now translate into at least six languages, which is double the amounts of previous years. Over sixty percent of global internet companies are also focusing on languages like Chinese, Korean, and Japanese and acknowledging the power these countries in Asia have over global market success. 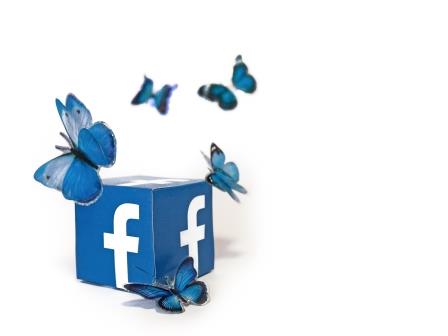 The rise of the language sensitive empire

At this point, it’s anyone’s game when it comes to dominating the internet, linguistically. However, the companies that do survive and continue to rank among the top ten global internet properties have one thing in common: most are language sensitive.  There’s a reason why Google, Microsoft, and Facebook still dominate the internet business world, and probably will continue to do so for many years to come. These three companies follow language trends closely and change their strategies accordingly. Currently, Facebook’s language options represent ninety-five percent of the world’s internet users and the company has consistently launched into new languages over the past several years. Even the Chinese company Alibaba has launched an English website, a smart play at garnering customers from outside China’s borders.

Learning Chinese? Check out our free Chinese placement test to see how your level measures up!

More and more people are gaining access to the internet around the world every day. As our planet becomes more connected via the web, many leading companies will continue to change their approach to languages in order to suit a wider customer base. At the end of the day, language could very well be the deciding factor in a company’s success or failure. Already we have examples of internet companies that have fallen by the wayside after failing to evolve with current language trends. As it stands, English still dominates, but it won’t rule the internet forever. With China and India’s massive population and internet user bases, it’s safe to say that in the future the Chinese and English languages will most likely rule together on equal footing. If Mark Zuckerberg’s learning Chinese has taught us anything, it’s that we should never underestimate how powerful China has become in the internet kingdom.

What do you think will be the internet language of the future? Do you see English as giving way to Chinese, or vice versa? Share your thoughts with us!

Comments on Will Chinese or English Rule the Internet Kingdom of the Future?