English vs. Spanish Pronunciation: Differences from A to Z

With silent letters, multiple pronunciations for every letter, and 12 distinct sounds for its 5 vowels, the English alphabet can be challenging for Spanish learners. English speakers who are just starting their learning journey in Spanish, however, should be delighted to know that the Spanish alphabet is much more straightforward. In this article, we’ll provide you with a thorough English vs. Spanish spelling-to-sound guide, from A to Z.

In English, the letter A can have a tense, smiley quality, as in “cat”, and a lax, low quality as in “car”. Oh, and it can also represent a diphthong, as in “name”! In Spanish, however, this letter is always pronounced like the “a” in “ah.” Yes, always. This is where Spanish presents a clear advantage over English! In Spanish, one letter = one sound. The Spanish A is similar to the English sound in “car”, but it is shorter and more relaxed.

To practice this sound, say “ah”, and notice the length and quality of the sound. Then say the words mamá (mom) and bala (bullet) trying to imitate that sound.

The Spanish letter B is very similar to its English counterpart, with a small difference. While English B is a plosive consonant in which the air is released forcefully, the Spanish variant is softer and has no audible air release.

Instead of obstructing the airflow, the two lips merely approximate each other, allowing the air to be released much more smoothly.

Just imagine you’ve burnt your lips and you want to prevent them from touching! Then say the words brazo (arm), bobo (dumb), and barco (boat).

As in English, Spanish C has a ‘hard’ sound and a ‘soft’ sound. When it’s followed by letters E or I, as in cena (dinner) and cielo (sky), it is pronounced like an S in Latin American Spanish and like a strong TH in Castillian Spanish: cena: /sena/ or /thena/; cielo: /sielo/ or /thielo/. 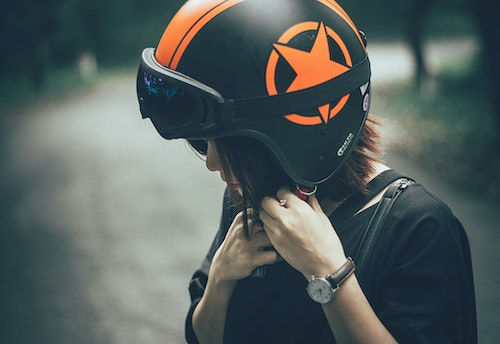 In all other contexts, it is a K. Casco (helmet): /kasko/

So, how would you pronounce words like cama (bed), cine (cinema), cierto (true) and cuna (cradle)?

In English phonetics, D is described as an “alveolar stop” because it involves contact between the front part of the tongue and the alveolar ridge, i.e., the front, hard area of the palate. In Spanish, however, D is only alveolar when it appears at the end of words.

In other contexts, especially between vowels, it is a dental sound, meaning that it is pronounced with the tip of the tongue between the upper and lower teeth.

Would you like to practice this sound? Say dedo (finger) putting your tongue between your teeth for that second D!

E is one of the most straightforward sounds both in English and Spanish. The only difference is that the Spanish variant is slightly longer and a bit more relaxed.

Just as in English, Spanish F is produced by approximating your lower lip to your upper teeth. No exceptions, no surprises!

G is one of those rare letters in Spanish that has two possible sounds depending on its phonological context. When it is followed by E or I, it sounds like a strong /h/ sound. Gente: /hente/

However, when it is followed by any other letter, its sound is very similar to the English G consonant in “grey” or “gown”. Gris: /gris/

How would you say the following words, then? Grito (scream), gala (gala), girasol (sunflower), gema (gem).

In Spanish, H is always silent unless it is part of the cluster CH, in which case it forms the sound we know from words like “church” or “chimney”. In all other contexts, it is completely silent. 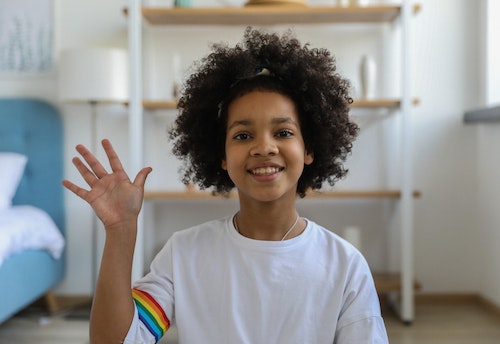 With Spanish H, the real challenge is remembering to omit it!

In English, the letter I has two common pronunciations, best illustrated by the words “spit” and “spite”. In Spanish, however, this letter is always pronounced with the long /i/ sound we know from words like “see” or “bee”.

The Spanish version, though, is a bit shorter and more relaxed.

Remember we said G has two possible pronunciations? Well, Spanish J is pronounced exactly like G when followed by E and I.

But, unlike G, J is always pronounced like that, regardless of what letter comes after it.

So, what sound was it?

The best way to describe it is like a strong version of H, one in which the organs in your mouth come together more closely than in English, causing the sound of the airflow to have more friction.

English vs. Spanish: Imagine the J in the following words is a double H and say them out loud: jarra (jar), ajo (garlic), jinete (rider), juego (game).

K, as in kilómetro

A rather uncommon sound in Spanish, K is always pronounced like its English counterpart. The only difference between the two variants is that the Spanish one is less ‘plosive’, meaning that the puff of air heard during its production is much more subtle.

Put your hand in front of your mouth and say these words until you feel no air coming out: kiwi (kiwi), kilo (kilo), kéfir (kefir).

In Spanish, however, L is only produced by touching the tongue to the roof of the mouth. This can be a bit tricky for native English speakers, but it’s really not that difficult!

English vs. Spanish: Remember to touch your tongue to the top of your mouth and say these words: largo (long), lento (slow), naval (navy), colesterol (cholesterol).

The sound of M in Spanish is exactly the same as its English counterpart. Not even a small ‘English vs. Spanish’ little note! 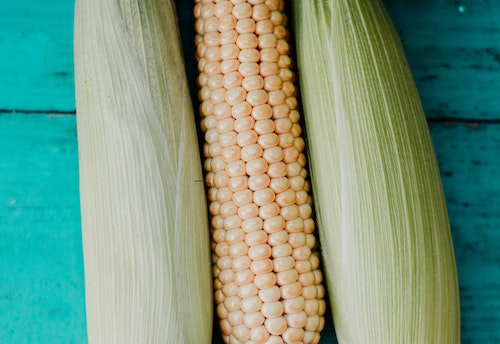 Though this sound will not pose any problems for English speakers, you can say these words out loud if you still want to practice it: mapa (map), maestro (teacher), mono (monkey).

N, as in naranja (orange)

Like its English counterpart, the sound of N in Spanish is achieved by touching the tongue to the roof of the mouth.

Remember to touch your tongue to the top of your mouth and say these words: nación (nation), noche (night), nombre (name).

Did you know that Spanish has its own special letter?

Pronounced like the /nj/ sound in New Jersey, Ñ is always followed by a vowel and it has a nasal quality (the air is released through the nose) just like M and N.

The sound O makes in Spanish is very similar to its English counterpart, but bear in mind that the English tendency to turn it into a diphthong, as in “phone”, is not replicated in Spanish. In this language, O is always a single, short sound similar to the one in “clock”.

The pronunciation of P exactly the same in Spanish and English. The main English vs. Spanish difference is, again, that the Spanish version is less ‘plosive’, meaning that the contact between the two lips is more subtle, allowing the airflow to escape through the mouth more freely.

As we did with K, put your hand in front of your mouth and make sure you don’t do a popping sound while saying these words: pepino (cucumber), pomelo (grapefruit), pipa (pipe).

In Spanish, this letter is always followed by a U, forming what is known as a digraph, i.e., a combination of two letters that produce a single sound: in this case, /k/. 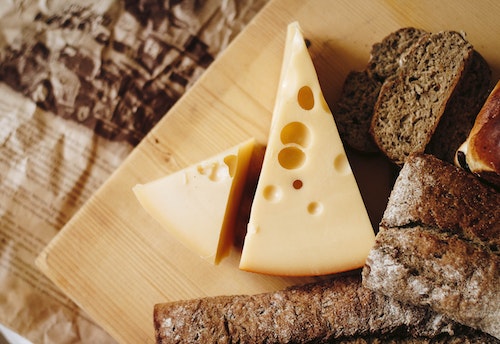 As a result, queso is not pronounced /kueso/, but /keso/, and quinta is not /kuinta/, but /kinta/.

There are two ways of pronouncing R in Spanish, and both are quite different from their English counterpart. The first one is what we call a ‘trilled R’. This means that the tongue vibrates against the roof of the mouth, producing a rolling sound. This is how R is pronounced at the beginning of a word — rey (king), rosa (rose) — and, very commonly, between vowels —perro (dog), arroz (rice)–.

The second way of pronouncing R is what we call an ‘alveolar tap’ (not unlike the consonant in “party” as said by an American). This means that the tongue briefly touches the back part of the top teeth. This is how R is pronounced in the middle of a word, between a consonant and a vowel, and also between vowels. Common words pronounced with an alveolar tap include:  promoción (promotion), pero (but).

The sound S makes in Spanish is very similar to its English equivalent. The main difference is that, when it appears between two vowels, Spanish S is always unvoiced, meaning that there is no vibration of the vocal cords. This means that the sound will be softer than in English. Otherwise, the two variants are identical.

An easy description of this sound in Spanish would say that it has the sound quality of the vowel in “Luke” and the length of the one in “look”: It’s a short, rounded /u/ sound.

You can find this vowel in common words such as lugar (place), junta (meeting) and jurado (jury).

In English, the sound V is a voiceless version of F: a consonant produced by the contact between the lower lip and the upper teeth. In Spanish, however, V has exactly the same pronunciation as B: it’s a bilabial sound in which both lips softly approximate each other: vino /bino/. 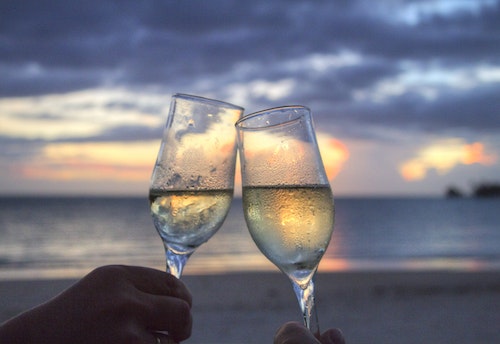 This letter is not part of the Spanish alphabet but it appears in foreign words that have been incorporated into the language, such as whiskey and wasabi. It is pronounced just like English W.

It can be found in common loanwords such as web (web), waterpolo (waterpolo) and whiplash (whiplash).

X, as in xilófono (xylophone)

The X in Spanish is always pronounced like the English letter X: /ks/. This means that there will be a small explosion of air when producing this sound.

You will find it in common words such as xilófono (xylophone), taxi (taxi) and boxeo (boxing).

The letter Y has two different pronunciations in Spanish. In Spain and most Latin American countries, it has a “yod” pronunciation. This means that it has the same sound value as English Y: it’s a /j/ sound.

In countries like Argentina and Uruguay, however, it has a /sh/ sound: playa (beach): /plasha/.

Z, as in zanahoria (carrot)

In English, this letter represents a sound that is like a voiced, vibrating version of /s/.

This is not the case in Spanish.

Speakers from Spain pronounce this sound like a strong /TH/ sound: zorro (fox): /thorro/; Latin American speakers, on the other hand, produce this sound just like a normal S: /sorro/.

Now that you know the individual sounds of each letter in the Spanish alphabet, it’s time to start practicing your pronunciation at the sentence level through genuine conversation.

At Language Trainers, we work with native teachers of Spanish who can help you practice your conversation skills in a fun and effective way.

By focusing on the areas that you want to improve and the topics that you care about,  they will tailor each lesson to your needs and help you make fast progress!

Get in touch with us today to find out more about our tailor-made Spanish courses!