Trilingual Cities That Will Keep You Tongue-Tied

We constantly hear how the world is becoming more globalized. It’s only natural then that speaking multiple languages is beneficial and can open the doors of opportunity. However, we forget that this concept is not quite as innovative as we thought and that there have been many cities with inhabitants where multilingual speech has been a part of their lives for decades. These people move fluidly through different cultures because they speak one language at home, another at school, and another with their neighbors, making them the ideal global citizen. But how did they get this way? Let’s take a look at a few of these cities where these global citizens live and see exactly how they arrived to their multi-lingual world. 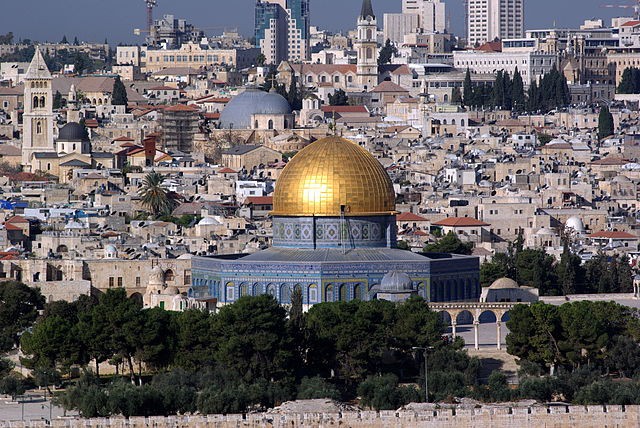 First up is the always diverse Jerusalem where the main languages that are spoken are Hebrew, Arabic, and Russian. Historically Hebrew was primarily a language of prayer, but in 1922 it was recognized by the League of Nations as the official language and it is now spoken by 49% of the population. The second official language is Arabic with 18% of the population speaking it. There has always been a hesitation with Arabic due to the relationship between the Arabic- and Hebrew-speaking communities, but since a 2000 Supreme Court ruling there has been a focus on expanding the usage of Arabic. Lastly is the unofficial third language: Russian. Spoken by 15% of the population, it is a result of  the massive Soviet immigration from Russia after the 1970’s. Likewise there has also been an influx of immigration from English-speaking countries and the United States so you do see English in advertising, road signs, and in touristic areas, but only 2% of the population speaks it. 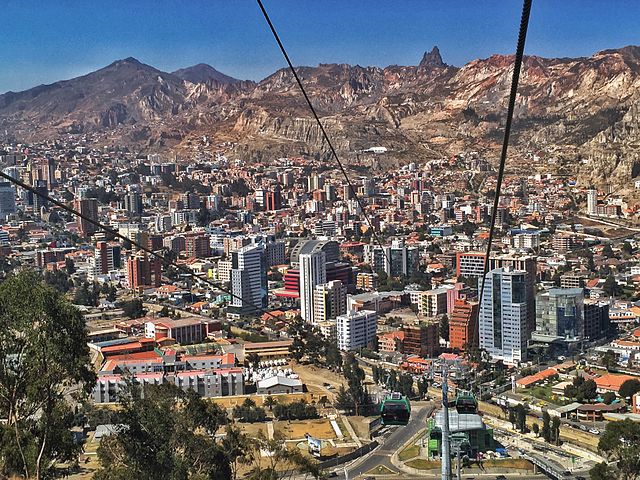 Located in the heart of Bolivia, La Paz is a city with deep indigenous heritage and history, thus it is no surprise their population speaks three main languages: Spanish, Quechua, and Aymara. Up first is Spanish, which is spoken by 84% of the population but through various dialects. These dialects are: Andean Spanish (Español Andino) which is similar to the Spanish dialects from Chile to Venezuela,  Caribbean Spanish (Español Camba) which has a basis of medieval Andalusian Spanish but is influenced by Arabic, Portuguese, and several indigenous languages like Guaraní. Then there is Chapaco Spanish (Español Chapaco) that uses the subject pronoun “vos” and its respective conjugations and sounds like it is being sung similar to Spanish spoken in Salta and Jujuy in Argentina. Lastly, the Valley Spanish (Español Valluno), which is a blend of Quechua and Spanish spoken in the valleys. Quechua was the primary language  of the Inca Kingdom which Bolivia was once a part of so it is no surprise that  28% of the population speak it, while Aymara is one of the oldest languages in Latin America with 18% of the population using it.

There are officially four languages spoken in Singapore: English, Mandarin, Tamil, and Malay. Malay is the official language because it is a crucial business partner for Singapore although  only 10% of the population uses it. Likewise, only 3% of the population speaks Tamil in their homes but the Tamil are the largest Indian ethnic group in Singapore. There has always been a strong tie between Tamil education in Singapore and Malaysia, making the language choices political as well as societal. On the other hand Mandarin was pushed by the government in the 1970’s hence it is one of the most commonly spoken language with 34% of the population using it as lingua franca, but as a result of international business ties that were fostered by British colonization English has become language of instruction and default main language. As English is taught as the primary form of communication with 36% of the population speaking it in schools, a student is required to learn a “mother tongue” language which is Mandarin, Malay, or Tamil.

San Francisco has always stood as an international hub amongsmany U.S. cities due to its numerous immigrant population for centuries with people coming from Asia as well as Latin America. Consequently, the Chinese represented the largest ethnic group in the city in 2010 and within the East Asian community of Filipinos and Vietnamese to name only two, the Chinese represent 21% out of 33%.The West Coast which was once part of Mexico has always had immense immigration from Latin America. Therefore, the fact that 15% of the San Franciscan population speaks Spanish is no surprise with the remainder speaking English.

Each one of these cities defines the diversity found through globalization, immigration, and social change that has been happening in the world for for decades. Cleary their socio-cultural politics have changed from time to time due to immigration and political policies focusing on one language over another but the end result was always the same: a multilingual population a few steps ahead of our constantly changing globalized world.

Comments on Trilingual Cities That Will Keep You Tongue-Tied