8 Internet Acronyms Everyone Should Know

Who can understand the words kids these days use, amiright? Even if you grew up with the internet, language fads tend to change so fast anymore that it can be tough at times to stay abreast of the new words, acronyms, and expressions that seem to pop up every day on the web. Whether you’re looking to understand what your niece or nephew keeps texting you, or simply want to make sure you’re using the correct internet speak when online, you’ve come to the right place! Check out these 8 must-know internet acronyms so that you can totally slay (do it really well) next time you’re chatting up a storm!

In case you weren’t paying attention, ‘on fleek’ was THE phrase to use last year when you wanted to say something was on point or well executed. This poor phrase was so overused that it seemed to become almost meaningless and so the language gods decided to grant us a 2016 version of those same words: snatched. Yep, snatched basically means the exact same thing as on fleek. So please don’t say on fleek anymore, that’s so 2015. 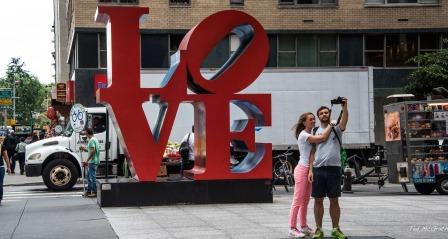 Nowadays, if you want to say you love someone there simply isn’t the time to use the phrase: I love you. Nor, apparently, is the shortened version I luv u any good either. Nope, if you want to tell someone you love them you text 143. Confused about how this acronym came about? Well, each number represents how many letters there are in every word of I love you. So no, your niece isn’t texting the pin code to her debit card, she’s just saying she loves you! Awwww!

No, we’re not talking about a large boat for sailing here, we’re talking about the shortened version of relationship that teens are literally in love with using these days.  When used as a verb, ship can mean that you want a romantic relationship. But since teenagers aren’t particularly adept at expressing their emotions, it’s usually used to refer to either fictional or celebrity relationships. For example: I ship Chloë Grace Moretz and Brooklyn Beckham (or whoever happens to be the current ‘It’ couple, it’s hard to keep track) so hard!

Technology is so prevalent, that even our dating lives are seeing its impact with the likes of apps like Tinder. If you’re not familiar with Tinder, it’s a dating app that allows you to look at a short bio and some photos of a person then determine whether or not you would like to meet them face-to-face by either swiping right or left. Swiping right signifies your approval of something and now encompasses so much more than Tinder. For example: These tacos are amazing! I’m glad we swiped right on trying this taco truck.

NSFW has been around for quite some time and gained popularity on sites like Reddit as a warning accompanying links deemed not safe for work. It’s been a surprisingly resilient internet acronym and is still frequently used. This one is pretty straight-forward, if you see an NSFW  attached to a link, it’s strongly advised that you don’t check out the link while at work or in any other public scenario where looking at something inappropriate would be considered, how should I put this, inappropriate.

QQ is one of my favorite current internet acronyms because it’s not a word, it’s an emoticon! QQ means crying, and if you look closely enough you’ll see why. The circles of the Qs are meant to be eyes, while the stems represent tears. This is one acronym that also isn’t necessarily just reserved for texting or internet use. You can say QQ out loud to mimic the traditional boo hoo, but beware, it’s usually done in a sarcastic or mocking way! 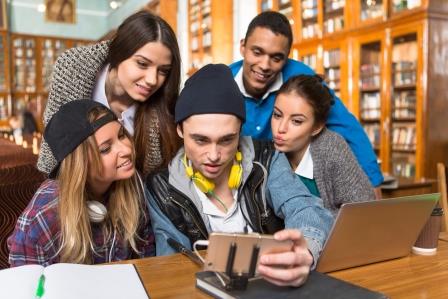 No, that teen you know isn’t talking about a cat and dog rescue organization when they text the acronym  PAW, they’re using a shortened version of the phrase: parents are watching. So if you catch your thirteen-year-old using this one you need to watch them all the more because they’re probably up to no good.

While FYEO MIGHT seem like the sort of name LMFAO’s sister band might use, it is in fact a way to express in internet speak that whatever you’re sending someone is private. As in, for your eyes only. Of course, it’s still important to remember that anything you post on the internet is out there for the foreseeable future and never really private, so FYEO is actually something of an ironic acronym in our modern age.

Comments on 8 Internet Acronyms Everyone Should Know