The Myth of the “Active Shooter”: Rhetoric That Benefits America’s Pro-Gun Agenda

Politicians, the media, and people in positions of power have the ability to use language to manipulate how we view the world. We’ve seen it happen with the rise of the term ‘homeland’ in post 9/11 American rhetoric, we’ve seen it happen again and again with major news sources as this year’s controversial election process unfolds, and we’ve seen it happen when powerful people seek to spin the narrative and push groups like BLM out of favor. There are fewer more controversial topics in the U.S. right now than gun control. Following the horrific massacre in Orlando, gun control and the need for stricter gun laws rose to the top of the national spectrum. Yet once again, words and phrases are utilized to manipulate the conversation in favor of a particular political agenda – and it’s been so subtle that sometimes we don’t even realize it is happening! 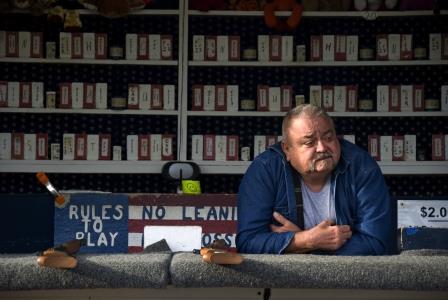 The myth of the ‘active shooter’

What do Americans do after a mass shooting? Do they put in place legislation to prevent yet another one from happening? No. They go out and buy more guns. Following the Orlando shooting, gun sales in the U.S. skyrocketed as Americans rushed to get their hands on weapons – especially semi-automatic guns like those used in many of these massacres. This is by no means a new trend. After almost every single mass shooting in the U.S., gun sales have increased. It’s a sobering look at the rampant paranoia that succeeds such terrible events, but also a glimpse at the clever narrative that makes us as Americans believe that the solution to our gun problem is, in fact, more guns.

Probably one of the first national experiences with an ‘active shooter’ in our collective mindset is the Columbine shooting in which over a dozen people were shot and killed at a high-school in Colorado. As Americans across the nation watched the event play out on TV, the words ‘active shooter’ began to make the transformation from a police term to one every single citizen is privy to and familiar with. Now, nearly twenty years and hundreds of mass shootings later, ‘active shooter’ is a phrase which has grown into the American psyche like a terminal tumor. The media has taught us that anyone in a crowd of people could be an ‘active shooter’. We are conditioned to fear anyone and anything, to worry about going to the mall, the movies, or even to school because the next ‘active shooter’ could be lurking just around the corner. The ‘active shooter’ is an American menace, his face a blend of the hundreds of individuals who have taken too many lives. And yet, because we never know who the next ‘active shooter’ could be, we have to be armed in order to protect ourselves from the threat. We’ve been made to believe that giving up our guns is putting more power into the hands of the next still faceless, nameless ‘active shooter’. And that, folks, is how a single phrase can influence an entire nation.

The terror and the ‘terrorist’

While using the word ‘terrorist’ to describe the perpetrator of a mass shooting can color our view of these types of incidents, it is perhaps the times when we don’t use the word ‘terrorist’ that truly affect how we see our culture and society. Last year, a man named Dylann Roof walked into a church in South Carolina and opened fire, killing nine people. In the months following the incident, you would be hard pressed to hear anyone utter the word ‘terrorist’ when talking about Roof. According to mainstream media Roof wasn’t a terrorist committing an act of terrorism, he was termed ‘mentally ill’, the shooting described as a ‘hate crime’. In case you didn’t already know, Roof is white. And so the media humanized him. We were made to believe he was a victim of his own circumstances, a victim of a system which didn’t provide him with the mental healthcare he so desperately needed. This creates in American society a different set of priorities. In one case we place the blame entirely on the ‘terrorist’ and insist that he or she was motivated by evil, in the other we excuse the attacker and portray his actions as outside of his realm of control. We are led to believe that an attack carried out by a person of color is unavoidable, while excusing a white person’s motivations for doing the same thing.

Liberally using (or not using at all) the word ‘terrorist’ when describing a gunman fosters an ‘us vs. them’ mentality where we are programmed to be suspicious of people of a certain demographic. And the solution to these threats isn’t to improve our mental health system, as people are prone to suggest when a shooter is white, it’s to arm ourselves so that we’re prepared the next time a ‘terrorist’ tries to take lives. There’s no need to play the long game when dealing with ‘terrorists’ because they only understand violence. Evil must be dealt with swiftly, not coddled and pitied or labeled as ‘mentally ill’ – or so our media and government tells us. This creates the alarming attitude that those we deem and label as ‘terrorists’ can never be negotiated with, you should be packing because you’ll need to aim to kill, right? Terrorism is perceived as such a consistent threat in the West that it’s not surprising at all that words like ‘terrorist’ help to foster an agenda which encourages us to be armed instead of seeking another way to deal with these crises.

Do you think the rhetoric the government and media use is motivated by a political agenda? What words are used to foster a specific reaction in the populace? Share your thoughts below!

Comments on The Myth of the “Active Shooter”: Rhetoric That Benefits America’s Pro-Gun Agenda