Spanish Dialects for All: Is One Dialect Better Than the Other?

The Spanish language that we all know and love today originated in Spain. What with the Real Academia Española in action as the sort of language governing body since 1713, the language as it is taught, read, written, and spoken still retains much of the same roots. However, due to centuries of different socio- and geopolitical divide during the reign of the Spanish Empire, the language has had time to blossom and transform into variations quite different than what it originally was. Currently in the United States Spanish has grown due to immigration and an increase in business from Spanish-speaking countries.

As a result, the sheer fact of being able to speak Spanish places a worker in a different category when applying to jobs, making it not only beneficial for  you, but advantageous for the company as well. The Hispanic population in the US is estimated to be 30% by 2050, with Spanish speakers adding 9.2% to the world’s GDP in North America and the European Union. Taking this into consideration, which dialect is the best to learn? These findings would suggest a mixture of Latin American and European Spanish as the necessary Spanish to use for your career, right? Well, let’s take a further look into dialect acceptance in the corporate world and then let you be the judge of its importance. Before getting started, though, it’s important that we establish a few things:

First:
What is a dialect? A dialect is defined as a variation of a language that is used by a group of people from a particular geography.

Second:
Linguistic disclaimer: In this article, 5 particular different dialects are discussed that correspond to generalized linguistic features for each respective region. Please note that these groupings were chosen for editorial purposes and is not meant to discriminate nor disregard any country in Latin America, Spain, or Spanish-speaking territories.

Now the fun part: let’s break down the dialects. 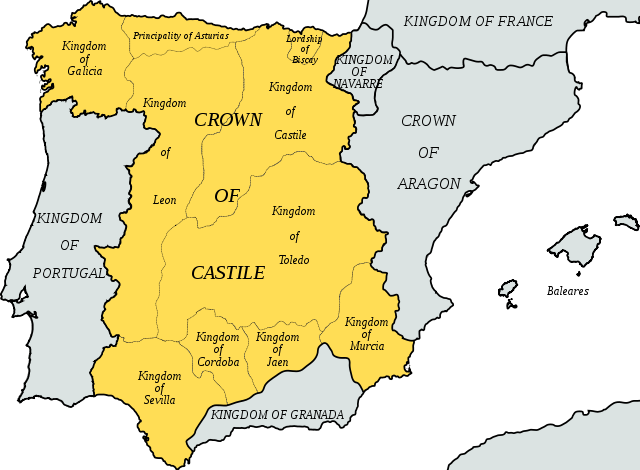 The Kingdom of Spain was once formed from the merging of Kingdoms Navarre and Aragon with the Crown of Castille. Sound familiar? That’s right, Castilian Spanish, or Spanish from Spain,  as it is known in English today, is where it all began. To equate it to an Anglophone ear, Castilian Spanish has a relationship remarkably alike to British English and American English, because the latter stemmed from  the prior. Linguistic features to highlight:

To reiterate, with Latin American dialects please understand that I am making blanket statements to better show the linguistic differences presented within each region.

“Gran Colombia”  is a made-up umbrella term for this article in order to represent the shared linguistic features in the countries Colombia, Peru, Ecuador, and [barely touching] Bolivia. While there are many different regions within each country and dialects galore, there is a remarkable similarity throughout the whole region: clear, consistent vowel and consonant pronunciation. This is said to be the Spanish often used in the business world in the  United States and is more commonly taught than Castilian Spanish simply for that reason. At times the respective dialect can be almost indistinguishable within the region and still maintains its Castilian roots, but with a simpler, more relaxed twist. Linguistic features:

Despite its setting on the Southwest coast of South America, Chile had quite an impact due to European colonization in the 19th and 20th century. The Chilean Spanish is unique because there  is an influence with the Andalusian dialect and an impact from indigenous languages such as Quechua and Mapudungun. That, mixed with the geographical division and isolation from the rest of South America, makes Chilean Spanish an extremely interesting dialect to study. Linguistic Features:

The River Plate dialect  is  characteristic to  Uruguay, the North Eastern part of Argentina (engulfing Buenos Aires), and into Paraguay. Dissecting the River Plate dialect would be influence by the Spanish colonization of the region due to the Viceroyalty of the Río de la Plata in the 17th century and the Italian immigration along with  numerous other countries. This Spanish is called Castellano and Rioplatense is similar to Chile in that is influenced from the indigenous languages like the Guaraní and Quechua. Linguistic Features:

The Caribbean dialect demonstrates the great divide in Castilian Spanish that arose in the 17th and 18th centuries. This dialect arrived to the Caribbean and coastal areas of Latin America via ships that embarked from Andalusia, Southern Spain on trade missions in the new world. Thus there is a notable resemblance in the Spanish spoken in the Canary Islands and Andalusia as well as Cuba, Puerto Rico, Dominican Republic and the Caribbean coast of South America. Linguistic Features:

Now that we’ve covered that, what does it all mean? What did that prove? What it proves is exactly what you thought: there is no dialect that is particularly better to learn than another.

At present business is booming in Spanish speaking countries and the most important aspect to keep in mind is what demographic you are trying to reach.  There is an unspoken understanding that there is no proof that one dialect is better than the other. So no matter which Spanish dialect you choose, as long as you respect the regional differences and terminology it will always be useful to you in the business world.

Do you agree? What has your business experiences in Spanish shown you? Always open to read your thoughts.

Comments on Spanish Dialects for All: Is One Dialect Better Than the Other?